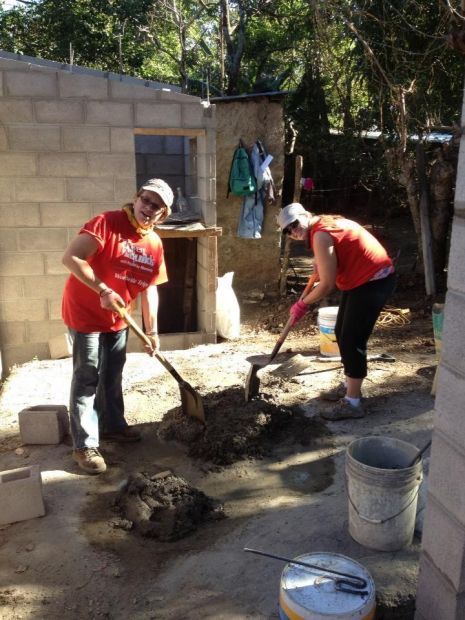 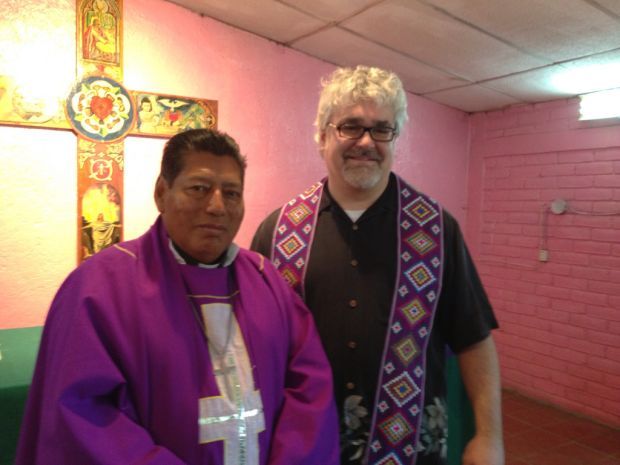 On at least one February day in El Salvador, the temperature difference between there and North Dakota was 100 degrees, So it’s natural that a few days after her return from a building trip there, Rita Keegan of Bismarck is still finding herself cold all the time.

It was Keegan’s 10th work trip to El Salvador, including two corporate trips with Thrivent Financial, since May 2008, and Schweitzer’s second.

Thrivent Financial for Lutherans, where Keegan works, supports the work through Thrivent Builds, in cooperation with Habitat for Humanity. Habitat for Humanity El Salvador and Cristo Rey Lutheran Church have committed to a new project called Partners in Faith, endorsed by the Salvadoran Lutheran Synod.

Families who will live in the homes contribute sweat equity, attend financial education classes and pay back their home loans, which are subsidized up to 50 percent to make them more affordable in a country where the average monthly wage is $224 and most church members work as day laborers, factory workers or street vendors.

Work teams also will help rebuild Cristo Rey Lutheran Church’s temple in the city of Santa Ana. Founded in 1974 and destroyed in the earthquake of 2001, the church has about 150 members.

The Rev. Carlos Najera of Cristo Rey will return the teams’ visit in mid-March. In addition to giving sermons at Good Shepherd the weekend of March 16-17, he will talk about the project at an open house from 9 to 11 a.m. March 16 at Good Shepherd’s Lynne Center. Also coming will be the Rev. Carlos Avalos, church relations coordinator for Habitat for Humanity El Salvador.

While the temperature change can take some adapting to, what takes more acclamation is the culture, Schweitzer said. What will stand out to Americans are such things as the presence everywhere of security people with automatic weapons, from the airports to parking lots, he said, and the distinctive smells of coffee, wood fires and diesel fuel.

You grow to love it, that connection with people, Keegan said.

“It’s hard to put into words. People call it life-changing,” she said.

What’s most important, speaking as a pastor, Schweitzer said, is the relationship formed between the team and the people in El Salvador.

In building the homes, people are creating more than just a house — though the concrete-walled, galvanized-metal-roofed, 22-by-17-square-foot homes will be earthquake- and mudslide-proof and will have clean running water, electricity, a septic system and a shower. They are building a community where people care for their homes and feel pride in them.

Even the members of Cristo Rey who don’t have such homes themselves volunteer to help build the houses, Schweitzer said.

Najera said Cristo Rey’s motto is “we are a poor church who serves the poor.” Cristo Rey has even started a mission church of its own, Schweitzer said.

The community is invited to the open house at Good Shepherd on March 16 and to any of the weekend services there March 16-17, when Najera will preach, to learn more about the work in El Salvador.

Good Shepherd is at Washington Street and Divide Avenue in Bismarck.

Watch Now: Good reasons to be careful with your credit cards