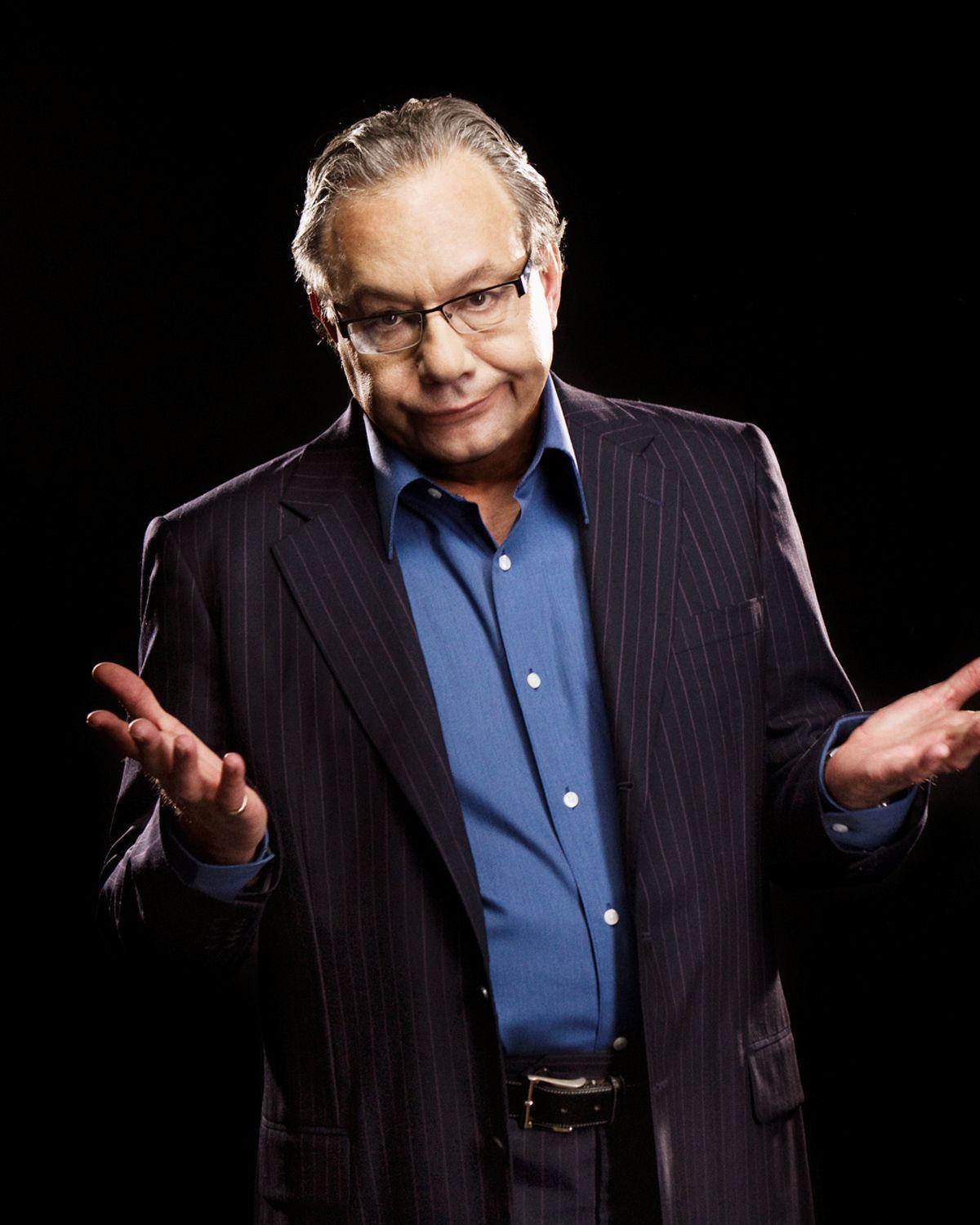 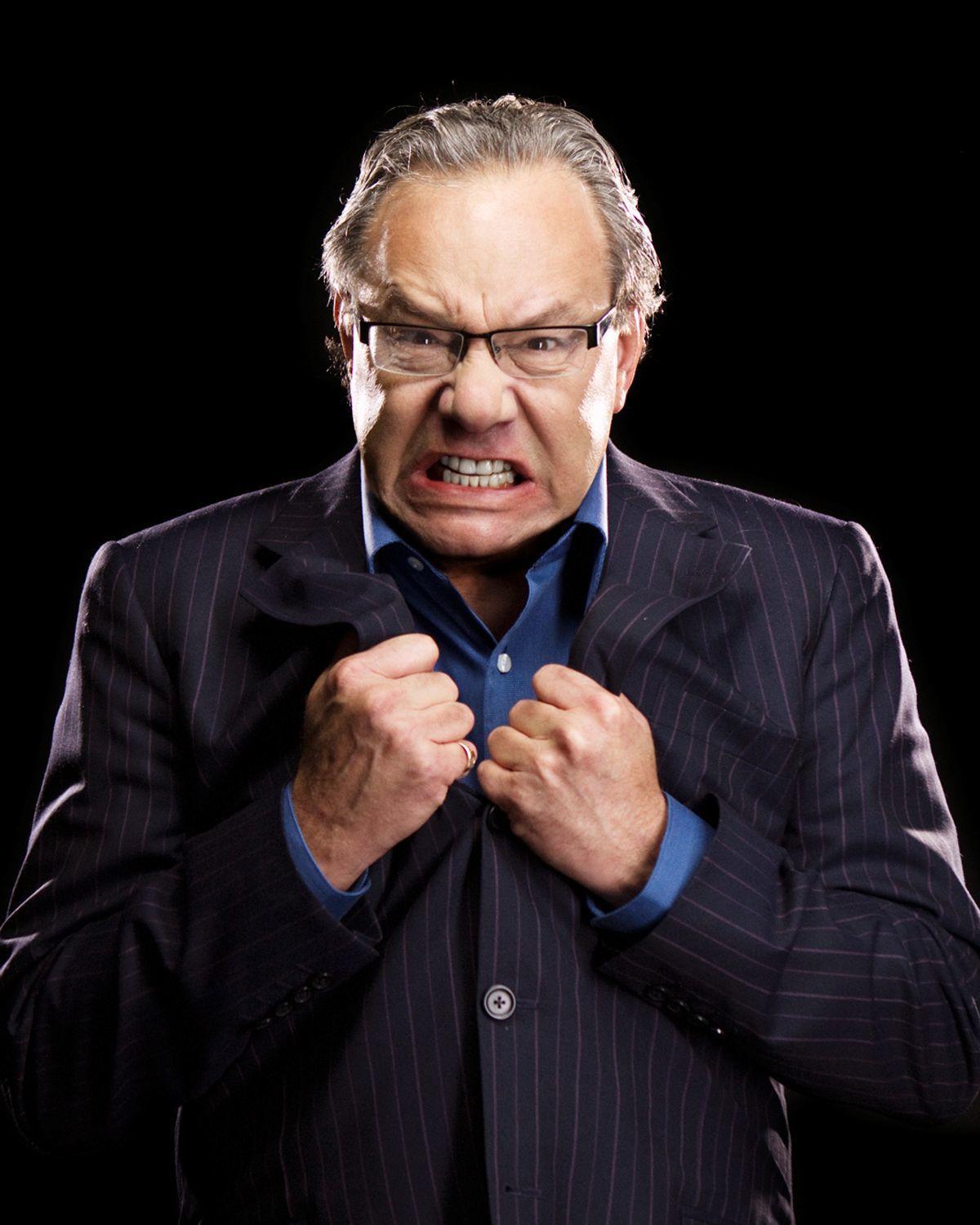 In the three decades that Lewis Black has been spreading his unique brand of fireball comedy and satire around the country, jabbing his finger in the air and yelling profanities to emphasize his points and his jokes, he’s noticed something about the U.S.

“There are no adults in the room, and there haven’t been for a long time,” said Black, who brings his “The Joke’s on US” tour to Bismarck’s Belle Mehus Auditorium on Saturday, Sept. 14. “That’s what (the tour) is about.”

The 71-year-old stand-up comic, actor, author, playwright and self-described socialist sees a dumbed-down America everywhere from McDonald’s – where a worker couldn’t tell him the difference between McNuggets and chicken tenders – to the White House, where he sees a “whiner” who doesn’t lead. Not even his supporters.

“Those people who voted for him gave up their right to whine, which is the most important freedom you can have,” Black said. But Trump “is not whining for them. He’s whining about himself. It’s unbelievable to watch.”

Black, born in Washington, D.C., in 1948 and raised in Maryland, got his start in show business in theater. He later ventured into stand-up and made it his full-time profession in the late 1980s. He has since performed around the world and branched into television -- from his renowned “Back in Black” rants on “The Daily Show” to his own comedy specials.

He won Best Male Stand-Up at the American Comedy Awards in 2001, and he has five Grammy nominations and two wins for his comedy albums. He has written three bestselling books and more than 40 plays. He has performed on the silver screen, even co-starring in one film with the legendary Robin Williams.

It was while writing plays in New York City decades ago that he first encountered bombastic businessman and celebrity Donald Trump. He doesn’t see much change in the man now, despite Trump’s change of address.

“An adult president, I’m sorry, has to remember the children are listening,” Black said. “That’s basic.”

But don’t expect a heavy dose of anti-Trump when Black takes the stage in Bismarck. He’s an equal-opportunity chastiser when it comes to political parties -- he sees politicians of all sorts doing the same dumb things and saying the same stupid things politicians did decades ago. And for Black, Trump is old hat.

“I’ve been making jokes about this man for 40 years,” he said. “You know what my problem is in talking about him? I’m tired of it. I’ve done it.”

He doesn’t even want to try to catalog all the joke material that has emanated from Washington this summer, noting that “it’s my summer, too.”

“There should be a constitutional amendment -- this is our time, we’re out barbecuing, we get to go on vacation, and part of that vacation is you idiots who think you’re in charge of us, shut up,” he said.

And there’s much more than politics that Black wants to talk about, ranging from dealing with elderly parents to things for which people should be thankful.

“I sound very upbeat now,” he said with a sarcastic chuckle. “I’m keeping that as a surprise.”

Black isn’t out to score political points. He won’t tailor his routine to his audience, even in a conservative state like North Dakota, noting “I just want them to laugh.”

“I’m there to entertain people, so there are times I get applause for something I said, and I say, ‘Gee, I’ve got to figure out what the joke is,’” he said.

But he does want people to smarten up and think for themselves. Thus his tour, which he said "is all about stupidity."

For example, he said, “We’ve decided to let people who never passed a science class tell us how to deal with climate change.”

He sees a greedier nation, filled with people unwilling to compromise, and one in which intelligence and common sense are lacking.

“No country has more and doesn’t know how to use it,” he said.

The answer to making America smarter, Black said, is “adults entering the room,” and leaders recognizing that “it’s not about you; it’s about us.”

Black said he might begin to scale back his performances after the next election cycle and focus more on writing. But he doubts he’ll feel less of an urge to point his finger and yell when he turns on the TV and sees someone acting, well, stupid.

For Black, life “just gets more delightful every moment. Keep the TV on, you can really lose your mind,” he said.

Reach Blake Nicholson at 701-250-8266 or Blake.Nicholson@bismarcktribune.com

What: Lewis Black “The Joke’s on US” tour

Twelve schools in North Dakota are operating on a four-day week for at least part of the year, up from six the year before.

The owners of Bessy’s Best in Sterling have announced that they will close their business at the end of the month.

A dominant performance by Demons

The magic number for the Bismarck Demons going into the state Class A wrestling tournament was 273. That would be enough to break the school …

The opportunity for the public to comment to the U.S. Coast Guard on the future of the Bismarck-Mandan Rail Bridge has almost ended.

Bismarck Park Board Commissioners voted unanimously Thursday to keep the name of Custer Park, to create a formal process to rename city parks …