Sales slightly exceeded expectations as 572 registered horses were sold at auction this past week at Kist Livestock in Mandan. Sponsored by Dave and Becky Hermanson of rural Mandan and Kist Livestock each October and March, it was the biggest spring sale since the joint venture began in 1979. The three-day sale brought an average price per head of $2,052, with the top 25 heads averaging $5,800. The nationally advertised sale brought people from 22 states and four Canadian provinces; 600 buyers registered for the sale.

Martin and Angie Schaff of Schaff’s Angus Valley of St. Anthony were named the 1994 Breeder of the Year by the North Dakota Angus Association at the group’s annual meeting held in Bismarck.

Mandan native Dennis Hilfer has been named manager for Dakota Cable Communications, formerly Meredith Cable. He has been with the Bismarck-Mandan cable company for 21 years and has been their chief engineer for the past 10 years. Hilfer graduated from Mandan High School in 1966 and served as a meteorologist for the U.S. Navy during 1966-69. He then attended Brown Institute in Minneapolis before being hired by Bismarck-Mandan Cable TV in 1974.

The Fort Abraham Lincoln Foundation has leased the Mandan Depot building from the city of Mandan and will moving into the building this spring. According to Tracy Porter, president of the Fort Lincoln Foundation, the foundation offices will be moved into the east and west ends of the building and the store, featuring Dakota made Indian art and jewelry, will remain open.

Temps recorded Monday, March 27: a high of 36 degrees; 31 degrees above zero for the low.

The New England St. Mary’s Saints came from behind with a 54-53 victory over the Belcourt Braves to claim the State Class B championship for the 1969-70 season. The Saints season record is 25-3 while Belcourt finished 23-4.

The final day of the winter fishing season was a day to remember for Mr. and Mrs. Frank Mrnak of Mandan, when Mrs. Mrnak managed to pull in a 26-pound Northern pike out of the Cannonball River, south of Mandan.

The old Missouri River was busily cracking the last chunks of ice from its banks this week and is now bracing itself for a good helping of melted snow from its tributaries.

“Funeral services were held this past week for North Dakota’s U.S. Senator John Moses, who died at a Rochester, Minn., hospital. Moses was the first Democrat elected by popular vote to the U.S. Senate from predominantly Republican North Dakota. His election in November 1944 came as he was finishing his third term as North Dakota’s governor. He had occupied his Senate seat for only a few days after defeating Gerald P. Nye in last fall’s general election when illness forced him to go to the Mayo Clinic at Rochester for testing and then surgery. Moses was born in Strand, Norway, in 1885, coming to the United States in 1905.”

“Word has been received from Pfc. Christ A. Ressler, son of Mrs. Monica Ressler, Mandan, that he has received the Purple Heart and Bronze Star awards for bravery and wounds while operating a SCR 300 (2-way radio transceiver) with the U.S. Signal Corps, during action against the enemy on the island of Leyte in the Philippines.

“S-Sgt. Wallace E. Nelson is expected in Mandan soon after completing 28 months in the European theater. He will visit his wife, who makes her home at 6th Ave. N.E. in Mandan.”

“Ernest H. Roderick, who for the past 15 years has conducted a barbershop in Mandan, has sold his shop to his employee, Wm. Schwartz. Mr. Schwartz, a war veteran, is a popular member of the local American Legion post.

“The newly-elected directors of the Mandan Commercial Club held their first meeting this past week to elect the following officers for the ensuing year: W.H. Ordway, president; J.W. Hintgen, vice president; Otto Bauer, treasurer; and George F. Wilson, secretary. Plans for an adjustment of the affairs of the old club, which is free of debt and has a small balance to its credit, will be discussed in the next meeting.

“Last evening in the Lewis & Clark hotel dining room, the North Dakota Dairymen and Buttermakers Association held their annual banquet, concluding with the awarding of prizes for the best butter exhibits on display. The first prize, a handsome watch, went to Charles Telleman, of the Hannover creamery; his butter was rated at 95.5. Second and third prizes were awarded to E.C. Capper, Blue Grass creamery, and to John Heinz, New Salem creamery. Fifteen creameries from around the state competed for prizes.

“Friends and relatives managed to spoil the wedding surprise of newlyweds, Mr. and Mrs. William Cummins, after finding the eloping couple and their attendants, Mr. and Mrs. Edgar Newgard, hiding in the vegetable room in the basement of the Presbyterian Manse at Bismarck. Miss Lenore Browning and William Cummins were united in marriage by Rev. Postlewaite and had planned to keep the marriage a secret until after honeymooning in Illinois and then making the announcement in June.

Upon being found, the entire party returned to Mandan and a very merry and informal wedding supper took place at the Lewis & Clark Hotel. The bride, who is the daughter of Mr. and Mrs. J.W. Browning, Belvidere, Ill., has taught in the local high school for the past three years. The groom is the eldest son of T.A. Cummins and is associated with the Cummins-Robertson company.”

“There was a shower of rain last night, just enough to lay the dust.

“Mr. Lanterman is having his windmill repaired and put in shape for the coming season.

“A force of men has been at work this week cleaning up the tracks and yards surrounding the depot buildings.

“It is said that out on the prairies, there is some nice green grass long enough for sheep to nibble at.

“Next Monday George Birchard begins his duties as city herder, and scores of people will be heartily glad to get rid of the stray cattle that have been roaming the residential areas this spring, trying the patience of many people.

“It will be probably recorded that the ice in the Missouri River went out at this point today. Mr. S.P. Weekes, coming in from the Riverside, said that he noticed the ice gliding gently down the river in cakes larger than he has ever seen at any previous breakup. At the bridge this morning, the river is not clear but the ice is moving down the river and is giving no evidence of trouble.

“The Crescent bicycle, for which Mr. J.D. Allen is the agent, appears to be the best value of any “wheel” on the market. Mr. Allen says that the $50-wheel, full size, for lady or gentleman, weighs only 24 pounds and is as good as many others offered at double the price.”

This column was originally printed in 2010. It's running again because historical archives remain closed at the state Capitol due to the COVID…

Ulmer: Life is a wonder-filled gift

Fertilize your lawn around Memorial Day

Fertilize your lawn around Memorial Day to support its growth and reduce the stresses of summer.

Kelsey Deckert: Tips for looking after your lawn

Now that we have had some warmer temperatures the past few weeks, our lawns have come alive and taken off. Some homeowners may have already mo…

Prairie Fare: Buying local meat may be an option

“If you have ‘helpers’ put them to work,” the article said.

This column was originally printed in 2010. It's running again because historical archives remain closed at the state Capitol due to the COVID…

Unless you’ve read books like “The Stand” by Stephen King you had no idea what a pandemic does to life as we knew it. The book is not for the … 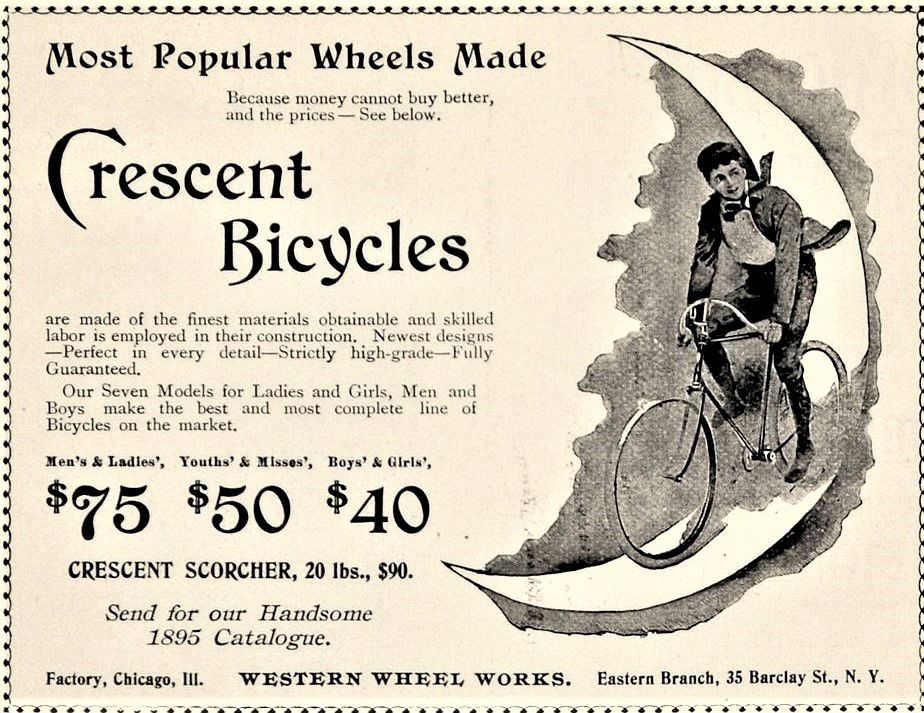 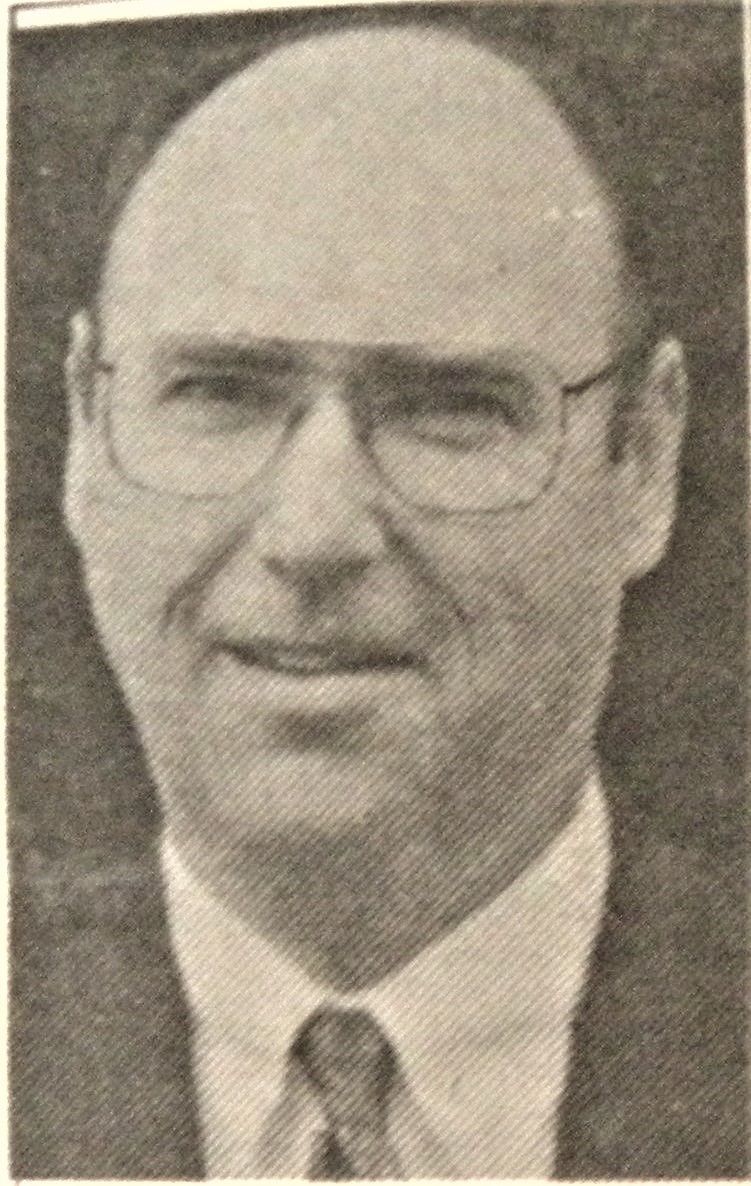