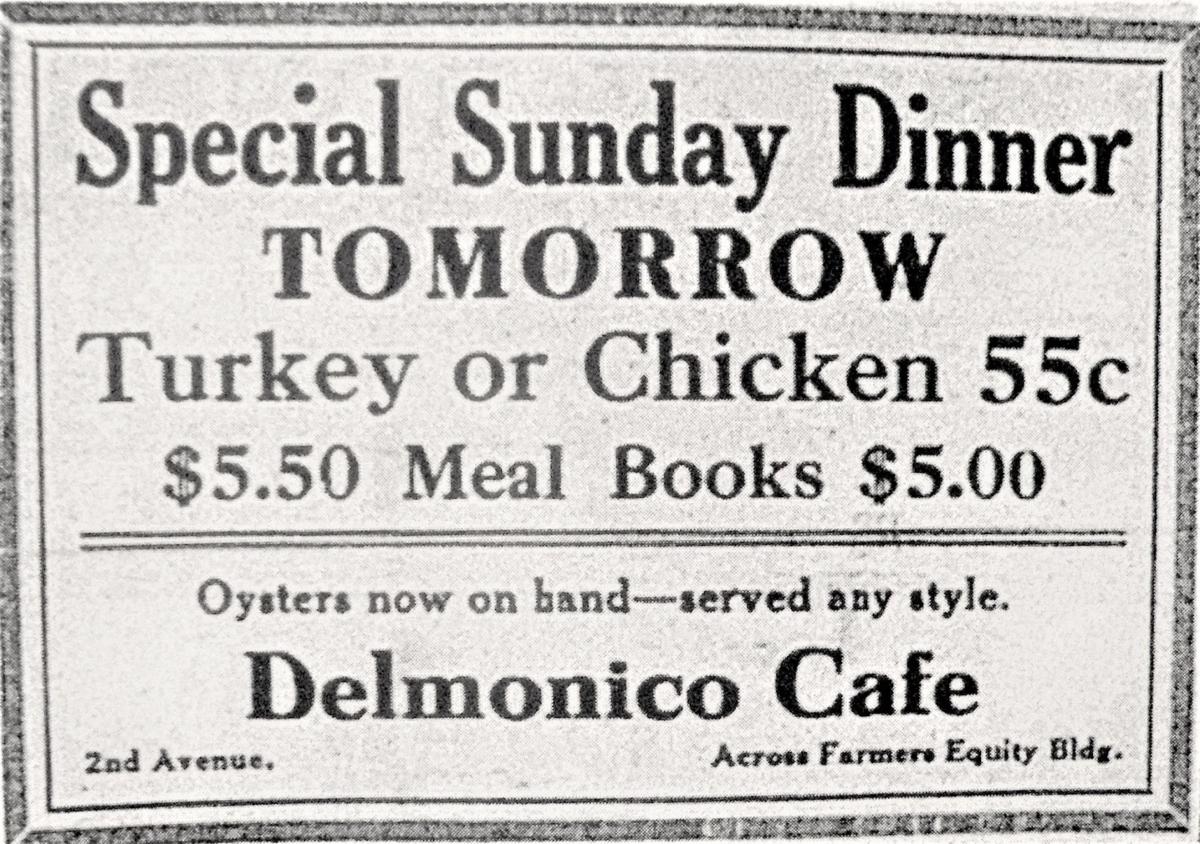 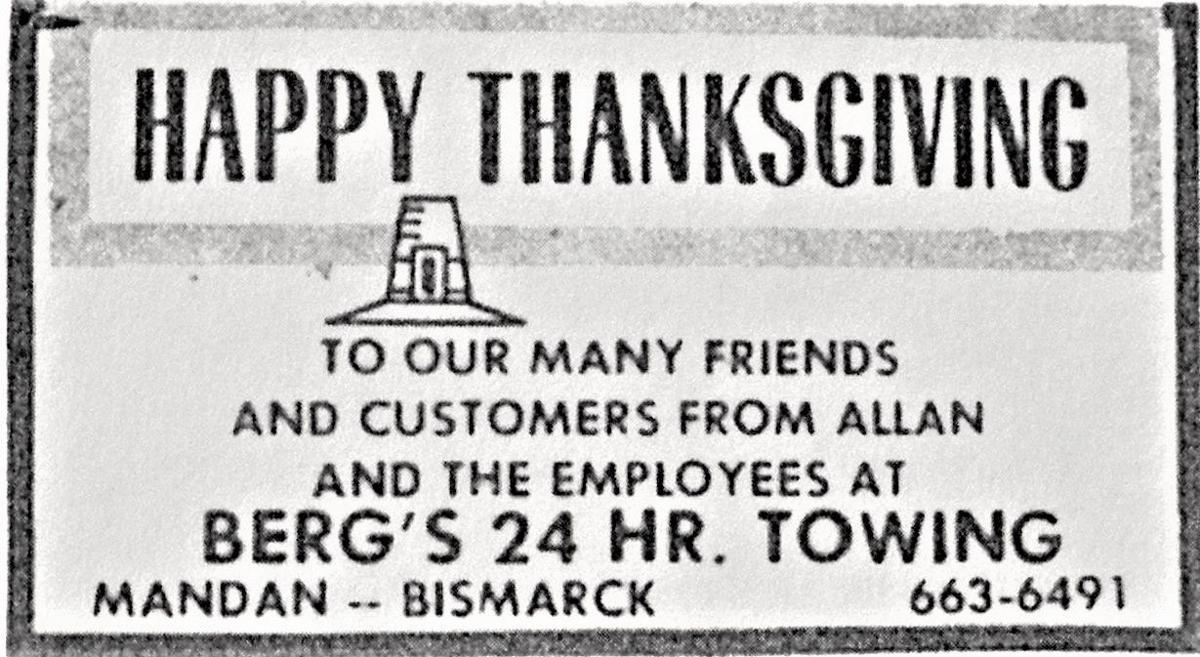 Mandan opened the 1994 wrestling season with a 40-27 dual win over Minot. The Braves notched five pins, one decision and one forfeit. Delaney Berger, wrestling at 171 pounds, made his pin with 1:45 remaining in the second period to put the dual away in Mandan’s favor. Ken Howard followed Berger at 189, pinning his opponent with 38 seconds left in the match. Three other Mandan wrestlers notched pins for the Braves: Jesse Beckler at 112 pounds; Bandon Wittmeyer, 125 pounds; and Ben Beckler at 130. The team is coached by Dave Mellen.

Tami Helmers has been selected as Mrs. Mandan and will represent Mandan in the Mrs. North Dakota pageant to be held in Fargo in the spring. She is employed at Eyecare Professionals of Mandan and together, with her family, owns the First Steps Day Care Center. Tami is also director of the Winter Daze Queen pageant, past director of the Folk Fest Queen Coronation and is a volunteer for numerous other community functions.

Mandan Lions President Herb Simons has presented to Ed Tostevin the Lions Monarch Award for 40 years of membership in the Lions organization. Tostevin was a charter member of the Mandan club, organized in 1925.

Thirty-nine former employees, including husbands and wives of the Mandan Beverage Company, held a reunion at the Mandan Country Club this past week, in honor of Mr. and Mrs. H. C. Funden, former employer. The honored couple were presented with a corsage and a boutonniere, and the after-dinner music was furnished by Steve Gratz. Mr. and Mrs. Funden will be leaving soon to spend the winter months in Sarasota, Fla.

Mr. and Mrs. Christ Helbling of Mandan were recently honored by their four children and families on the occasion of their Golden Wedding Anniversary. The couple married at the St. Anthony Catholic church in October 1919 and resided on a farm 10 miles southeast of St. Anthony for 35 years before moving into Mandan in 1955. Helbling had been employed with the Great Plains Field Station.

The state fire marshal has ordered the walls of the gutted McDonald Hotel knocked down as a safety measure after an early morning fire destroyed the hotel complex. There were about 35 persons staying in the hotel when the fire alarm sounded at 2:28 a.m. Five people were injured as they quickly fled by ladder from the three-story brick structure. Destroyed in the fire were the Korner Bar, Dr. Larson’s offices, the Gehring barbershop and William Engelter’s CPA offices. The building was constructed in 1902 and was operated as the Nigey Hotel until being sold to the current owner, Frank Wetzstein, during the 1930s.

North Dakota isn’t going for anything gaudy in motor vehicle license plates this year. They will be issued in plain black and white - white letters and numerals on a black background. Complying with an order of the War Production Board, only one plate will be issued for each vehicle for 1945.

Mandan High School’s Eddie Huber has repeated as a member of North Dakota’s annual All-State Football team. The 5-foot-11 senior, who was also a member of the 1943 All-State Team, played the “back” position for Mandan.

“Pvt. Robert L. Brigham is a prisoner of war of the Germans, according to a telegram received from the War Department to his mother, Mrs. Mary E. Brigham. Pvt. Brigham is 21 years of age and had been listed as missing since July 28. Mrs. Brigham has another son, T-5 Henry Brigham, who is with the artillery in France.

“The War Department has officially stated that Capt. John A. Dewey, 28, navigator with the army air corps, officially died on Aug. 25, 1944. Capt. Dewey was lost on a mission over France in August 1943, but an act of Congress declares a soldier missing in action as possibly alive for another year and a day. The certificate of death was received by his mother, Mrs. Nellie Dewey. Capt. Dewey was born in Glendive, Mont., and was a graduate of Mandan High School and the University of North Dakota. At one time, he worked for the Mandan Pioneer.

“The U.S. Navy department has notified Mr. and Mrs. John Russell Williams of Mandan that their son, 19-year old junior seaman John Russell “Buster” Williams, has been killed in action somewhere in the Pacific. No further details of the youth’s death was given.”

“Martial law went into effect this past week in the North Dakota lignite coal fields under a proclamation issued by Governor Lynn J. Frazier. With winter fast approaching, and until the miners, who are part of the nationwide striking United Mine Workers, have signed an agreement to return to work, the governor plans to take steps for no delay in coal shipments to the state’s towns and villages. The proclamation affects 34 mines, including the Washburn Lignite Coal company at Wilton, who are associated with the union. A force of 25 to 30 men have been dispatched to various mines with orders to assume control.

“However, until the strike is settled, Mandan faces a heatless, lightless, waterless and powerless siege. According to G. A. Renden, manager of the Mandan Electric Company, his plant has only enough coal to last five or six days. The electric company, through its central plant, heats about 40% of the business houses of the city. And if a cold snap should occur, water pipes could freeze and burst. Mr. Renden welcomed the governor’s proclamation.

“The Pioneer staff visited with a former Mandan railroad man this week, who is now working in one of the coal mines. He says that coal miners, even under the old scale, has railroading wages beat by a mile. He says his pay check for four weeks’ work was more than $240 or an average of $10 per day. He also said the majority of North Dakota miners are happy with their wages, unlike the union districts in other states.

“Walter G. Renden was the guest of honor Monday evening at a stag banquet tendered him at the Lewis & Clark Hotel by 14 of his friends. It was a farewell from his old pals who have jogged along the route of single blessedness with him for years and have mixed feelings of his departure from bachelorhood. Among the many gifts to the groom, was a special gift to be given to the future wife -- a rolling pin made of the softest wood possible. Mr. Renden is to be married on Thanksgiving Day to Miss Louise Duggan.

“Superintendent of Schools C. L. Love returned on Monday from Minot where he had been attending the annual convention of the North Dakota Educational Association. While there, Mr. Love was elected president of the State Superintendent’s Association. He also secured Mandan as the permanent location for future basketball tournaments of the Southwestern District.”

“Next Sunday is the first Sunday in Advent.

“Mr. William Simpson has opened a grocery store in the Peoples block.

“Mr. Louis Connolly is in town today from Oliver County where he was recently elected county commissioner. Mr. Conolly says that he is the only republican elected in Oliver County.

“Rev. C. O. Engler of the Evangelical church will hold German services at the Baptist church on Sunday, Dec. 2.

“No one should kick about our weather this year. A year ago, people were driving across the ice of the Missouri River. On Thanksgiving Day, the thermometer registered 12 below zero at 7 a.m., rising to 4 below at 2:30 p.m.

“There are several people in this city who would prefer that the Standard Oil company send along their oil to Mandan without being diluted with water or else, it should send along a supply of lamps that will burn water.

“On Thanksgiving night, Nov. 29, there will be a Grand Masquerade ball at the Town Hall at New Salem, to which everyone is invited. Tickets, $1 each, may be obtained from Mr. John Bloodgood and his committee.

“The new water mains were tested on Saturday afternoon and were found to be equal to the maximum amount of pressure. A stream was thrown over the Presbyterian church without any difficulty whatsoever. The mayor says the system will cost $1,800 less than that put down 10 years ago, and furthermore, it has been extended several blocks. As for the item of lead - more than three tons were used in the manufacturing of the mains.”

Seems to me that the big book said something about settling matters by poking each other’s eyes out would eventually make us all blind.