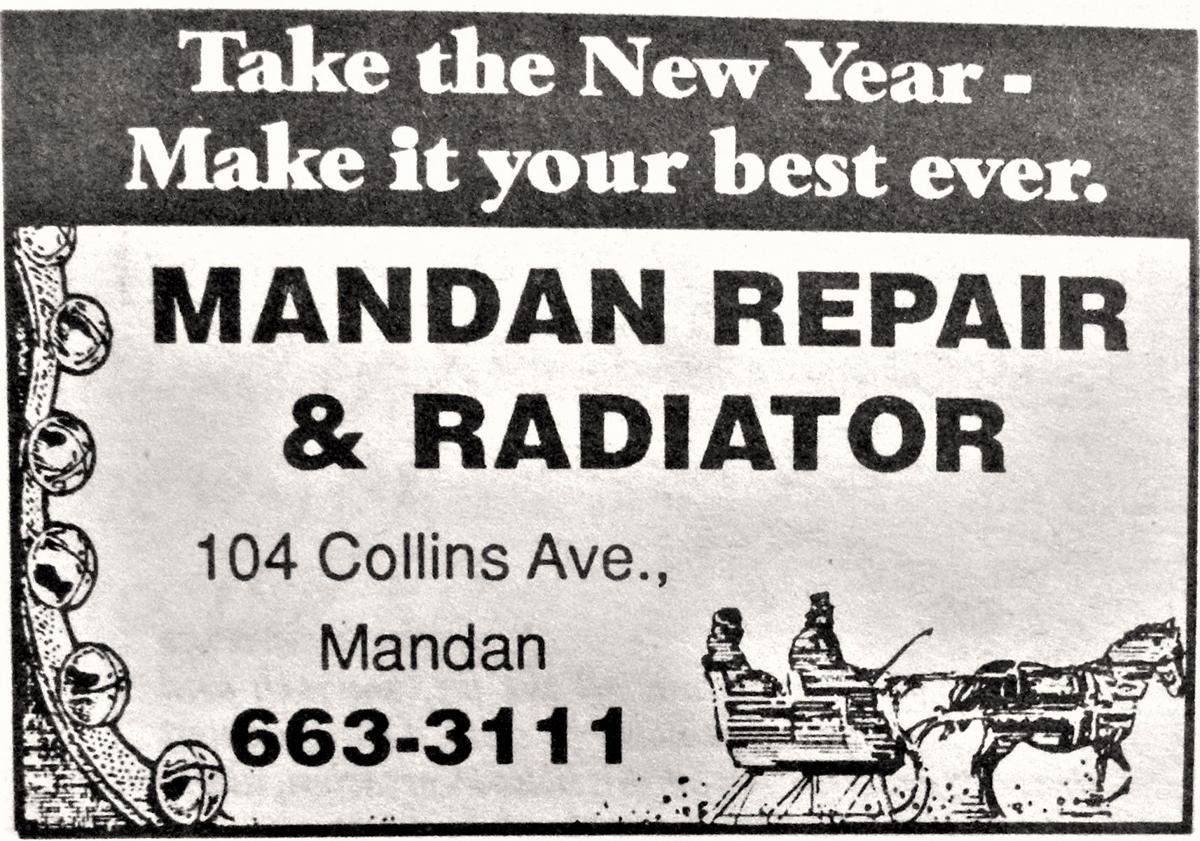 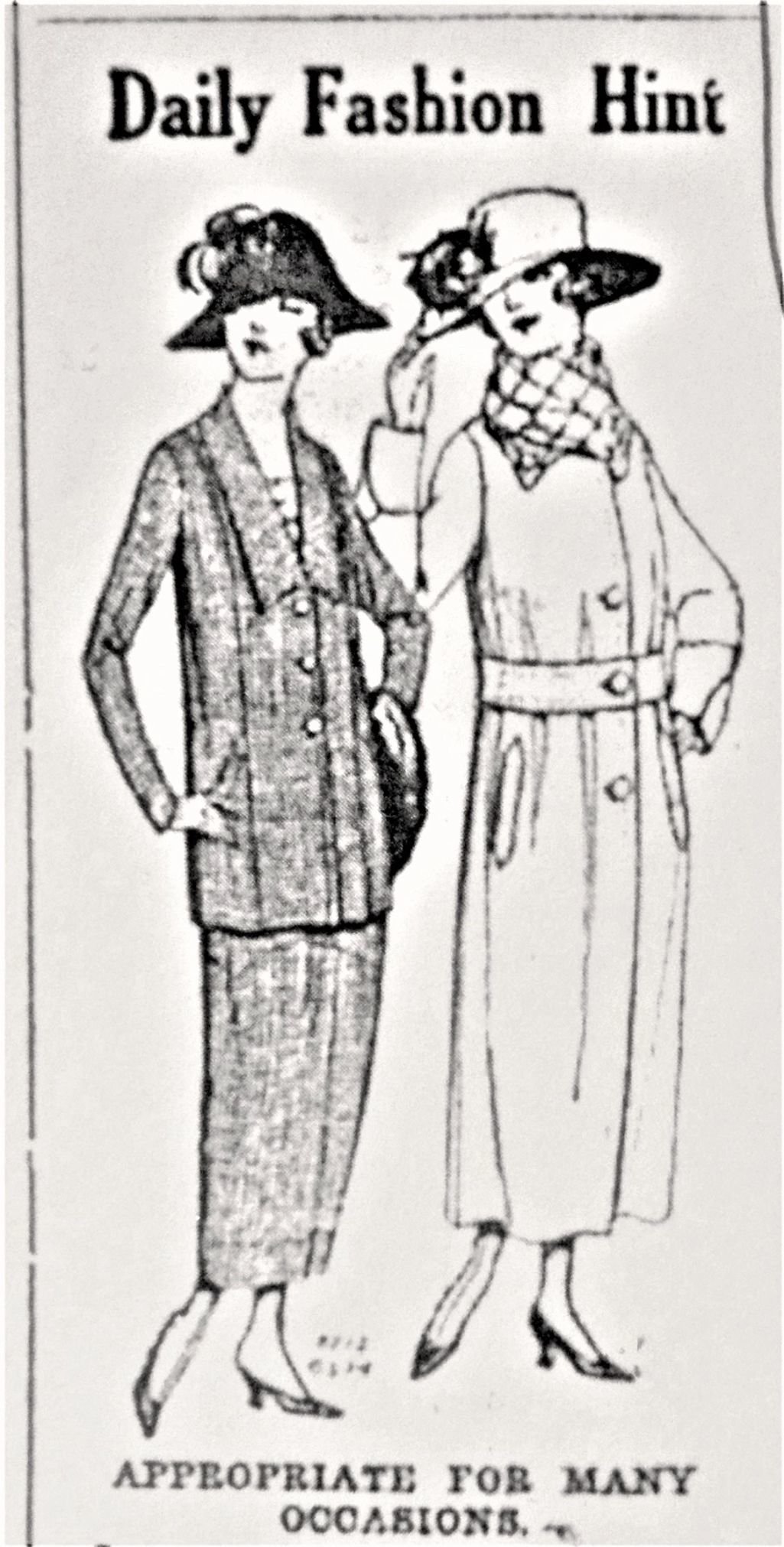 The Mandan High School Boys Swim Team defeated the Minot Magician swimmers for the first time ever in last weekend’s dual competition at the Community Center. The Braves won eight of 12 events, including all three relays, 111-75, to snap a 19-year winless streak against the Minot. Teammates in the win were Billy Willson, Robb Wagner, Casey Helbling and Jesse Frohlich who also competed in relays, along with Alan Martin, Troy Schuchard, Joey Schneider, Josh York and Jeremy Tipton. The Braves’ Coach is Ralph Manley.

Mrs. Klingensmith was a missionary and teacher and also served as the Morton County Superintendent of Schools for 14 years. In 1965 she was selected North Dakota Mother of the Year, and, as a result in later years, she was a familiar lobbyist at state Legislature sessions in support of the Equal Rights Amendment.

Ms. Mushik was a piano teacher for nearly 40 years in the Mandan-Bismarck area and became a member of the Belle Mehus teaching staff in 1941. She opened her own piano studio in Mandan in 1958. Many of her students became music teachers, while others earned top rankings in music competitions throughout the state.

Temperatures recorded Tuesday, Jan. 10: a high of 20 degrees; 8 degrees for the low.

Mr. and Mrs. Donald Lighthizer are the parents of Mandan’s first baby for 1970. John Paul was born Monday afternoon, Jan. 5, weighing in at 7 pounds, 6 ounces.

Vernon Humann, 32, is the new owner-manager of the Gamble store in Mandan, having purchased the store from Mr. and Mrs. Paul Myers. Humann has been associated with Gamble and Tempo stores for the past 10 years.

A late period scoring burst by the Mandan Braves fell short on Friday as they dropped a Southwest Region battle to the Fort Yates Warriors, 81-66. Though Mandan trailed by 10 at the half, the team rallied to go ahead by one point, 49-48, at the end of the third quarter. However, the Braves went into foul trouble during the fourth, and the Warriors soon regained the lead. The Warriors of Clark Swisher were led by Bob Eaglestaff who managed to score 38 points by game’s end. Top scorers for Mandan, Chris Assel, Victor Friesz and Jeff Zwarych, each tallied 15 points. The win put Fort Yates’ record at 8-0 for the season and 2-0 in the Southwest Region, while Mandan dropped to 7-3 overall and 2-1 in the region.

“James R. Hanson, formerly a pharmacist at the Mandan Drug Store, received his commission as 2nd Lt. in the Medical corps at Camp Barkeley, Texas. Hanson is expected to arrive in Mandan this weekend to spend a short leave with his wife, the former Inez Ohm who has been making her home with her parents, Mr. and Mrs. Carl Ohm.

“Art Digby of Mandan has been promoted from corporal to sergeant. Sgt. Digby is currently with General Patton’s army who are aggressively pushing back the recent German invasion of Belgium and France.” Living conditions are miserable here,” says Digby in a recent letter, “all rain and mud everywhere.”

“From the air service command in Italy comes word that Cpl. Bernard L. Stasney of Mandan works there as a base utility welder and also on military vehicles bodies. Cpl. Stasney says, “I’m here because I was needed, but it is back to the free and clean life on the farm for me when this war is finally over.” Stasney has been overseas since April 1943.

“In a letter from Iran received by Philip M. Barth, his son, Pvt. Ernest Barth, writes: “Guess you know by now that I’m not in Egypt any more. Though we do have lots better food, we soldiers really appreciate getting 30 bottles of beer a month from the states. It sure does taste good after a hard day’s work, but it still doesn’t taste like good old Mandan beer. By the way, I am getting the Mandan Pioneer, doesn’t matter if it’s three weeks old either. After I get through reading, it goes all through the barracks. Keep’em coming! Love, Philip.”

“The Treaty of Versailles, signed on June 28, making peace between Germany and the ratifying Allied Powers, was put into effect on Jan. 10. The making of the peace was begun shortly after the signing of the armistice on Nov. 11, 1918. The United States, however, is still technically at war with the German nation as President Wilson has been unable to convince the Senate to ratify the treaty and become a member of the League of Nations.

“Work was begun this past week in tearing down the old frame structure on the Hanley property on Main Street to make room for the new building which is to be occupied by the J.C. Penney Company.

“Joe Wong, a Chinaman connected with the Chinese Laundry in Mandan, died this week of pneumonia after a brief illness. The funeral was conducted from the Kennelly Undertaking parlors. Wong was one of the oldest residents of the city, arriving here in 1877 while being employed as a cook on the Benton Packet Line steamers on the Missouri River.

“According to a report from Morton County officials, the stork has a good lead in the city of Mandan over the grim reaper for the year of 1919 in comparison with 1918. In 1918, there were 134 births and 102 deaths for an increase of only 32. The cause of the small lead was due to the influenza epidemic in the last three months of 1918.

“For 1919, births totaled 151, while deaths were at 71, for an increase of 80 which is the largest increase ever recorded in Mandan’s history.”

“The Legislators are in session at Bismarck, and the Senate has, this week, reappointed R.N. Tuttle, editor of the Pioneer, for a third successive term as their stenographer. J. C. Leach secured a position as watchman. In the House, Thomas Conroy Jr. was appointed page. His father is an old timer at the business of getting his boys work at the Capitol during the Legislative sessions.

“Stockmen are heard to say that this is the most favorable winter for livestock and horses in this section since 1876, which Mr. Leach of Cannonball says was very much like the present.

“The boys and girls of Mandan, who were the recipients of new sleds from Santa Claus, think that Mr. Weatherman is not treating them right by keeping the snow away. Here it is, nearly the middle of January and not a good romp in the snow yet.

“As train No. 2 was approaching the city on Sunday evening from the west, and when near Mr. D. Cary’s place, it ran into and killed an ox weighing 1700 pounds belonging to Christian Jarvis; a cow belonging to Alfred Johnson; and a cow with calf belonging to E. R. Steinbrueck. Their claims have been made against the railroad company.”

Seems to me that the big book said something about settling matters by poking each other’s eyes out would eventually make us all blind.

Ulmer: Senators invoking the 'so what' defense

I was listening to Sen. Mazie Hirono from Hawaii talk about the impending Senate impeachment process when she accused Republicans of using the…