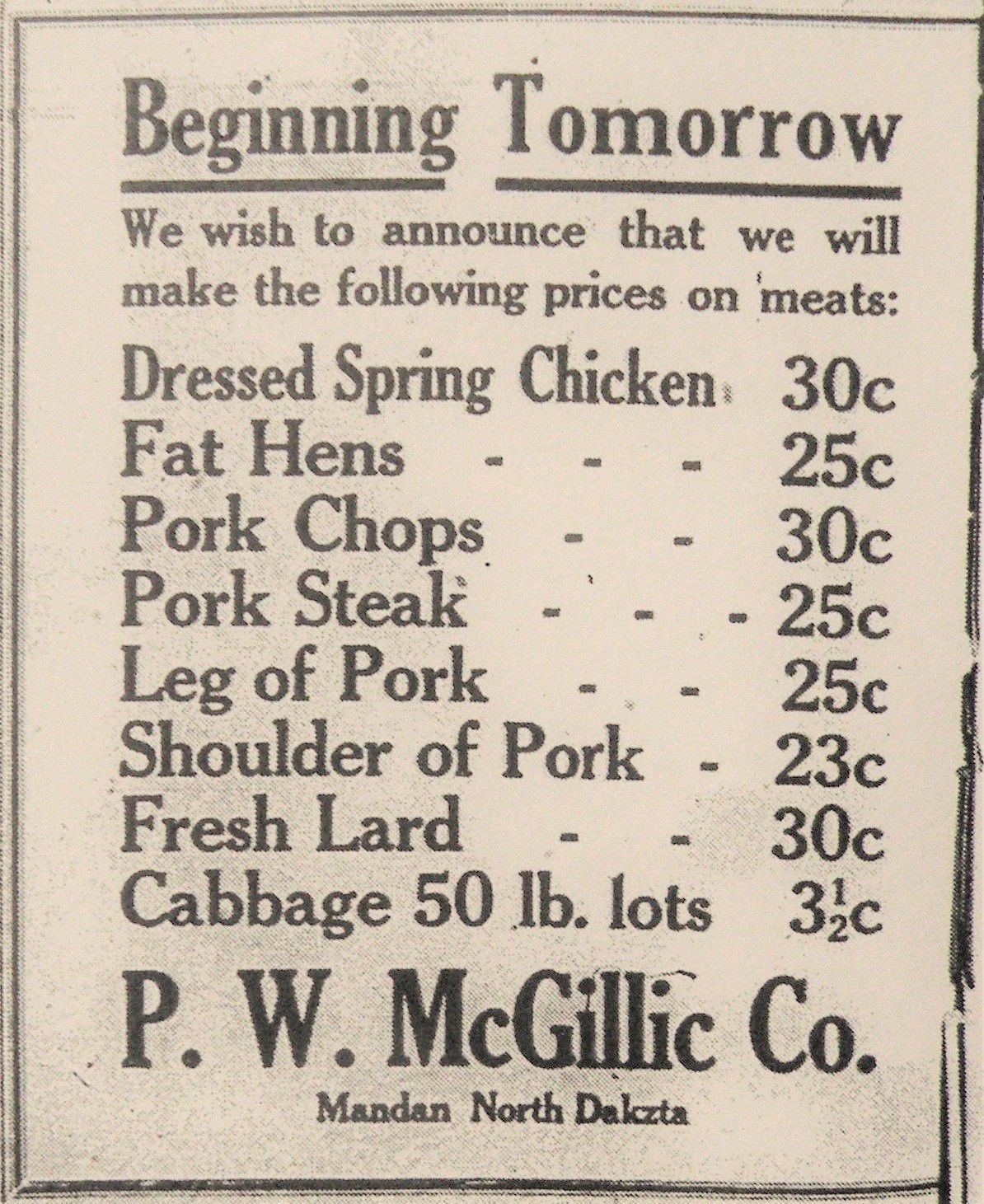 Mandan’s Ben Farner has been nominated to receive the National FFA Organization’s Honorary American FFA Degree during the 67th National FFA Convention at Kansas City, Mo. Farner has been involved with the North Dakota Future Farmers of America Association for more than 16 years; his emphasis being on the development and distribution of the FFA Student Handbook. Farner was elected to the North Dakota FFA Foundation Board in 1984 and served five two-year terms as director. He was presented with the Honorary State FFA Degree in 1988.

Mandan’s girls basketball team made its fourth consecutive trip to the State Class A tournament and came away with a third-place trophy. Their season ended with a 23-2 record, the only two losses at the hands of the State Champion Fargo South Bruins. The Braves opened the tournament with a 57-35 victory over Grand Forks Red River; but then lost in a squeaker, 45-44, to Fargo South. The girls then captured third place with a win over Williston, 43-37. The Braves head coach is Greg Amundson. Assistants are Bob Klemisch, junior varsity; Don Cross, sophomores; and Scott Winter, freshmen.

Ray Gronowski has celebrated his 30th year with the American Oil Company. Gronowski is a native of Whiting, Indiana, and was transferred to the Mandan Refinery in 1954. He has coached the Christ the King football team for several years and has also been active in Little League Baseball. He also has an honorary membership in the Jaycees for his continuous assistance in the annual “Be A Good Neighbor” program.

North Dakota State, boasting a perfect 9-0 record and ranked No. 1 nationally along small college teams by The Associated Press, has been named the first team to be picked for a berth in the NCAA College Division bowl games. The Bison will be playing in the Camellia Bowl at Sacramento, California, on Dec. 13. North Dakota State, located at Fargo and coached by Ron Erhardt (formerly of Mandan), has clinched its sixth consecutive North Central Conference championship.

More than 150 servicemen from North Dakota have died in Vietnam since 1961, about 85% of them killed in action. Killed in action were 87 Army men, 31 Marines, five Navy service men and three in the Air Force.

The American people have given 62-year-old President Franklin D. Roosevelt an unprecedented fourth term in the White House. Roosevelt and his vice president, Harry S. Truman, came away with 53.3% of the popular vote, but scored a landslide in the Electoral College, 432 to 99 for Republican opponent, New York governor, Thomas E. Dewey. The Roosevelt ticket also carried the majority vote in 36 of the 48 states. The 12 who went for Governor Dewey included North Dakota.

In North Dakota, opponents conceded the election of Democratic Governor John Moses as United States Senator and Republican Fred G. Aandahl as governor of North Dakota. Charles Robertson and William Lemke will represent the state in the U.S. Congress.

“Mr. and Mrs. Ralph V. Friesz have received word that their son, Capt. Arthur R. Friesz, was killed in a plane crash Nov. 7 at Elmira, New York. Capt. Friesz was on a mission with a double purpose -- both a test flight and a search for another plane that had gone missing. There were six men in the plane, a B-17, when an engine caught fire. Three of the men bailed out safely. However, due to the low altitude, the parachutes of the other three didn’t have time to open.

“Word has been received by Mrs. Tony Wetsch that her husband is now stationed in Holland. Cpl. Wetsch has been overseas with the paratroopers for the past 12 months. He is the son of Mr. and Mrs. Anthony Wetsch of St. Anthony.

“John Russell Williams Jr., seaman second class, USNR, was killed in action somewhere in the Pacific, according to a telegram sent from the Navy department to his parents, Mr. and Mrs. John R. Williams, Sr. Seaman Williams was born in Mandan in 1944 and attended Mandan High School until his enlistment in the Navy in August 1943.”

“John Rovig and Leon Skjod have purchased the Pioneer Hardware Store from the Vallancey Bros. and will take possession on Jan. 1. This business, which is one of the oldest in the city, was originally owned by C. A. Heegard prior to 1915.

“The new garage of the Western Auto company, opposite the Pioneer building on Second Ave N.W., is nearly ready for use. Heating equipment has been installed, and about 15 cars could be parked there by next week in live storage until spring. The Western Auto company covers a space of 100 by 140 feet and will be one of the largest automobile shops in the state.

“A case of scarlet fever has been reported to the health officer. The patient is Earl Daarud who lives just back of the courthouse.

“John Mushik and Sons, proprietors of the Champion Shoe Store and repair shop, are making improvements to their store. The repair department is being moved to the rear of the building, while the shoe sales area will occupy the entire front part of the place.

“Charles W. Farr of Chicago, assistant county superintendent of schools of Cook County, Ill., was in Mandan this week visiting his nephew, A. W. Farr of the Mandan Transfer Company. Mr. Farr is on his way to Minot where he will address the North Dakota Educational Association.

“Ernie Roderick, the barber, didn’t like the complaint some of his patrons made that barbers nowadays “ain’t like they used to be” meaning they were not as good talkers. So, to satisfy these kickers, he put in a phonograph, and you can now get shaved to slow, religious music or, if you don’t like that, he will give you a quick shave with jazz.”

“State Auditor-elect, Frank A. Briggs, of this city, attended the Republican victory celebration at Fargo on Saturday. He reports a royal good time.

“Twenty-six ladies voted for state superintendent of school in the second ward, and everyone expressed a pleasure at being allowed by law to exercise their suffrage in a matter of so much importance to them.

“Work is progressing rapidly at the Rock Haven ice harbor, northeast of Mandan. Upwards of 30 men and 19 teams of horses were at work there this week.

“A large army wagon loaded with supplies for the post exchange left for Fort Yates this evening.

“The InterOcean Hotel office is now fitted up with telephone communication between their office and the depot restaurant which is very convenient for hotel guests ordering their meals.

“George Betz: The men who came to my place a few nights ago and fired shots at my dog, are informed that the dog is still alive and healthy. The men are cordially invited to come for another visit.

“Newspapers, adjacent to Missouri River points, are printing interesting items about the voyage down the river by a schooner of Mr. and Mrs. J. B. Smith and family of Fort Rice who are making their way, in an improvised way, to Richmond, Va., for an extended visit with relatives. They are being piloted as far as St. Louis by David Lindsey.”

Prairie Fare: How do plant- and animal-based ‘burgers’ compare?

“How scientific do you want to be?” my husband asked.