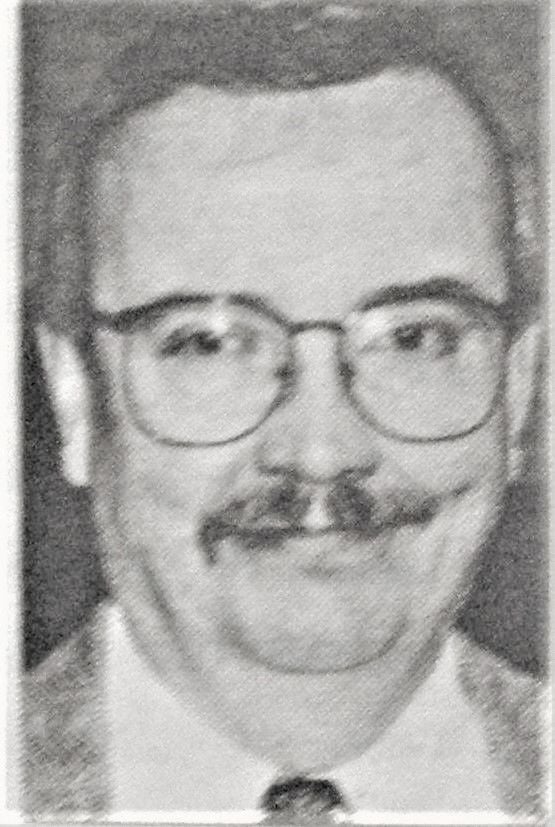 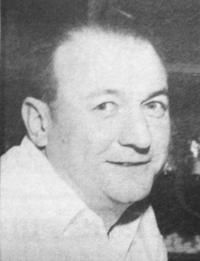 Mandan baker George Marback hauled 20 dozen fresh-baked sweet rolls to the state Legislature in Bismarck this week on behalf of the North Dakota Bakers Association. The rolls apparently proved to be good advertisement for his business, George’s Bakery on Main Street, as well. “There were none left over,” said George, explaining that 98 representatives and 49 senators ate 237 rolls. “Representative Jim Coats helped me take them over,” George continued with a grin, “and he introduced me, and they recognized me on the floor.”

“Staff Sgt. Ron Biberdorf has received the Meritorious Service Medal for exceptionally meritorious service while serving as a journalist for the 116th Public Affairs Detachment, North Dakota Army National Guard, from 1977 to 1994. Biberdorf served the 116th PAD as a journalist, section sergeant and editor of the ND Guardsman newsletter. The award was presented at Fort Lincoln Elementary School, Mandan, where Biberdorf serves as the principal.

Temps recorded Monday, March 20: a high of 43 degrees; 28 degrees above zero for the low.

Gary P. Miller’s painting titled “Boyhood Dreams” has been named “Best of the Show” in the fifth annual North Dakota Petroleum art show in Bismarck. One of the show’s sponsors purchased the Mandan oil engineer’s painting for the listed price of $500. This year’s show features 140 paintings with a total asking price of $11,000. More than 650 pieces of artwork have been shown during the five annual shows.

Two Mandan High School seniors, Douglas Nelson, son of Rev. and Mrs. T.C. Nelson, and Theresa Severson, daughter of Mr. and Mrs. Roy G. Severson, have been named National Merit finalists, according to Principal Archie Shaw. They were among 15,000 merit scholars in the entire country, equal to one-half of one percent of graduating seniors.

Area residents traveled to Bismarck this week for the opening of the Woolworth department store at the new Kirkwood Plaza in south Bismarck. Cutting the ribbon were Bismarck Mayor E.V. Lahr, along with James Marthaller, general manager of the store.

A large crowd of area residents attended the annual Mandan Hospital Volunteers’ Dinner-Dance held March 14 at the Mandan Elks Lodge. This year’s theme centered around St. Patrick’s Day, and the ballroom was decorated in various shades of green, along with posters featuring leprechauns, pot of gold and lots of clover.

“The Valley City Hi-Liners were crowned the 1945 Class A basketball champs, following their victory over the Minot Magicians, 49-31, in the finals of the 32nd Annual Class Tournament at Bismarck, thus winning their fifth state title. The Associated Press poll of coaches placed two Mandan players to the 1945 All-State Honor Squads. Named to the First Team was senior 6-ft. guard, Eddie Huber. Placed on the second All-State team was senior forward Henry “Buck” Eckroth, who was also named its co-captain, along with Dennis Mayer, Grand Forks.

“Cpl. George F. Wenger, reported missing Dec. 20 in Luxembourg, is now a prisoner of war in Germany, according to a postal message, dated Jan. 16, received by his mother, Mrs. Barbara Wenger, Mandan.

“Barney Red Tomahawk, Cannonball, has received the Purple Heart, awarded posthumously to his son, Pfc. Leonard Red Tomahawk, killed in action during the invasion of Leyte in the Philippines. The award was sent from the commanding general’s office in Philadelphia. A second son, Joseph, also died as a member of the armed forces.

“Pvt. John J. Schantz of Mandan, a member of the 727th Railway Operating Battalion, which received numerous medals for jobs well done in the Tunisian, Sicilian and Italian campaigns, is now attached to the 6th army group in France, according to a dispatch received from the war department. Before entering the army, Pvt. Schantz was a brakeman for the Northern Pacific Railroad.

“Mr. and Mrs. George Ulman, Mandan, have received a letter from their son Pfc. Walter Uhlman of the 5th Marine Corps division. He was wounded during the recent battle for Iwo Jima and is now hospitalized somewhere in the South Pacific. In his letter, dated March 8, he wrote: “I was wounded and taken off Iwo Jima March 2, after arriving there Feb. 19. It took the enemy 12 days to get me. I also saw another Mandan boy there, Carroll Christenson, but he was still OK after eight days on Iwo.”

A beautiful, balmy spring Sunday, that brought out the spring bonnets, was transformed into a raging blizzard the following Monday afternoon. According to weather officials, North Dakota, Montana, Minnesota, Wisconsin and other Midwestern states were in the grip of the fiercest storm since 1888, which produced a new record in low barometer readings, the needle dropping to 28.66. The wind also grew in intensity throughout the day, at one time reaching 65 miles an hour during the afternoon. At the end of the storm, the weather bureau instruments showed an average of 45 miles an hour, along with a total snowfall of eight inches.

The official death total from the blizzard stands at nine, unless other frozen victims are discovered under snow drifts and in snow-covered ditches this week. Eight of the nine deaths are children under 16 who were caught in the storm while on their way home from school, including four young boys from the Gust Wohlke family of Ryder. The deaths also included Hazel Miner, age 16, of Center, who sacrificed her life to save her two younger siblings by lying on top of them while huddled in an overturned buggy. The lone adult victim was 29-year-old Charles Hutchins, a returned soldier, who died near Douglas while attempting to reach some livestock on his farm.

The Mandan High School basketball team drew third place in the finals after losing to Valley City, 16 to 7, in the afternoon semi-finals of the state tournament played at Fargo. The morning game resulted in a victory over Kenmare with a thrilling overtime game, 18 to 17. Mandan’s Fritz Tavis, senior star forward, won the favor of tournament officials and captured the title as the “best all-around player” in the meet and was given the position as first forward on the All-State team, joining junior guard Leslie McDonald. Honorable mention honors went to junior center, Glen Gray. The Braves were coached by Karl Ericson.

National News: “According to a book of rules for employees of the federal reserve bank of Chicago, none of their male employees who receive less than $125 a month salary will be permitted to marry without talking with their chief clerk. According to vice president McKay, “The sum of $125 is the minimum on which an employee can risk a matrimonial venture. This is the lowest sum on which two people may live in these days.”

“Spring is here, and tramps and hobos have begun to make their presence felt.

“State Auditor Briggs was doing business in Mandan yesterday and looked in at his old office in the courthouse.

“The assertion ‘times are hard’ is dispelled by the large number of costly bicycles that are constantly arriving.

“When riding her bicycle, Mrs. Read habits herself in a becoming divided skirt costume of navy blue cloth with a tight fitting jacket. She now says she enjoys the exercise on her ‘wheel’ immensely.

“This is the season when we are reminded that every well-ordered housewife is getting ready for the annual assault on the dust. A great many downtown businessmen should imitate them this spring. Now, why not repair that rotten sidewalk? Give that weather-beaten store front a smart coat of paint; set up new hitching posts and awning supports and freshen up the old sign or get a new one. Make ready for your business guests as you would at home, and they will certainly repair your business and liberally.”

Ulmer: Trying to understand the rush to buy toilet paper

A virus is a submicroscopic infectious agent (like 20,000 of them would fit on the head of a pin) that invades, lives and replicates only insi…

Each April for National Child Abuse Prevention Month, we have the opportunity to promote healthy child development while raising awareness to …

OK so when was the last time you were told you couldn’t leave your house? My recollection indicates that it was a long time ago for me and mos…

Prairie Fare: Be prepared foodwise for spring and summer disasters