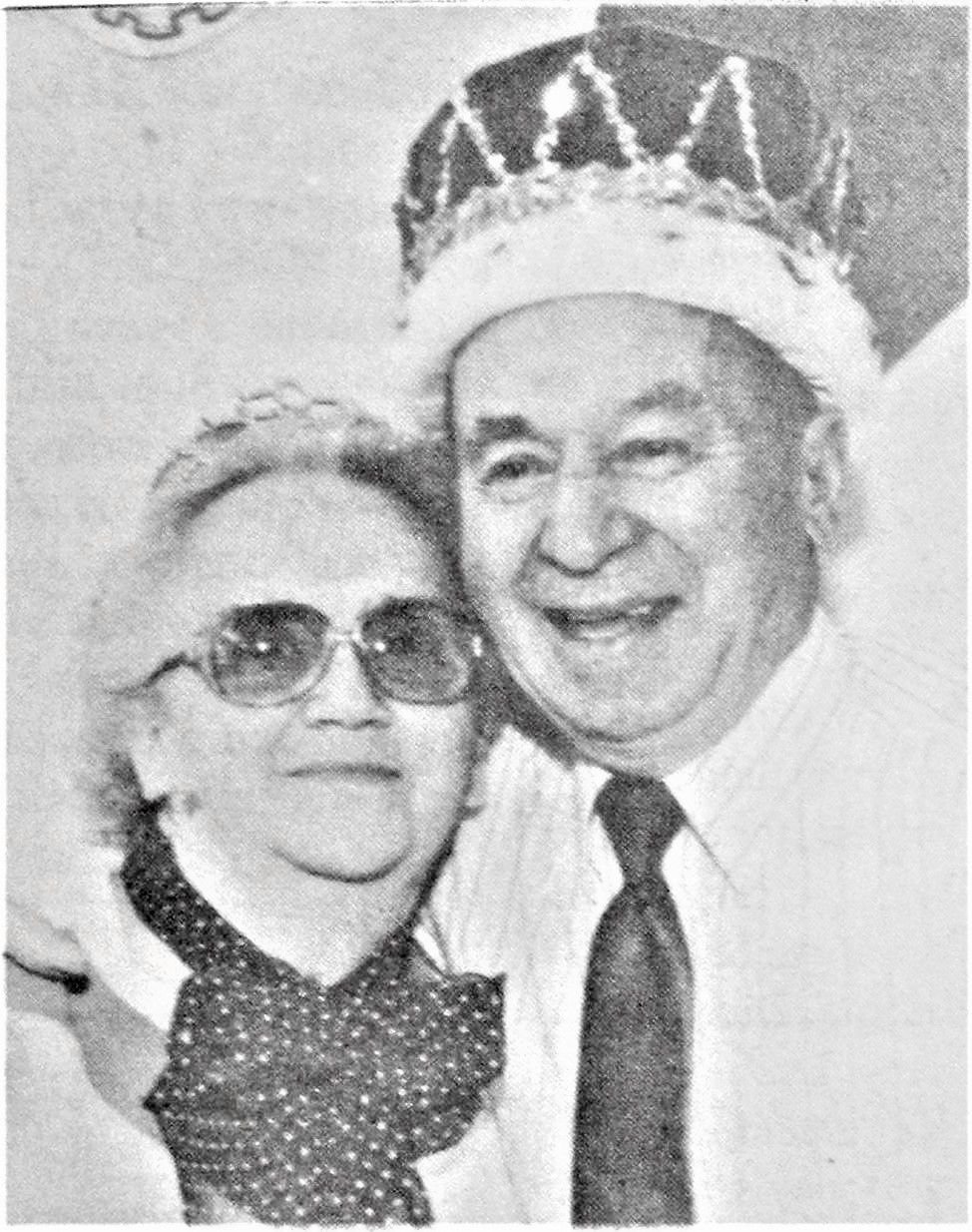 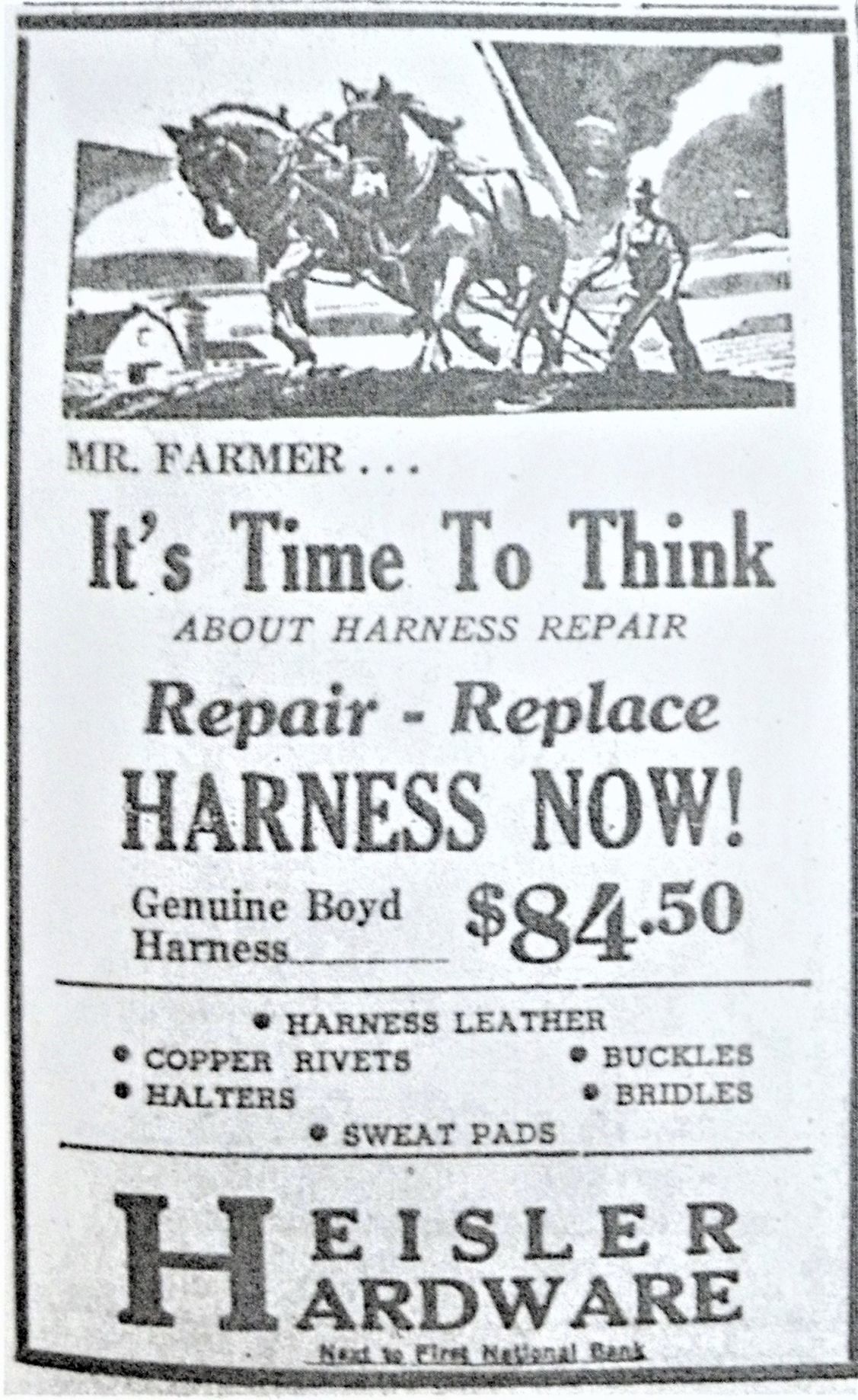 Bill and Margaret Weigel will reign as the Mandan Golden Age Club’s 1995 King and Queen, along with their attendants, George Doll and Bert Flink. The coronation will held during the Winter Daze Valentine dance held at the senior center on Feb. 14 with dance music provided by John Weisser. The new king and queen will be crowned by the 1994 royals, Elmer and Maude Haney.

The Mandan Braves won the first two games of a three-game homestand with WDA wins over Belcourt, 86-64, and Dickinson, 63-53. Mandan improved its record to 14-2, 10-2 in the Western Division. Inclement winter weather nearly cancelled the game against Belcourt. According to their head coach, the trip to Mandan took more than seven hours and included several stops due to the reduced visibility from drifting snow.

Byron Zachmeier has been promoted in the U.S. Air Force to the rank of Major at Hickham Air Force Base, Honolulu. Zachmeier, a civil engineer, is the son of DuWayne and Violet Zachmeier, Mandan. He is a 1977 graduate of Mandan High School; received a bachelor’s degree from NDSU in 1982; and master’s degree in 1991 from Air Force Institute of Technology, Dayton, Ohio.

Temps recorded Tuesday, Feb 14: a high of 10 degrees; 7 degrees below for the low.

The team event of the Ladies City Bowling Tournament came to an end last weekend with the Mandan Transfer team being the ruling champs. The team’s five gals are: Bev Howe, Sylvia Golke, Lil Lantz, Helen Kavonius and Virginia Burkhardt who compiled a 2879 team total with handicap for the winning set. The leaders in the doubles event are Barbara Middaugh and Phyllis Dinisen with 1237. Singles leaders are: Mary Ann Glass, 675; Shirley Neis, 672; and Jennie Schneider, 646.

Dennis and Larry Morrell, along with Randi Hart, all of Mandan High School, led a delegation of 60 of their long-haired classmates to the Mandan School Board meeting this week to protest haircut rules. The three had been suspended from school, pending a “shearing.”

After a half hour’s discussion, school board members unanimously reaffirmed the current policy whereby the school principal makes the decision on whether their hair length is “unusual.” A dozen students claimed their hair length should be their parent’s decision not the school’s, and it was a violation of their personal freedom and rights. However, according to Superintendent Spiss, the students, as minors, have different rights than adults. But one student disagreed and replied, “My rights include being old enough next week to fight and die Vietnam.” The meeting adjourned with the possibility that a student council recommendation may be considered by either the school board or administrators.

News from the Associated Press: “The German nation, beset by powerful invading armies from all sides, embarked on the 13th year of the Nazi regime, exhorted by leader Adolph Hitler to accept ‘boundless misery’ as the price of continued resistance. Germany, Hitler proclaimed to the world last night, will fight on to the death. Every able-bodied German male must remain at their posts to fight the advancing Russians, he said, as Berlin’s situation was declared to be growing more critical.

“Meanwhile, large columns of refugees from the east, in a never-ending flow, are moving westward through Berlin, fearful of the approaching Russian army and hoping to find mercy at the hands of the western Allies.”

"Sgt. Donald H. Peterson, 35, son of Mr. and Mrs. Axel Peterson of Almont, died in France on Nov. 30, 1944, from wounds received in an attack on the Siegfried line in Germany. Peterson was a member of a rifle company which succeeded in capturing 14 pill boxes and cleared out several tank traps in the attack. Peterson went overseas in March 1944 and took part in the Normandy invasion as a member of the 90th Division of the Third Army.

“Word has been received by Mrs. Maurice LaGrave, former superintendent of the Mandan hospital, now living in Minnewaukan, that her husband, Lt. LaGrave, was wounded in action on Jan. 17 in Belgium. Mrs. LaGrave has not, as yet, received more details of her husband’s condition.

“Mrs. Andrew Schmidt, Mandan, received word this past week that her brother, Joe Ferderer, has been promoted to staff sergeant from private first class. The letter was the first communication regarding her brother in two months. Sgt. Ferderer is currently in the Philippines.

“Pfc N. W. Zearley, son of Mr. and Mrs. John Zearley of Ft. Rice, has left for his new station at Santa Ana, Calif., after spending 21 days visiting his parents and friends. He has been in the army since May 1942, serving 30 months in the Panama.”

“Joseph Olson of Almont, a young ex-serviceman, is in Mandan today enroute to Placerville, Calif., having been notified that his uncle, Thomas Stevenson, has died at that place. The message came too late for him to attend the funeral which is being held today. However, the interesting part of the message was that his uncle had willed all of his property to Olson for the reason that he was the only relative he had ever seen in this country.

“Three years ago, prior to entering war service, young Olson took a trip to the coast, and, while at San Francisco, took a run to Placerville to see his uncle and found that Mr. Stevenson had a most beautiful home and was a very large landowner and rancher. After several days, returned to Almont where his parents, Mr. and Mrs. Jacob Olson, have lived for the past 30 years. He will leave Mandan for California tonight, with one of his brothers, to look after the extensive property interests his uncle left him, which are said to be worth about a half million dollars.”

“Tonight, at the Elks hall, will occur the much-looked-for costume ball. Special plans are made for the entertainment of the crowd, including delicious eats and a six-piece orchestra. One gent said today that he was going to wear a suit of armor so he couldn’t laugh his sides out. One of the pretty Mandan misses said that she was going to dress like a violin so she could attend with her “bow.”

News from New York: “The army transport, Northern Pacific, carrying the last contingents of the American Expeditionary Forces in France, has docked at Hoboken, New Jersey.

“Valentine’s Day is causing a brisk business at the post office today.

“Every resident enjoyed the Chinook breezes yesterday which hurried the melting of snow for at least one day. Old Sol smiled sweetly on all below him, and no one seemed to mind stepping around and through mud puddles.

“Yesterday afternoon many of the businessmen on Main Street were voluntarily enforcing the city ordinance relating to the clearing of sidewalks of snow. Pedestrians, especially the ladies, were extremely grateful and expressed their hearty thanks.

“A notice in the post office asks people who get over $4,000 a year salary to send word to Mr. Gus Lieber, deputy U.S. collector, Jamestown. Then he will inform them on how much income tax they’ll have to pay.

“A meeting of the lot owners of the Greenwood Cemetery Association was held at the office of Attorney Shaw on Friday evening. After a short discussion, a board of trustees were elected: W.A. Lanterman, president; Z. Gilbert, vice president; B.W. Shaw, secretary-treasurer; and C.P. Thurston, general superintendent. Hereafter, persons requiring lots should first apply to Mr. Shaw who has the plat of the grounds and who will make the legal transfer. Plans were then discussed for the beautifying of the grounds and their enclosure with a substantial fence.”

Ulmer: Exercise is the fountain of youth

Prairie Fare: Can you guess the vegetable?

Let’s see if you can guess one of America’s favorite vegetables with a few clues.