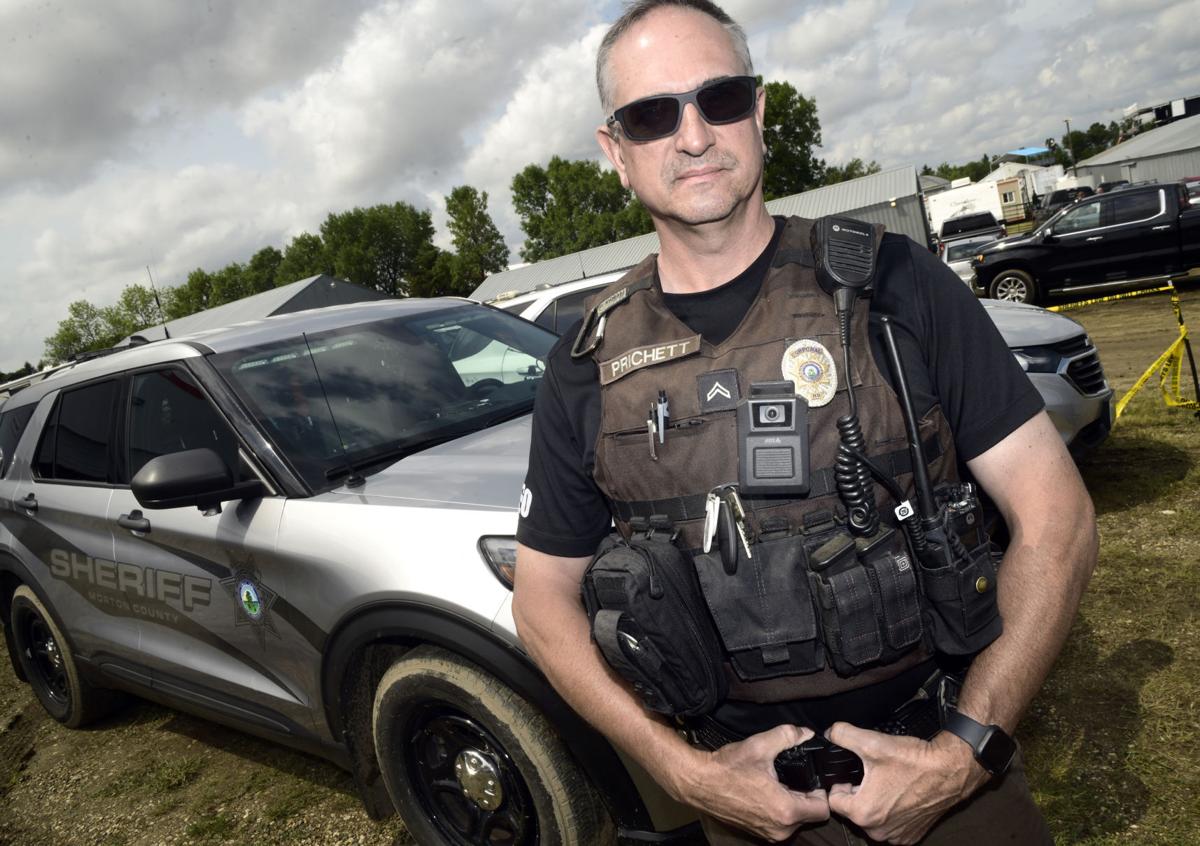 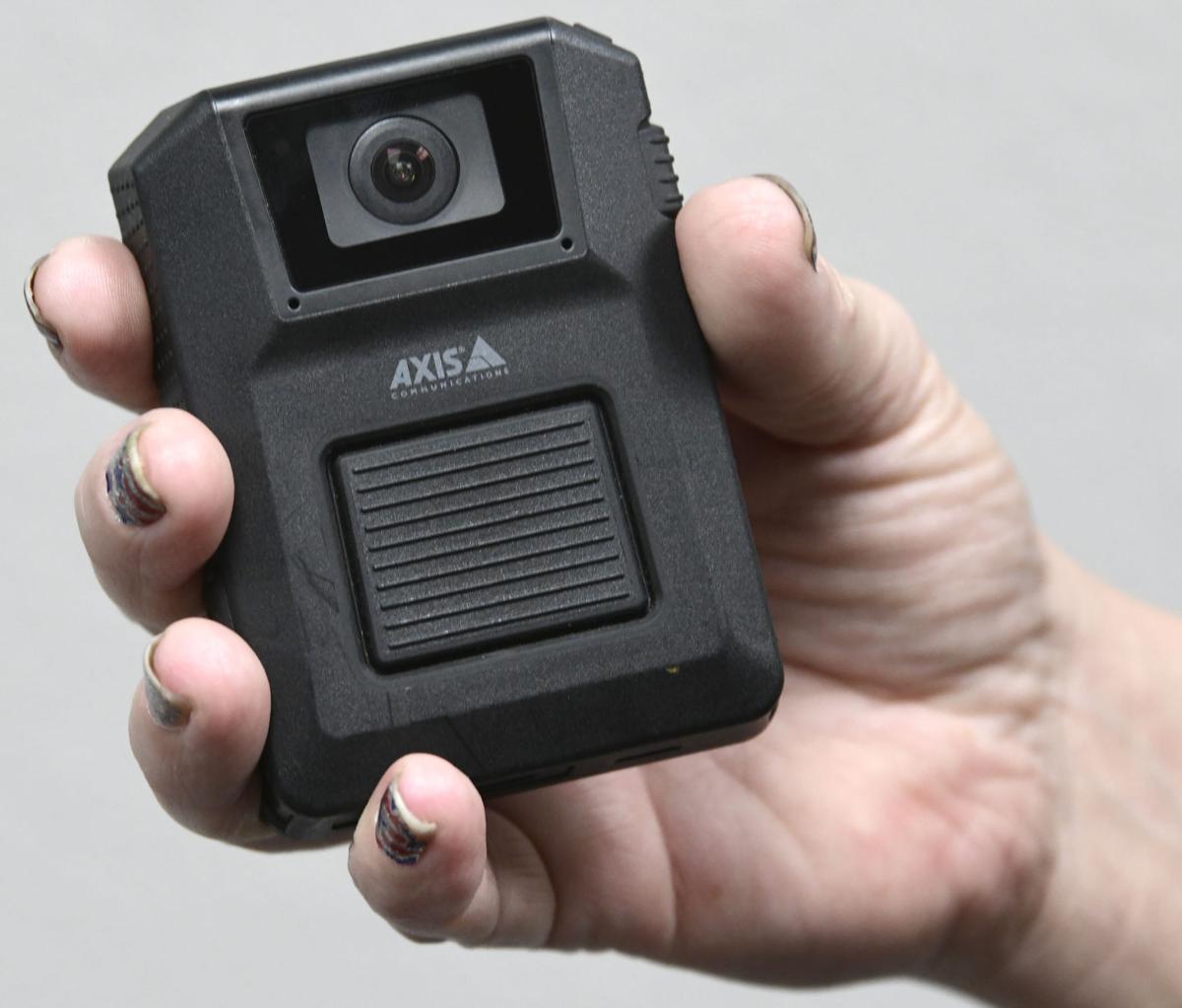 A body camera used by deputies at the Morton County Sheriff's Office.

As the Mandan Police Department moves forward with acquiring body cameras, both the Lincoln Police Department and Morton County Sheriff's Office recommend other agencies adopt the technology, which they said protects the public and those on duty.

Mandan police received approval from the city commission on Tuesday to apply for a grant to help offset the costs of body cameras.

“We think it would be a great addition to the in-car cameras we have now,” Deputy Mandan Police Chief Lori Flaten said. “Just having them in the cars is limiting and this would give a fuller picture of what goes on.”

Lincoln police began wearing cameras in February 2020. So far, Chief Robyn Krile said the cameras have been "absolutely fabulous" and have proven useful for multiple things such as training officers.

“I think they are a very valuable tool for law enforcement," Krile said. "They offer a perspective where you can see more than just what’s going on right in front of the patrol car. If an officer is inside a house or chasing a suspect down a field, you have another vantage point for everybody involved.”

Morton County Sheriff Kyle Kirchmeier said the department started using its cameras in May. He said he wanted to ensure that deputies would have access to video when the in-car camera system wasn't readily available.

"Not only does it protect deputies against complaints, it protects the public as well, so I think it's a win all the way around," Kirchmeier said.

Krile said Lincoln officers are required to use the body cameras whenever they're interacting with the public. Since Lincoln is a small department, she said officers have not had issues with overusing storage, despite using the cameras every day.

“The officers here have been very excited about them and are religious about using them," Krile said. "The only drawback I can think of is as the department grows, we have to keep buying more cameras, which is another few thousand dollars for each one.”

Both departments said it cost around $12,000 to get their cameras up and running. The Mandan Police Department is looking at a $182,449 package which includes 28 body cameras, upgraded in-car cameras, accessories, set-up, training and cloud storage for a five-year subscription. The department is asking for $36,918 in grant funding.

The Bismarck Police Department and the Burleigh County Sheriff's Department do not currently use body cameras.

Bismarck Police Chief Dave Draovitch said while the department would like to have them, they are not able to budget body cameras at this time.

Burleigh County Sheriff Kelly Leben said the department has discussed implementing body cameras extensively but does not plan on getting them soon. He said the cost and public record policies associated with the cameras are concerns that need to be addressed.

“At this point, we haven't made the decision to move forward with them,” Leben said. “Right now we feel comfortable with where we're at with the use of the in-car cameras and the external recording capabilities.”

Kirchmeier said implementing the cameras has been a learning process. He said it takes some practice for the deputies to wear them right to have a good angle. While he is still fine-tuning the policy, Kirchmeier said he plans on adding additional body cameras after getting used to the eight they already have.

“I think it's well worth it," he said. "With some of the complaints that come in against police officers, this is just something else that helps us investigate and look into those. As long as they’re out there doing their job and being accountable for what they do, there are no issues."

The state’s top prosecutor is warning North Dakotans that a man barred from acting as a contractor and facing criminal charges may again be defrauding homeowners.

Two people accused of using an elderly family member’s bank funds to travel, pay off a car loan and cover traffic tickets will go to trial in August.

About a dozen regulars were at the Silver Dollar bar Wednesday afternoon to celebrate the Mandan establishment's last day.

Parched Plains: North Dakota and drought have a long relationship

Drought is no stranger to North Dakota, but this one is one of the worst this century.

A body camera used by deputies at the Morton County Sheriff's Office.