Electronic land posting appears to have been an overall success in its first year in North Dakota, with extensive digital traffic on the day of the deer hunting season opener.

Thousands of landowners last year posted nearly 4 million acres of private land electronically through the first system of its kind in the nation. The 2021 Legislature passed a law for electronic posting that also allows only lawful hunters and anglers to access fenced, unposted land, for hunting and fishing activities only.

The public is able to see the electronically posted land through digital and print maps, at gf.nd.gov/hunting/private-lands#id-posted.

One Game and Fish app had 3 million clicks, pans and zooms on the opening day of North Dakota's deer gun season in November, according to Game and Fish Business Operations Manager Brian Hosek. He called that traffic "pretty impressive."

"This is definitely a big change for North Dakota," he told the Legislature's interim Natural Resources Committee last month. "We’re talking over 120 years of posting laws with the physical signage. Any time we bring in something new and we use the word 'technology,' you have varying degrees of comfort with that."

Game and Fish has fielded "a fleet of calls daily on a lot of different questions of this," he said.

Feedback has been mixed, according to Hosek. Some landowners struggled with the technology. Others appreciated the additional tool, especially since signs can blow over.

But not every hunter has a smartphone, Hosek said. And their usage of the system depends on how and where they hunt, he said.

Game and Fish Director Jeb Williams told the panel, "This was only year one, and keep it in mind that, all things considered, it went really well." He urged caution in implementing changes or adding features to the system that still is new.

North Dakota Wildlife Federation President David DeWald told the committee the first year was "a great success" for most hunters, with frustration from some people getting used to the technology.

The biggest complaint from hunters with smartphones was "how long it took to download the app," he said.

"If that's the biggest complaint you've got, that's not bad," DeWald said.

North Dakota's electronic posting allowed a group of nonresident duck hunters to plan their hunt a month in advance, according to Joe Schettler, a North Dakota Stockmen's Association district director.

Outdoors GPS app onX absorbed the state's data into its system. More than 15,000 hunters had used the North Dakota electronically posted layer of the onX app as of last fall.

Trespass violations and reports have been down over the past year, but it's unclear whether that's related to electronic posting, Hosek said.

Game and Fish could reopen the system for landowners to post new parcels as soon as Feb. 1, he said.

Land that was posted electronically before a July 15 deadline last year will remain designated through July 2022. Hosek said the system should be easy for landowners to renew their postings and "copy that information forward."

The man convicted of brutally slaying four people at RJR Maintenance and Management in Mandan in April 2019 has killed himself in prison.

Authorities have identified a Bismarck man injured when the all-terrain vehicle he was driving collided with a BNSF Railway train in Morton County.

An assistant prosecutor running for the post of state’s attorney will have the opportunity to respond to a complaint of a hostile work environment.

A new tennis complex in north Mandan will be serving recreational opportunities by next year.

North Dakota’s fall hunting seasons are on the horizon, with early Canada goose season getting underway next week. 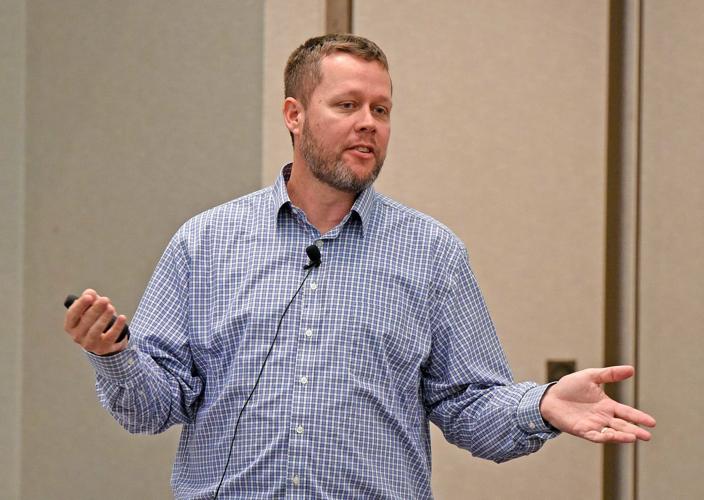