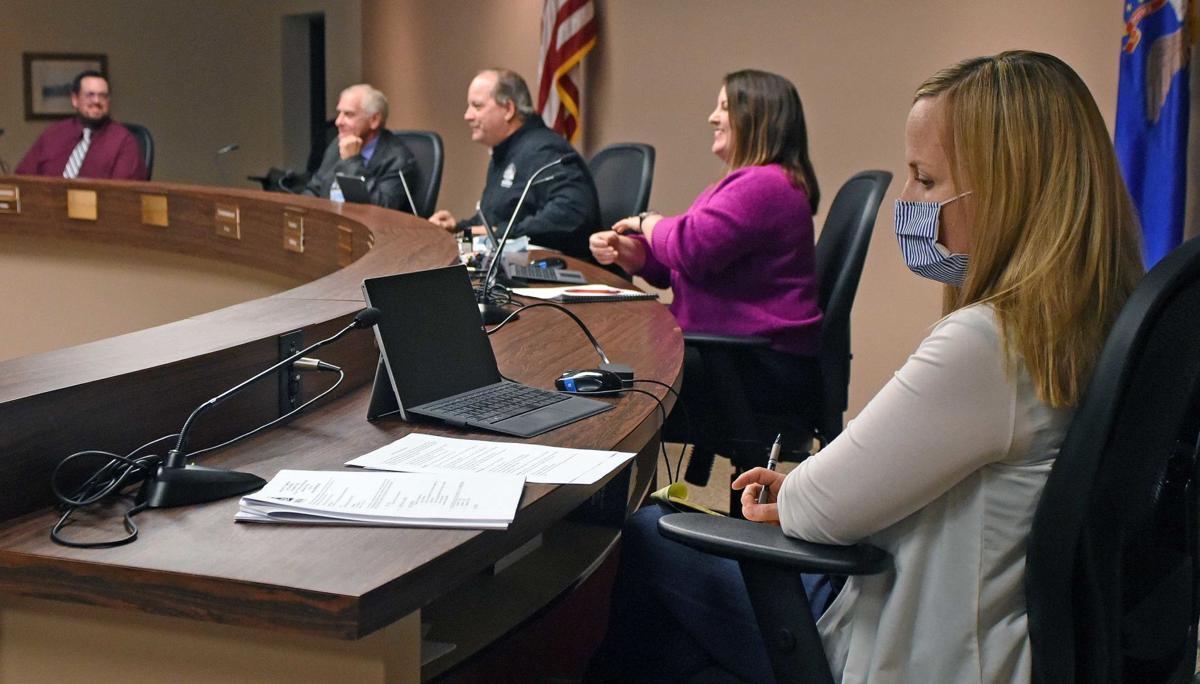 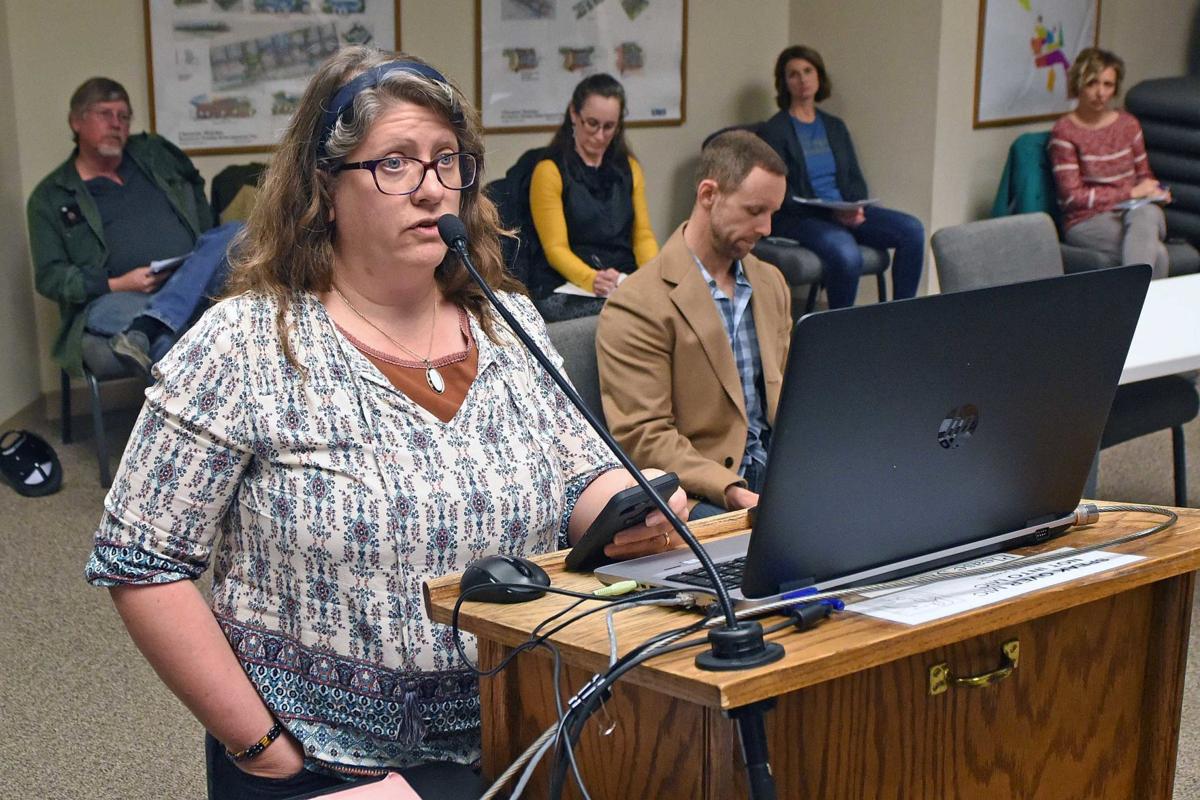 Mandan resident Andra Marquardt spoke against a mask mandate at a meeting of the city commission on Tuesday night. 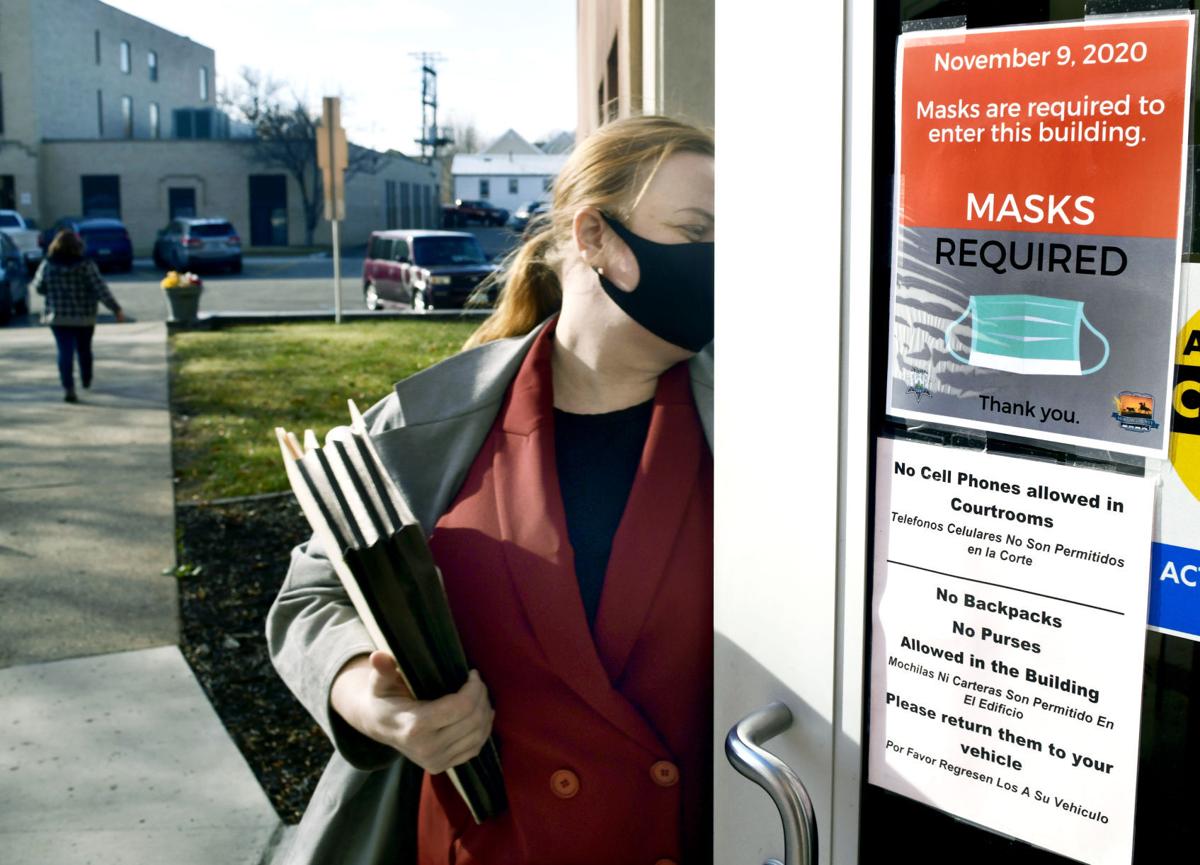 People are required to wear a face covering before entering the Morton County Courthouse in Mandan and other county property under a requirement that took effect on Monday.

The plan, which has no penalty for noncompliance, is similar to Bismarck's pandemic mitigation strategy.

"Health care facilities and long-term care facilities are currently in crisis," Ourada said. "This can no longer be denied or ignored. We can help them by wearing a mask and social distancing."

Field also encouraged a yes vote on the mandate and said the increased case load and death rate are stressing the hospitals.

"The health care people who take care of your residents are doing the best they can ... but they're kind of losing this battle," Field said.

Lisa Pulkrabek, a Mandan resident, told the commission she has concerns about how people with medical conditions that prevent them from wearing a mask will be treated in businesses or at work.

Andrea Leingang, a chiropractor, said she felt it is not her right to force her customers and employees to wear a mask and that she felt the mandate violated the state and federal constitution as well as her civil rights.

"As elected officials, I ask that you please listen to your business owners and residents of your community and let them choose what they would do in their place of business and their homes," Leingang said.

Susan Beehler said residents should care enough about others in the community to try and prevent the spread of COVID-19 by wearing a mask.

"To me, it's being courteous and respectful," Beehler said. "It's just common sense. We wear mittens when it's cold outside."

Camisa, who made the motion to pass the mandate, said the emails he has received regarding a mask mandate were split, with half of them in favor and half opposed. He said the mandate offered enough flexibility for residents while supporting businesses.

"It's basically the honor code," Camisa said. "We should be pushing for people to do the right thing."

Larson said the factor that encouraged her support a mandate was the number of deaths in recent weeks, as well as people she knows enduring long-term effects from COVID-19.

"That death rate is not something I can sit idly by and do nothing about," she said.

Rohr took issue with the mandate using the word "shall," which he said implies no choice, and said it should say "should" instead. He said he has seen more compliance with wearing a mask already within the community.

"The mask is not the magic bullet either," Rohr said. "It's just one of many actions."

Helbling said he struggled with the idea of mandating masks and said that if a government was going to mandate something it should have a penalty or it would be worthless.

"I think it's going way beyond what is our responsibility, and legally what we can do to mandate a mask," Helbling said. "Mandating it, I think is an overstep by government."

The mayor also said he was troubled by the inconsistencies in local mask mandates across the state.

The mandate took effect Wednesday and expires in 30 days. It will be reviewed at the Dec. 15 commission meeting.

Mandan residents must wear a mask while in indoor settings open to the public and exposed to people outside their household if 6 feet of distance cannot be maintained. There is no penalty for those who do not wear a mask.

Businesses must limit their capacity to the percentage stated in the ND SmartRestart guidelines. The percentage for Morton County is 25%, as it is in the "orange/high risk" category in the state's five-level color-coded system.

Restaurants must require patrons to wear masks when not at their tables, and businesses that sell liquor on-site must limit capacity based on SmartRestart guidelines. Public transit, paratransit, taxi and ride-share drivers and passengers must wear masks.

Children under 2 years old, people with medical conditions or disabilities that prevent them from wearing a face covering, people receiving personal care services or services that "require access to the face for security, surveillance, medical or dental services" and people attending religious services are not required to wear masks.

The Bismarck City Commission adopted a similar policy on Oct. 27. It will be reviewed at a Dec. 8 meeting.

Schulz said the number of county workers who have tested positive or are close contacts "is very close" to reaching a level that will impact county operations. He declined to detail numbers, citing privacy concerns.

"The rest of the team is picking up the slack at this point so citizens will not be negatively affected, but if it continues to grow, we could get to that point," he said.

The mandate also applies to the public on county-owned property, with exceptions for children age 2 and younger and people with medical exemptions.

Mandan resident Andra Marquardt spoke against a mask mandate at a meeting of the city commission on Tuesday night.

People are required to wear a face covering before entering the Morton County Courthouse in Mandan and other county property under a requirement that took effect on Monday.