The co-owner of a Mandan bar says the business is prepared to take legal action to keep a mural that city officials ordered removed.

The Mandan City Commission voted a month ago to require Lonesome Dove to remove artwork from the bar’s front wind block that is an unpermitted mural under the city’s ordinance.

Now the business is working with the Institute for Justice, which describes itself as a national law firm for liberty that litigates to limit the size and scope of government power.

Brian Berube, co-owner of Lonesome Dove, said he hopes to avoid a lawsuit, but he’s not painting over the mural.

“We’ve made up our minds that we’re not backing down,” Berube said. “We’ll fight it to the end.”

The business at 3929 Memorial Highway received a citation in October from Mandan’s code enforcement office for placing the unpermitted mural depicting a Western scene and the name of the bar.

Berube, who owns the business with August Kersten, said the owners did not apply for a permit because they weren’t aware of the requirement.

“It was an honest mistake,” Berube said.

After the business owners tried to come in compliance, the Mandan Architectural Review Commission denied the application. The city’s mural guidelines state “no mural may be placed on the front of a building” and “no mural shall convey a commercial message.”

The bar owners also unsuccessfully tried to get a sign permit for the mural.

The City Commission voted 4-1 on March 19 to order the mural be removed.

An attorney for the Institute of Justice wrote in a March 29 letter to Mandan’s building official that the city’s treatment of Lonesome Dove “is unconstitutional under recent U.S. Supreme Court precedent.”

“We strongly recommend that you allow Lonesome Dove to maintain its wall painting and that you amend your sign code to allow all murals, regardless of content,” wrote Erica Smith, an attorney for the Institute of Justice.

In a response to Smith, Mandan city attorney Malcolm Brown wrote that the painting is not a mural, but a sign.

“Contrary to your assertion, I do not think such is ‘constitutionally problematic’ as it is certainly within the police powers of the city of Mandan to regulate signs,” Brown wrote.

Berube said the business expected to receive a letter from the city after the March 19 meeting outlining a deadline for removing the mural, but the owners have not received anything.

In February, Many Visions Apparel at 100 Second Ave. N.W. was ordered to remove a mural from its storefront. In that case, the artwork did not comply with Mandan’s mural guidelines because it’s on the front of the business.

Business owner Bobby Cochran said he wanted to fight to keep the mural, but he would rather spend money on new artwork in a different location than on lawyer fees.

“I really can’t afford the lawyer right now to go through the process of keeping it,” Cochran said.

The business had been granted an extension for painting over the mural because of weather, Ouradnik said.

Meanwhile, the Mandan Planning and Zoning Commission is reviewing the draft of a new ordinance that would restrict murals to a designated area within downtown Mandan.

The focus of the ordinance is not to regulate content of murals, but the placement, Ouradnik said.

“We still want to be able to allow those things, but have it be a little more contained,” Ouradnik said. “We don’t want to stifle it, we want to promote it.”

The Planning and Zoning Commission unanimously approved the first reading of the ordinance on Feb. 25. The commission was scheduled to discuss the mural ordinance again on Monday, but agenda materials show staff are recommending the discussion be postponed to May 29.

A six-month moratorium on murals is in place in Mandan while city officials develop new guidelines.

Artist Melissa Gordon, who was asked to provide input on the ordinance, said she understands the city has to have some guidelines in place.

But she said she thinks it’s “unfortunate” that Mandan wants to limit murals to downtown and exclude businesses in other parts of town. Under the proposed ordinance as it’s currently drafted, no murals would be permitted for the “Strip,” where Lonesome Dove is located.

“That’s such an industrial part of town. It wouldn't hurt to brighten it up a bit,” Gordon said.

Gordon painted the mural on the Bearscat Bakehouse in Mandan. She and the building owner went through the application process with the city to get a permit and have the design approved.

“I hope they don’t paint over it,” Gordon said. “I’m kind of scared that they’re going to now.”

Mandan City Planner John Van Dyke said murals that received approval from the city, including the Bearscat mural, will be grandfathered in.

“Their approval process is completely arbitrary and contains way too much discretion,” Smith said.

The Mandan Progress Organization is kicking off its signature holiday events this Thanksgiving weekend, including unveiling a new downtown lig…

Attorneys arguing the case of the late convicted quadruple murderer Chad Isaak disagreed Nov. 17 on how the North Dakota Supreme Court should …

For some in North Dakota, the mail does not come through

Rural bankers in region say recession is a reality

Many rural bankers in the 10-state Midwest and Plains region think a recession is coming or is already here.

The North Dakota Department of Commerce has awarded a total of $2,907,752 of Community Development Block Grant funds for fiscal year 2022 to e…

G. Roy Gilbreath, who served decades as chief clerk for the North Dakota House of Representatives and whose name adorns two facilities in Bism… 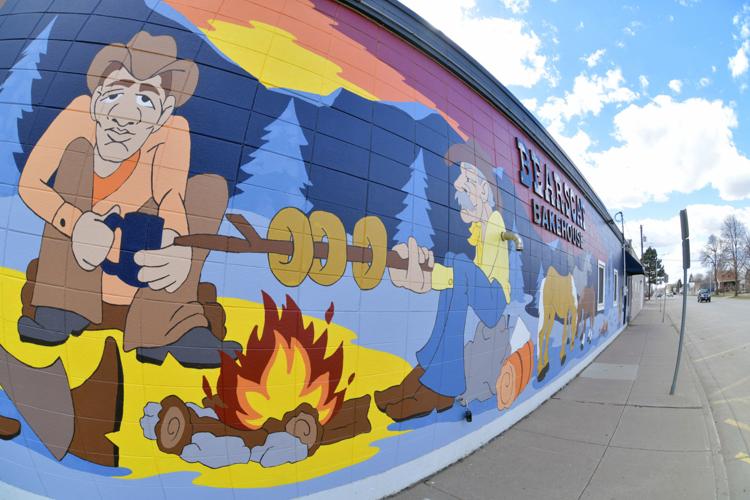 Artist Melissa Gordon said she and the building owner went through the city’s application process for this mural on the Bearscat Bakehouse in Mandan. The city did not permit Gordon to include the name Bearscat on a doughnut box in the mural under Mandan ordinance. 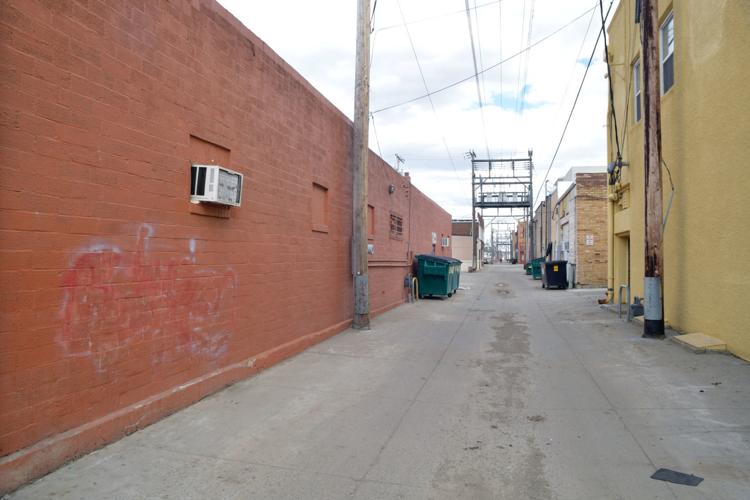 A stretch of a downtown Mandan alley from Fourth Avenue Northwest to Second Avenue Northeast is being considered as a location for businesses and local artists to paint murals on the exterior of buildings. The Planning and Zoning Commission will discuss a draft ordinance on Monday. 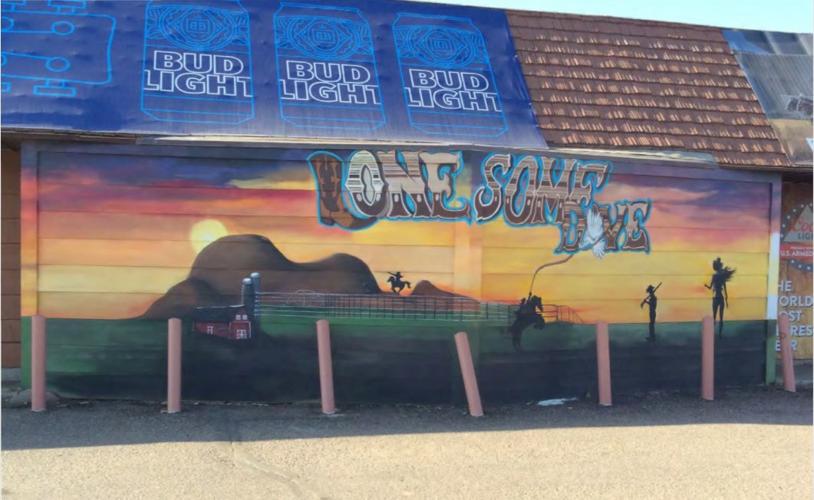 The Mandan City Commission has ordered the removal of this mural at the Lonesome Dove, 3929 Memorial Highway. 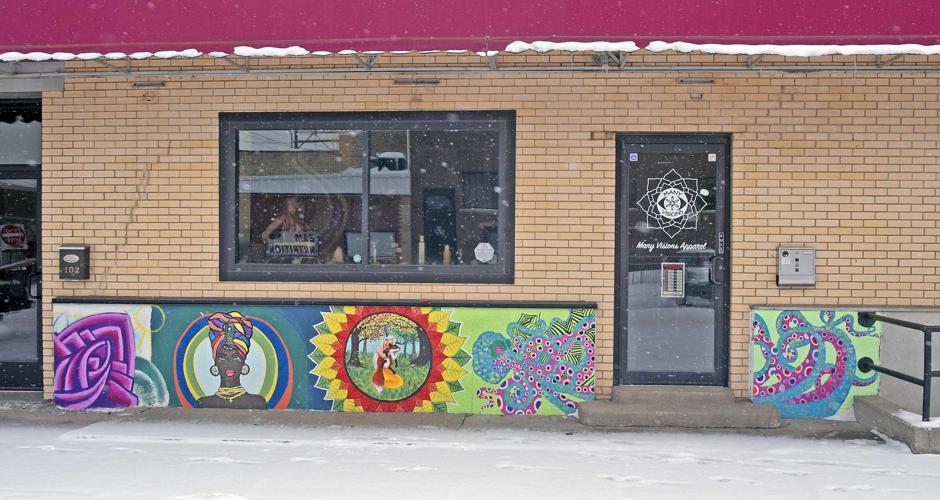 Many Visions Apparel is located at 100 Second Ave. N.W. in Mandan in the back of the former Ben Franklin store on Main Street. The Mandan City Commission has ordered the mural to be removed.