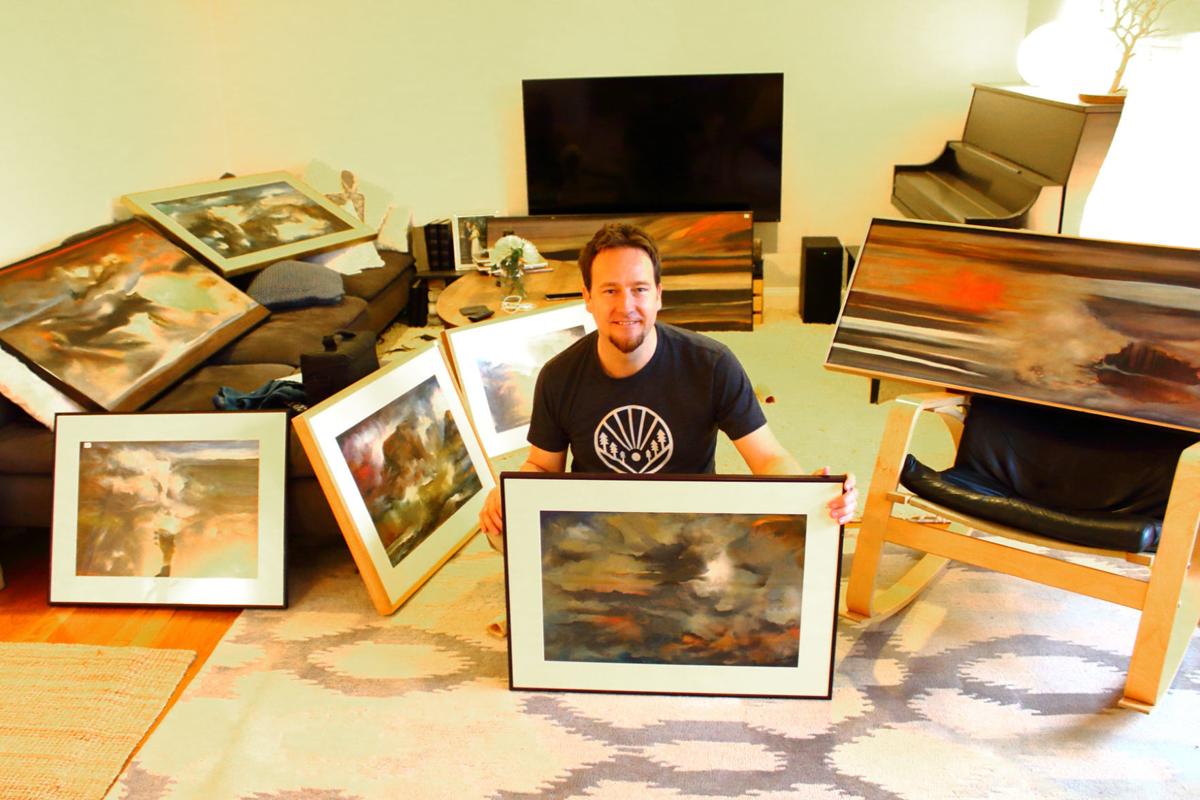 New York nonfiction writer Jared Beasley and his wife salvaged 17 paintings by Hebron-born artist Theodore Conrath from a thrift store in Tarrytown, N.Y. The National Arts Club will hold a solo exhibition of Conrath's work in November to honor the artist reinstated to its membership through Beasley's research. 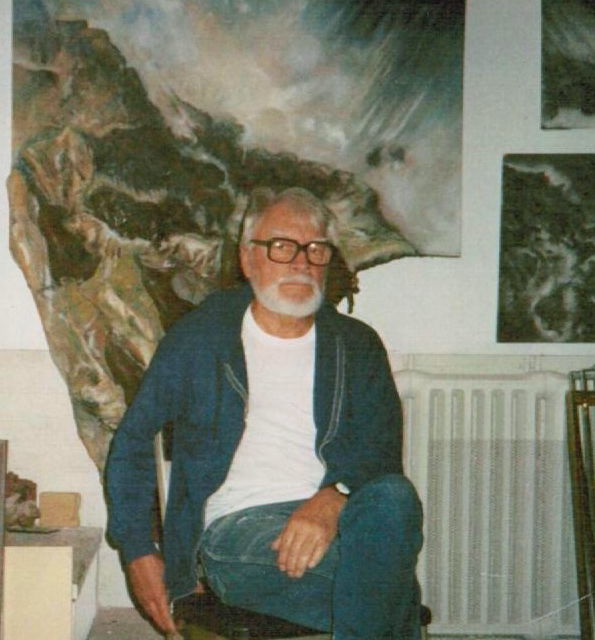 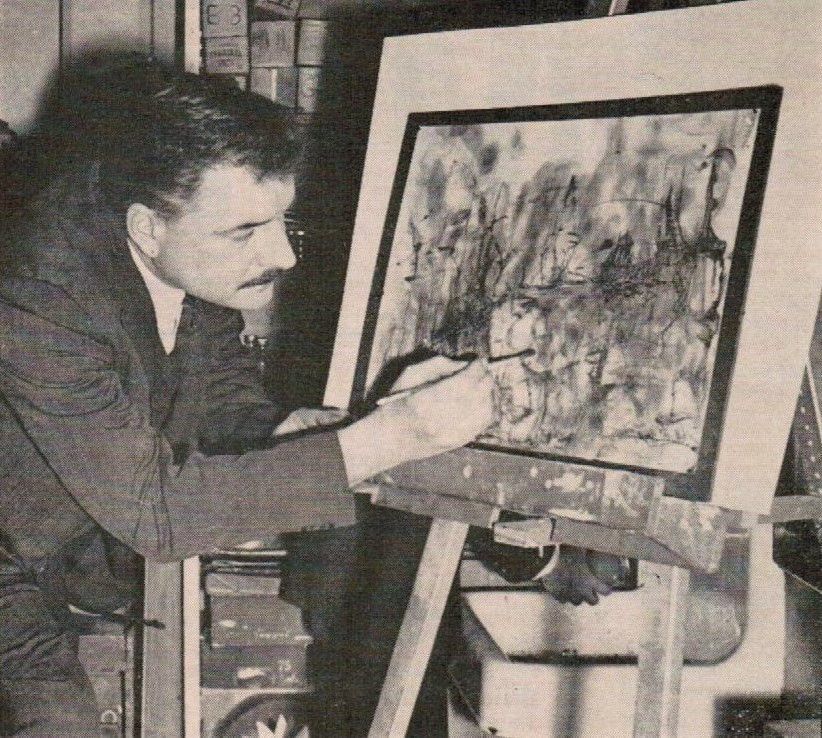 Theodore Conrath was an expressionistic landscape painter born in Hebron in 1920. 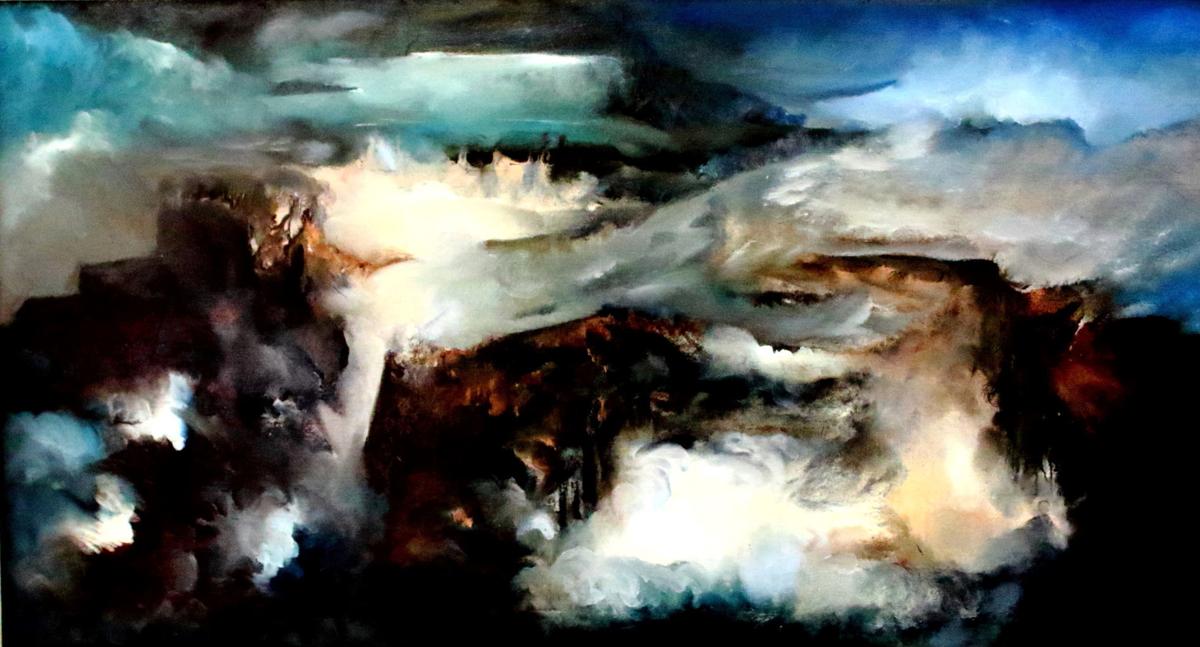 A seascape by Theodore Conrath.

Before he walked into a thrift store in Tarrytown, N.Y., Jared Beasley had little interest in art.

The nonfiction writer had never written about nor bought any artwork when he noticed a painting that moved him that day in the thrift store.

What happened next set off a quest to find and learn more about the artist -- an obscure, expressionistic landscape painter native to Hebron, named Theodore Conrath.

Through his research, Beasley found a 1949 poetry book in the Metropolitan Museum of Art that contains etchings by Conrath.

"That was staggering, that somebody could be in the Met and in a thrift store at the same time," Beasley said.

Now Conrath has been restored to the roster of a prestigious New York art club, with a solo exhibition set for November as a sort of homecoming to honor the late artist who charted his path from small-town North Dakota.

Beasley and his wife eventually acquired about 17 paintings of Conrath's from the thrift store, apparently donated from a wealthy family preparing to move.

"Then I felt a huge responsibility as a writer," he said. "There better be some story to this, I thought."

He was drawn to the vivid artwork portraying seascapes and cloudscapes with a touch of North Dakota's Badlands. Through his research, he acquired a private family memoir by Conrath's sister, Caroline, who owned a Mandan gallery and died in 2013.

Beasley learned of the adversity in Conrath's early life.

He was a sensitive child. Two fingers on his right hand were joined together when he was burned by a hot stove as a baby, though Conrath viewed the accident as a benefit for spreading paint.

Beasley said Conrath also experienced a spatial impairment and could barely ride a bicycle nor drive a vehicle.

His family was detained in Germany for years during World War II when they traveled there to collect an inheritance.

Conrath was drafted into military service in the South Pacific and discharged in 1943 but experienced post-traumatic stress disorder on his return to North Dakota, according to Beasley.

"I started to really look at these paintings in a different light," he said. "I already thought they were incredible."

Conrath was a gifted artist and sculptor from an early age, sculpting busts of two governors and earning local accolades for his art.

Henry Mische, a board member of the Hebron Museum and Art Society, knew Conrath from their childhood in Hebron.

"He was in the city and I was in the country. We didn't get together too much. I know him. I went to school with him at high school," the 97-year-old said.

"He was just kind of more of a quiet type around Hebron. He was more on his own."

Tribune archives describe Conrath's early work in North Dakota and New York, including a 1962 exhibition at the Key Gallery and recognition from the National Arts Club in 1949.

Conrath moved to New York in 1944 after missing two art scholarships in wartime, though he studied with some well-known artists of the day, like illustrator John Groth and painter Zoe Beiler.

He married, became a teacher and had one daughter. He devoted himself to his art after his retirement in 1981, when he acquired a studio. His later work showed more abstraction, according to Beasley.

"He never really burst onto the scene," Beasley said. "He showed some and got some favorable reviews and sold some paintings, but he was a very private guy and he had a lot of issues."

The Tribune contacted several Bismarck and Mandan artists close to Conrath's generation, but none was familiar with his work.

What's more, the National Arts Club lost documentation of Conrath, likely when the group digitized its records. Conrath slipped through the cracks.

"Those are the kind of people that I seem to be drawn to," said Beasley, who is researching to write about the Conrath family history.

He was able to reinstate Conrath to the National Arts Club from microfilmed records from the Smithsonian Institution.

Conrath's work evokes for Yahner the creative energy and individuality from painters' "release or relief" of the wartime years.

The National Arts Club was founded in 1898 and is a private membership club that seeks to foster the arts through exhibitions, programs, lectures and other events open to the public.

Most member artists are from the East Coast, major cities or foreign countries.

"This is sort of unusual, where a young man from so far away found his way here," Yahner said.

Dates are yet to be set for the November exhibition of several of Conrath's paintings at the National Arts Club in Manhattan's Gramercy Park. Yahner said the exhibition is in conjunction with the establishment of the club's archival center.

"He got me painting," Beasley said.

Anyone with information about Conrath is encouraged to contact Beasley at 917-256-9944.

A five-week exhibition is planned at a Manhattan arts venue showcasing the work of a long-lost North Dakota expressionistic painter.

New York nonfiction writer Jared Beasley and his wife salvaged 17 paintings by Hebron-born artist Theodore Conrath from a thrift store in Tarrytown, N.Y. The National Arts Club will hold a solo exhibition of Conrath's work in November to honor the artist reinstated to its membership through Beasley's research.

Theodore Conrath was an expressionistic landscape painter born in Hebron in 1920.

A seascape by Theodore Conrath.