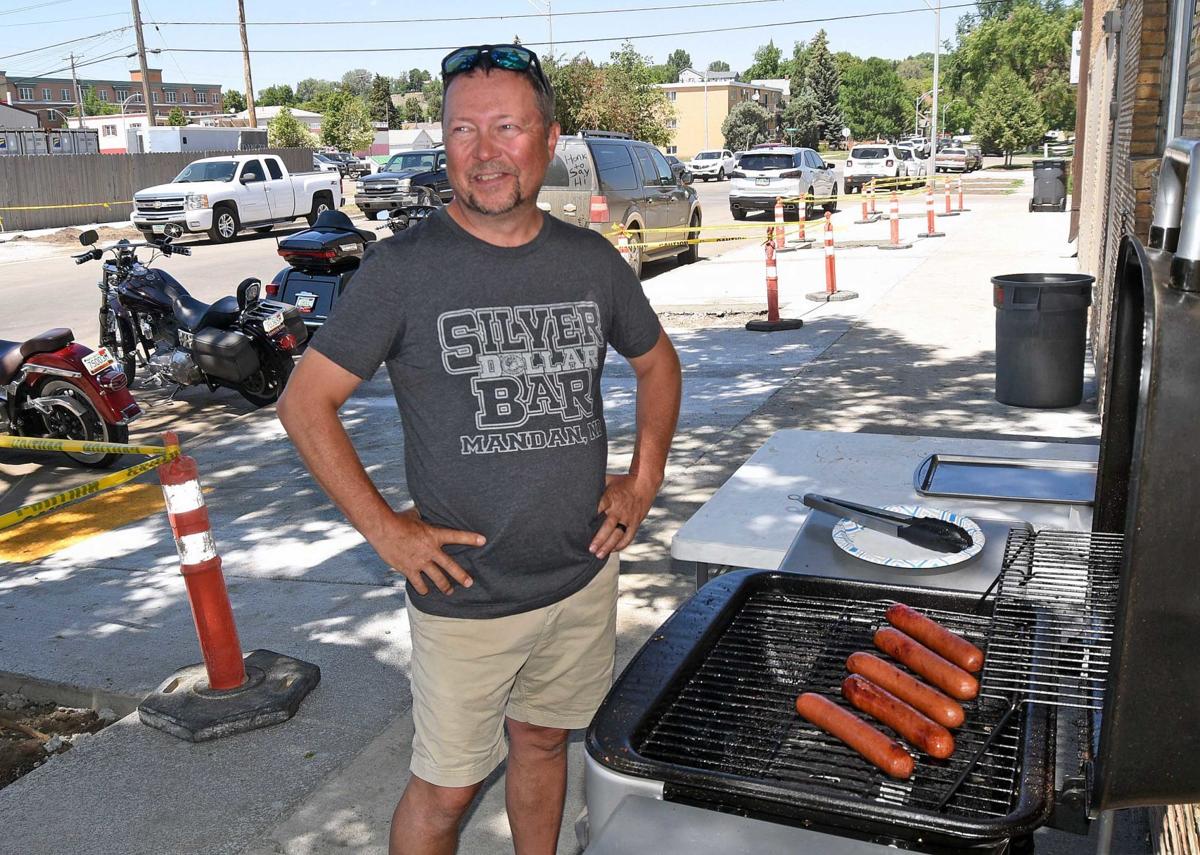 Beneath televisions playing local government meetings and a neon Budweiser sign, a dozen regulars of the Silver Dollar sat at the bar for what might be the last time.

The longtime Mandan establishment had its final day June 30 after the city commission denied owner Wade Felton a Class A liquor license June 25, due to concerns of "noncooperation" with the police department. The bar's current license expired June 30, and it did not hold a street dance for the Fourth of July.

"The city of Mandan is always promoting and pushing downtown Mandan businesses," Felton said. "Now they're attempting to shut down one of the longest-standing businesses on Main Street."

The bar that opened in 1963 was holding a customer appreciation event June 30 and offering free food, something Felton said he offers almost every weekend.

Multiple patrons said it was "a sad day" for the bar. Some of the customers celebrating the bar's last day said they had been coming there for decades.

Weiand, a veteran of the Vietnam War, said he meets other veterans at the Silver Dollar as a kind of support group. He said he's been coming to the bar since 1971, and it was the first place he went after leaving the military.

Some criticized the commission's decision. Ben Gange, who had been going to the bar for 40 years, said he thought the commission could have left Silver Dollar open for the Fourth of July.

Angela Grigsby said she'd been coming to the Silver Dollar for about 10 years and that she considered starting a petition to keep the bar open. It was one of the first bars in Mandan that made her feel accepted after she moved from Washington. Grigsby, who is Cherokee, Apache, Irish, English and Spanish, said she didn't feel accepted at some other bars because of her race.

Hanging under the Budweiser sign was a large banner that read "Happy Birthday Angie!" Grigsby said that staff and other patrons signed the banner for her birthday.

"It's sad, it's really sad," she said. "I mean, it's a staple. Everybody knows Silver Dollar."

Felton said he plans to appeal the commission's 3-2 decision to deny the license.

The Mandan Police Department recommended the license be denied. Deputy Chief Lori Flaten said in a document attached to a case report about liquor law violations that there was an assault at the bar in April and video circulating of a semi-nude woman dancing on the bar last fall, as well as concerns about a stabbing during a street dance and the fact that Felton was operating the bar without having the liquor license in his name.

Felton said he thought that one instance the police considered noncooperation was when he asked the department to provide a search warrant for security footage of the street dance incident during the Fourth of July holiday last year.

He added that he thought the city was partly upset that his friend Gregorio DiDonna had obtained the initial liquor license but Felton was operating the bar, which is not allowed under city ordinance.

"It wasn't acquired that way intending to go around any hurdles that the city had," Felton said.

Two people accused of using an elderly family member’s bank funds to travel, pay off a car loan and cover traffic tickets will go to trial in August.

Midco is ramping up a $500 million fiber network upgrade throughout its Midwest footprint, an advancement executives say will benefit teleheal…

A federal grand jury has indicted two men on drug charges including one that alleges they sold fentanyl to a man who died of an overdose.