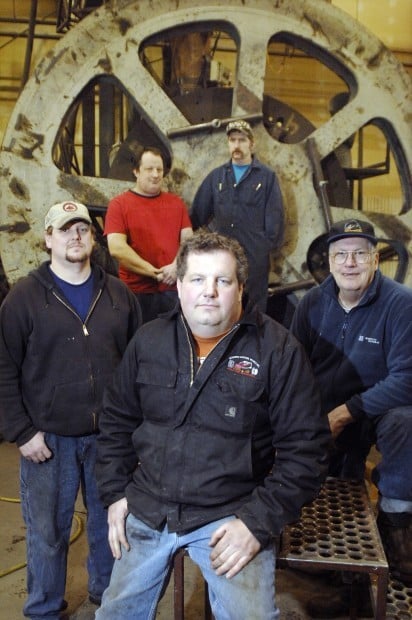 MIKE McCLEARY/Tribune Kris Lengenfelder, center, president of the family owned Modern Machine Works in Bismarck, poses with his dad, John, right, cousin Luke, and brothers Scott, back left, and Steve. The family run business is celebrating its 100 anniversary. "It's a big obligation to carry the family tradition," Kris Lengenfelder said. 1-4-2011 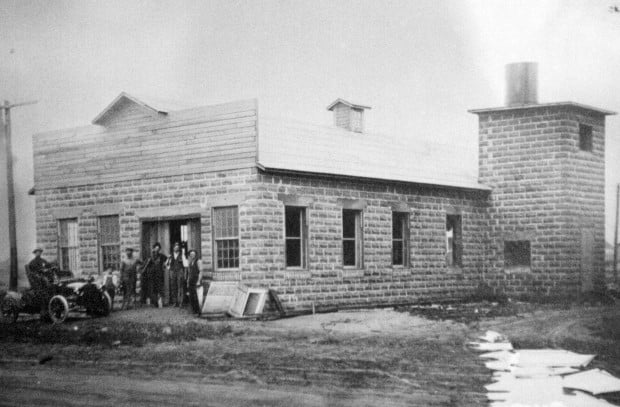 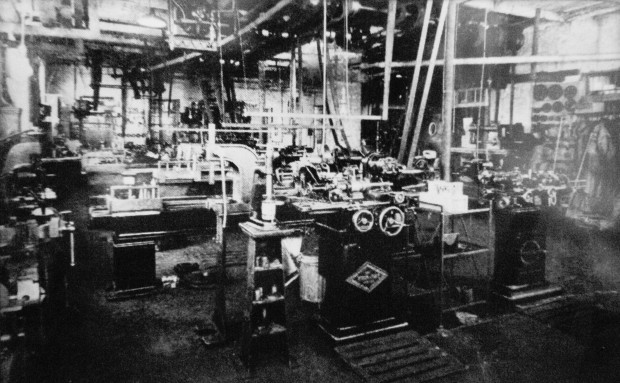 Some time in 1911, a German immigrant who heard about Bismarck through a promotional brochure took a chance and opened a foundry to make whatever the town needed, from locomotive parts to iron crosses for graveyards.

A century later, a fourth generation is carrying on that improvisational style, machining made-to-order pieces for industry and carving out a place for itself a vital part of the mining industry’s maintenance needs.

“It’s just by the seat of your pants,” said Kris Lengenfelder, president of a Modern Machine Works, the company started by his great-grandfather Adolf Kutchera 100 years ago this year. The company’s ability to create pieces of itsown design for draglines and other big machines has earned the family operation around $3 million in annual sales and jobs across the United States and Canada.

“We’ve been extremely busy in the last 10 years doing what we do,” Lengenfelder said. “We didn’t have to go into one thing or specialize in one thing.”

Kutchera opened his business at the corner of 10th Street and Front Avenue when the property was bordered by train tracks and open prairie. He served the local need for metal work and adapted to new technologies like the automobile, later developing an auto parts business. Kutchera sold the operation to his adopted son, William Lengenfelder Sr., who ran the company for 40 years and oriented its work toward the mining industry, which accounts for about 90 percent of what it does.

“The key to this business is my grandfather, William Sr.,” Lengenfelder said. “If there was an anchor, it was him.”

Kris Lengenfelder took over the business from his uncle, Pat Lengenfelder, in 1997, a few years out of the University of North Dakota, where he studied mechanical engineering.

“I went to school and didn’t even intend to work here,” he said. “It’s one of those weird deals that I don’t know how it happened.”

Lengenfelder said the business needed some reorganization and improvements when he took over. His father, John Lengenfelder, is the one who praises him for rejuvenating the business.

“It’s Kris who held the company up and put it together,” said John Lengenfelder, 70, a machinist at the shop. “Kris went out to the mines and did the physical work and brought the jobs in.”

Allen Knoll, maintenance manager for the Falkirk Mine, said the mining company has done business with the Lengenfelders almost since they began digging coal. A company that services draglines — machines that dwarf many buildings in size — is convenient to have so near to the mine, but Modern Machine Works’ ability to rebuild the drums that pull up the cables attached to the dragline’s bucket is something hard to find elsewhere.

“I think there’s him and probably one other company in the states that do that,” Knoll said. “Being able to for us to send something 50 miles away rather than hundreds of miles is a big benefit for us.”

That specialty has made the company in demand in far-flung states and Canadian provinces. Luke Lengenfelder, Kris’ cousin, oversees the work that requires transporting a work crew and large equipment to mines hundreds of miles away.

“That got us a foot in the door with the mining industry,” Kris Lengenfelder said. “The field work we do is from British Columbia to Texas.”

Modern Machine Works employs 22 people at the shop built by Kutchera and expanded over the decades. It is very much a family enterprise, with Kris’ father and two brothers, his cousin and an uncle on his mother’s side working there. John Lengenfelder has been there since the days when he walked a few blocks from St. Mary’s Grade School, and Luke Lengenfelder, a company vice president, recalls being taken up on to a dragline as a 5-year-old.

“A family company can be the worst nightmare on the face of the earth. Everyone knows that,” Kris Lengenfelder said. “Or it can be the best.”

One thing to remember, Kris Lengenfelder said, is that running a family business is not only about money.

“My dad said we should love each other,” John Lengenfelder said.

Few companies in Bismarck have made it to the century mark.

MIKE McCLEARY/Tribune Kris Lengenfelder, center, president of the family owned Modern Machine Works in Bismarck, poses with his dad, John, right, cousin Luke, and brothers Scott, back left, and Steve. The family run business is celebrating its 100 anniversary. "It's a big obligation to carry the family tradition," Kris Lengenfelder said. 1-4-2011