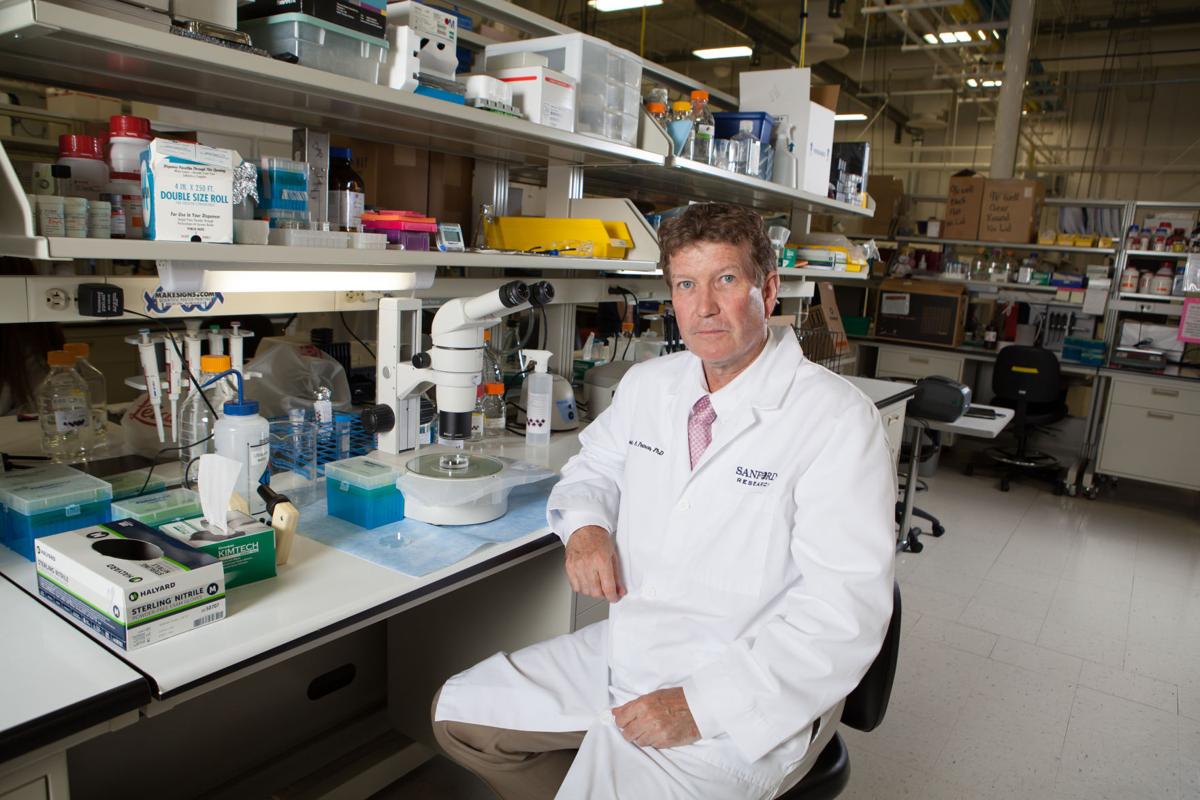 Dr. David Pearce, president of Sanford Research in Sioux Falls, S.D., sits in the lab of the Sanford Center. 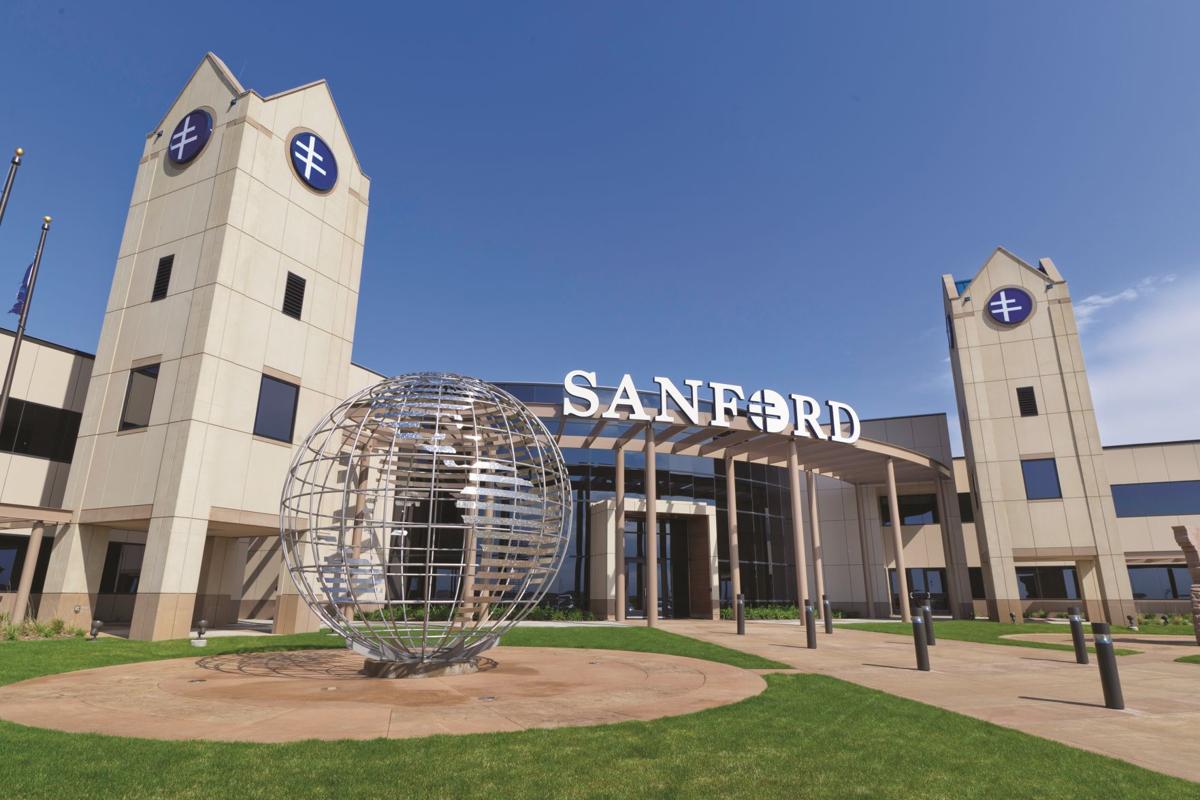 Sanford Health is trying fat-based stem cell treatments on orthopedic patients and those with ulcers.

Sanford started the two U.S. Food and Drug Administration-approved clinical trials — one a month ago and the other earlier this year — using abdominal fat stem cells to heal small and partial thickness tears in the rotator cuff and ulcers, said Dr. David Pearce, president of Sanford Research in Sioux Falls, S.D.

The orthopedic trial enrolled 18 participants at Sanford’s Fargo and Sioux Falls locations. And six months into the trial, treating the rotator cuff injuries there have seen no adverse effects, Pearce said. Now the hospital system is aiming to expand the trial to 100 patients in the spring of next year.

“It’s very hard to heal ulcers,” Pearce said of the second trial with a goal to heal the wounds more rapidly.

The ulcer trial is only being conducted in Sioux Falls for the time being, but Pearce said it may eventually be offered in Fargo, too.

These are the first treatments for these types of ailments that any group has done with this type of stem cell in the United States. That puts Sanford on the leading edge in applying fat-based stem cell therapy to orthopedic treatments, according to Pearce.

The hospital system had considered other types of orthopedic injuries for its proposal, including osteoarthritis, knee, hip, wrist and back pain. But it chose the rotator cuff because it is one of the most common joint injuries and is easy to monitor, keeping this initial trial as simple as possible.

In an hour-long procedure, fat is sucked from the abdomen, the stem cells are separated out then injected using ultrasound guidance.

Pearce said there have been some trials with stem cells from bone marrow, but collection of those cells tends to be more invasive. Sanford chose fat-based stem cells because pre-clinical trials on animals showed it was likely to be safe as the immune system is unlikely to attack cells from its own body.

When applied to orthopedics, fat-based stem cells also are more likely to generate tissues, such as cartilage and bone, Pearce said. Marrow cells had better luck when targeting blood and immune diseases.

Umbilical cord-based stem cells were not chosen because the preclinical research was “just not there yet,” according to Pearce, who said most of those trials are in the animal testing stage.

There is a lot of unregulated use of stem cell therapy right now, said Pearce, adding he expects to see more rules in the future.

Pearce said he expects the next two to three FDA approved trials of stem cell therapy for orthopedics to follow a similar format as Sanford’s current trial. After that, he predicts the efficacy will have been proven, and smaller and smaller trials will be needed for treatment of other types of orthopedic injuries.

“A shoulder and a knee are not that different,” he said.

In the meantime, the therapy has garnered a lot of interest. Upon announcing its rotator cuff trial, the hospital system received more than 500 phone calls from across the U.S.

The rotator cuff trial is a one-year trial with a six-month evaluation period, according to Pearce.

Previously, many of these patients were relying on steroid injections every few months in an effort to manage the pain. The injury would have eventually required surgery to repair, something the doctors hope they will eventually be able to do solely with stem cells, Pearce said.

Dr. David Pearce, president of Sanford Research in Sioux Falls, S.D., sits in the lab of the Sanford Center.