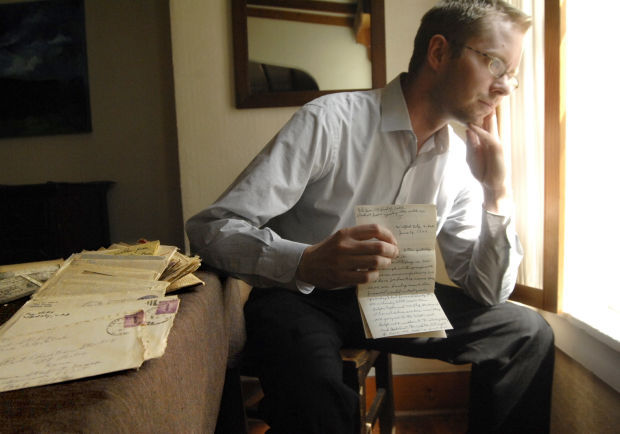 Daniel Stenberg of Bismarck has used the Kickstarter organization to fund a documentary he is doing on his grandfather and the letters he and a brother wrote home to Watford City during World War II. So far, he has scanned 1,100 pages of letters saved at his grandmother’s home. “It has served me quite well that they saved all of the (letters),” Stenberg said. 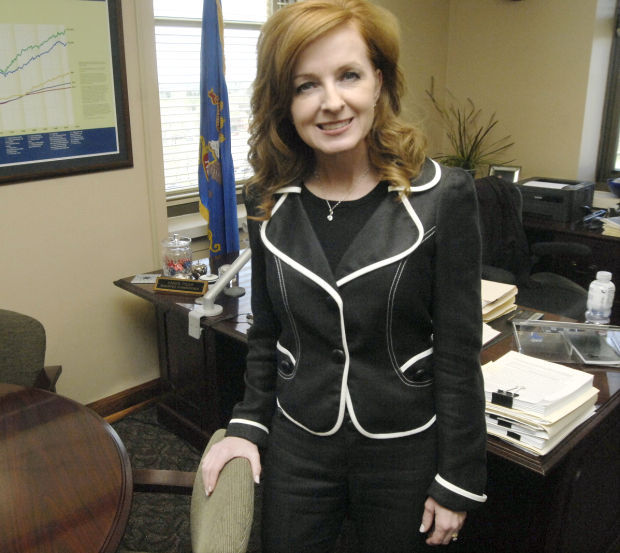 BISMARCK, N.D. - Some North Dakota entrepreneurs have gone beyond bank loans to get their ideas off the ground. They’re getting help from the public online.

The Dakota Institute Press is using Kickstarter, a website that solicits donations for a project or small business, to fund the publication of “Not All Heroes,” a Vietnam War memoir written by Hettinger native Gary Skogen.

“This is very much a test for us,” Dakota Institute President David Borlaug said.

Those using Kickstarter must apply to be featured on the website. If they are accepted, they are given a deadline to raise the full amount of money for their project. If the whole amount is not raised, the applicant gets nothing.

It is meant to make sure the project is fully funded and all the donors get what they paid for. For $25, you can get a paperback copy of “Not All Heroes” as a gift.

“You’re really buying a book, just helping with the funding on the front end,” Borlaug said.

Kickstarter has spurred a lot of reposts about the book on Facebook, he said.

“We know there’s a lot of interest,” he said.

Kickstarter helped give Daniel Stenberg a morale boost in seeing 60 people willing to invest in his idea for a documentary. His idea for “6 Brothers” came from finding letters his grandfather wrote during World War II. He identified with what his grandfather had to say and decided to make a documentary “based on the lives of six brothers born to homesteading parents in McKenzie County.”

The film should be finished by late fall, he said.

According to the North Dakota Securities Department website, “Crowdfunding is an online money-raising strategy that began as a way for the public to donate small amounts of money, often through social networking websites, to help ... people finance their projects. The concept has recently been promoted as a way of assisting small businesses and startups looking for investment capital to help get their business ventures off the ground.”

Once the SEC rules are written, entrepreneurs will be able to use the Internet to raise up to $1 million each year by selling investments in companies to a large number of small investors.

Securities Commissioner Karen Tyler said she is “really concerned” about the new freedom being granted to crowdfunders.

“You’re pairing highest risk with those that can least afford it,” she said.

About 50 percent of all small businesses fail within the first five years, according to the Securities Department website.

Another form of fundraising offering a return on investment is person-to-person or peer-to-peer lending. It “allows individuals and small businesses to obtain unsecured loans that are funded by other persons,” the website says.

Borrowers can get loans ranging from $1,000 to $25,000 that would be difficult or expensive to get at a bank. Investors often are promised a higher return on their investment while borrowers can pay back loans at a lower interest rate.

Monthly payments are taken from the borrower’s bank account and directly or indirectly transferred to the lenders’ accounts. Loans can be for business or personal use.

The borrowers and lender are connected by lending websites, like Prosper.com or LendingClub.com. Users are anonymous on the websites but lenders are provided credit scores and personal financial information to decide who should get loans. Neither of these websites currently operates in North Dakota, but Prosper.com has tried.

Tyler said under North Dakota law, those websites sell securities and must register with the Securities Department as well as other state departments. Registration is good for a year.

Securities are defined as investment with the promise of profit solely from the efforts of others.

Prosper.com applied for registration with the Securities Department in 2007, withdrew in 2009 and reapplied in April 2012. The 2012 application is still pending.

In a letter posted on the website, President Aaron Vermut said, “We are doing what we can to get approval in as many states as possible and to make peer-to-peer lending available to everyone. However, each state has its own set of regulations and restrictions along with a comprehensive application process.”

Vermut said the North Dakota Securities Department’s response to Prosper’s 2012 application “conveys a fundamental skepticism for peer-to-peer lending, and it’s unlikely we will receive approval without a shift on these views.”

“If you’re going to be in the business of lending money, you have to be licensed. Otherwise there is no consumer protection.” Entringer said.

Prosper.com registered in 2007 but also withdrew that registration.

As part of their registration, companies must have a $25,000 surety bond and $25,000 in net worth. The companies and employees undergo criminal and credit history checks.

Other states may struggle with whether they have authority to regulate companies like Prosper, Entringer said, but because North Dakota has such a broad definition of lending institutions, companies have to get licensed.

Daniel Stenberg of Bismarck has used the Kickstarter organization to fund a documentary he is doing on his grandfather and the letters he and a brother wrote home to Watford City during World War II. So far, he has scanned 1,100 pages of letters saved at his grandmother’s home. “It has served me quite well that they saved all of the (letters),” Stenberg said.