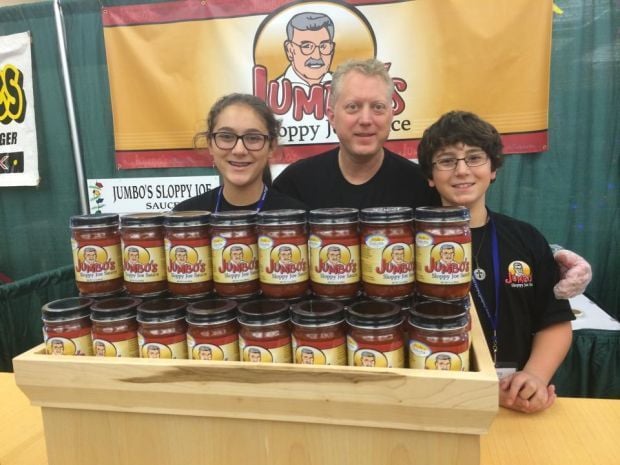 John Lindquist and his kids, Megan, 14, and Tommy, 12, market Jumbo's Sloppy Joe Sauce at the Grand Forks Pride of Dakota showcase. Selling the sauce is a family affair and teaches the kids about business, said Patty Lindquist. 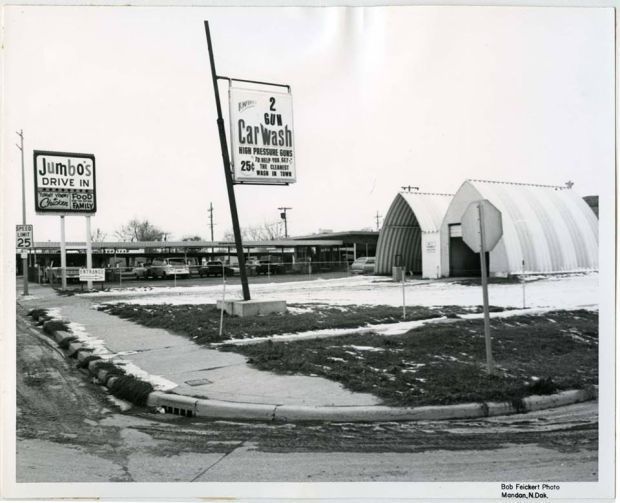 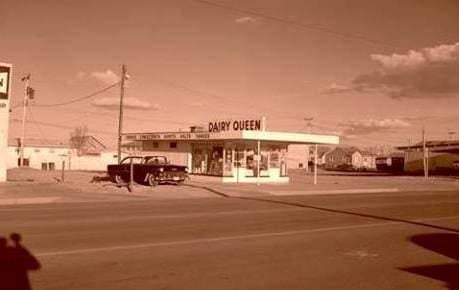 For some Bismarck-Mandan residents, a taste of Jumbo's Sloppy Joe Sauce conjures memories of nights at the drive-in with friends.

Now, locals can get it on Dan's Supermarket shelves.

Patty Lindquist, the daughter of James "Jumbo Jim" Hammes, and her family are bringing her father's legacy back to Bismarck-Mandan.

After serving in the military and spending several years in Minnesota and Alberta, Hammes returned to his home state of North Dakota to run the Bismarck-Mandan Dairy Queens in 1956. He also opened Jumbo's Drive Inn in Mandan, later converting Jumbo's into a family restaurant called Trail West.

From the time she was 14 years old until she was 35, Patty Lindquist worked along side her father in his restaurants, and, from 1956 to 2000, Jumbo's Sloppy Joe Sauce was served daily.

Patty Lindquist remembers emptying garbage, filling candy machines and handing out ketchup cups to customers. She said she would stay and help her father with inventory, counting every cup and cone.

Shortly after marrying, Patty Lindquist and John Lindquist took over the business from her father.

John Lindquist remembers, when he started working in the restaurant, his wife made him make 100 perfect ice cream cones in the same manner that the rest of the staff had to learn. He said he liked the business and the customers who became friends.

The Lindquists kept the Dairy Queen running until Hammes' death, when they moved to Fargo.

Making and selling her dad's special sauce now reminds her of him and his picture graces the label.

The Lindquists have been taking their sauce on the road to Pride of Dakota shows around the state. Patty Lindquist said, when people who remember the drive-in see the sauce, they have their own stories to share, too.

"It's just been fun," Patty Lindquist said, and it gives her children a bit of the same experience she had growing up. "It's a good way for my kids to learn about business."

Many people who worked at the drive-in stop by the Lindquists' booth and many customers talk fondly of Hammes. Patty Lindquist said they remember the three for $1 sloppy Joes, cinnamon Cokes and her dad giving rides home to those who needed them.

Patty Lindquist said the sauce gets recognized around the state by people who grew up in Mandan but have since moved. Many buy extra to ship to relatives who have moved to other states.

The Lindquists were always getting requests for the recipe and eventually made the decision to start making it. They contracted with Full Service Foods of Hillsboro and made their first batch in October.

They started selling it at Butcher Block and Susie Q's Craft Emporium in Mandan as well as Arrowhead Plaza Drug and Prairie Creek Peddler in Bismarck. They have since expanded to Dan's Supermarket and will be offering a tasting at the Mandan location April 11.

How you can find and put money into 'recession-proof' investments

How you can find and put money into 'recession-proof' investments

How to maximize your credit card rewards

How to maximize your credit card rewards

John Lindquist and his kids, Megan, 14, and Tommy, 12, market Jumbo's Sloppy Joe Sauce at the Grand Forks Pride of Dakota showcase. Selling the sauce is a family affair and teaches the kids about business, said Patty Lindquist.