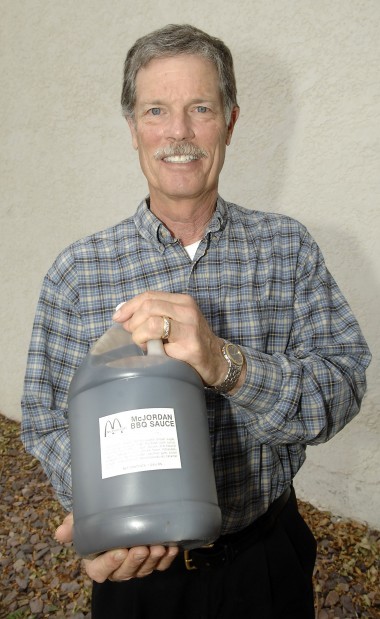 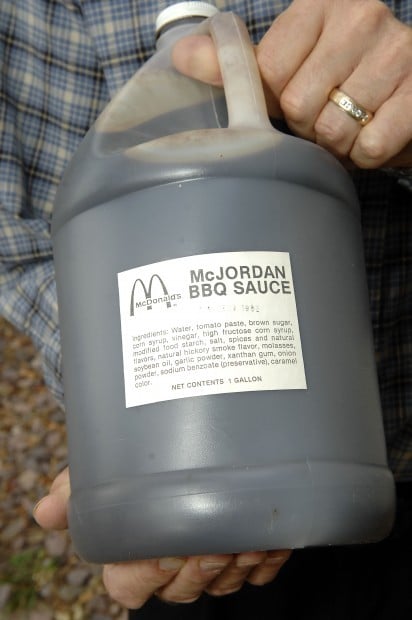 Was it the special barbecue sauce that fueled Michael Jordan’s six NBA championships? Probably not, but for $10,000 you could find out.

Mort Bank of Bismarck has gotten national attention after selling a gallon of 20-year-old McJordan barbecue sauce for $9,995.

“I had this barbecue sauce on the shelf for 20 years,” Bank said.

The sauce was used on McJordan Burgers, a promotional menu item only sold in the Chicago and Minneapolis regions, Bank said.

“It’s probably edible,” he said, although it probably won’t taste as fresh as when it was first made.

“It was in my basement and I would look at it occasionally,” he said. “I thought it would be worth something some day.”

Bank’s ad on eBay for the sauce read: “A once in a lifetime chance to own the rarest of rare Michael Jordan and McDonald’s collectible!”

Bank speculates the gallon of sauce is the only one left.

“I don’t imagine anybody else has one,” he said.

Bank said the sauce also is special because Jordan was the first person to have a McDonald’s sandwich named after him.

Bank tried to sell the sauce by auction for four months. Eventually, he switched to a fixed “Buy it Now” price.

“All of a sudden everybody was looking at it,” he said.

Bank said the buyer is from Chicago and is probably a Chicago Bulls and Michael Jordan fan.

Bank said he still has at least three storage units full of McDonald’s memorabilia and other collector’s items that he has been selling on eBay for three years. His daughter, Margaux Braun of Fargo, writes the narratives and takes the pictures. He sells and ships them. He’s sold items as far away as China, Japan, Brazil and Europe. This was the most he’s ever sold anything for, though.

“I’m pretty ecstatic,” he said. “You never know what is going to be a hot item.”

Bank said McDonald’s items and toys are big collectibles. He said, growing up, a lot of people got Happy Meals and played with the toys. After selling his stores, he had a lot left over.

“A lot of them are unopened,” he said. “I saved them instead of throwing them away.”

Other items Bank has for sale include a McDonald’s edition “Wayne’s World” VHS tape, a Hamburglar flag and a Ronald McDonald alarm clock.

“If I didn’t start selling them I’d be sticking the kids with them,” he said. “I decided I should start lowering the inventory for the kids’ sake.”

PennyWise Episode 14: What could the President's affordable housing plan mean for you and your family?

PennyWise Episode 14: What could the President's affordable housing plan mean for you and your family?

What can happen if you miss a credit card payment

What can happen if you miss a credit card payment