Biden takes the helm as 46th president: 'Democracy has prevailed' 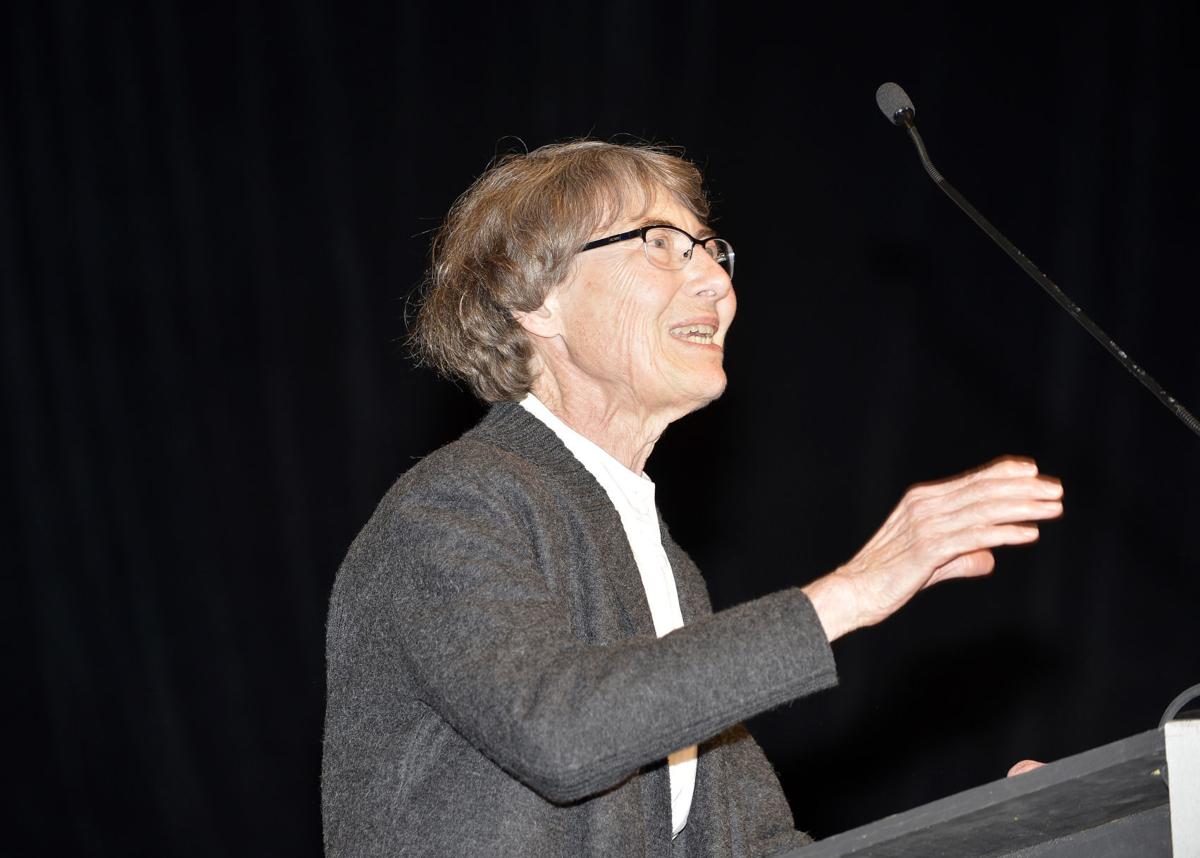 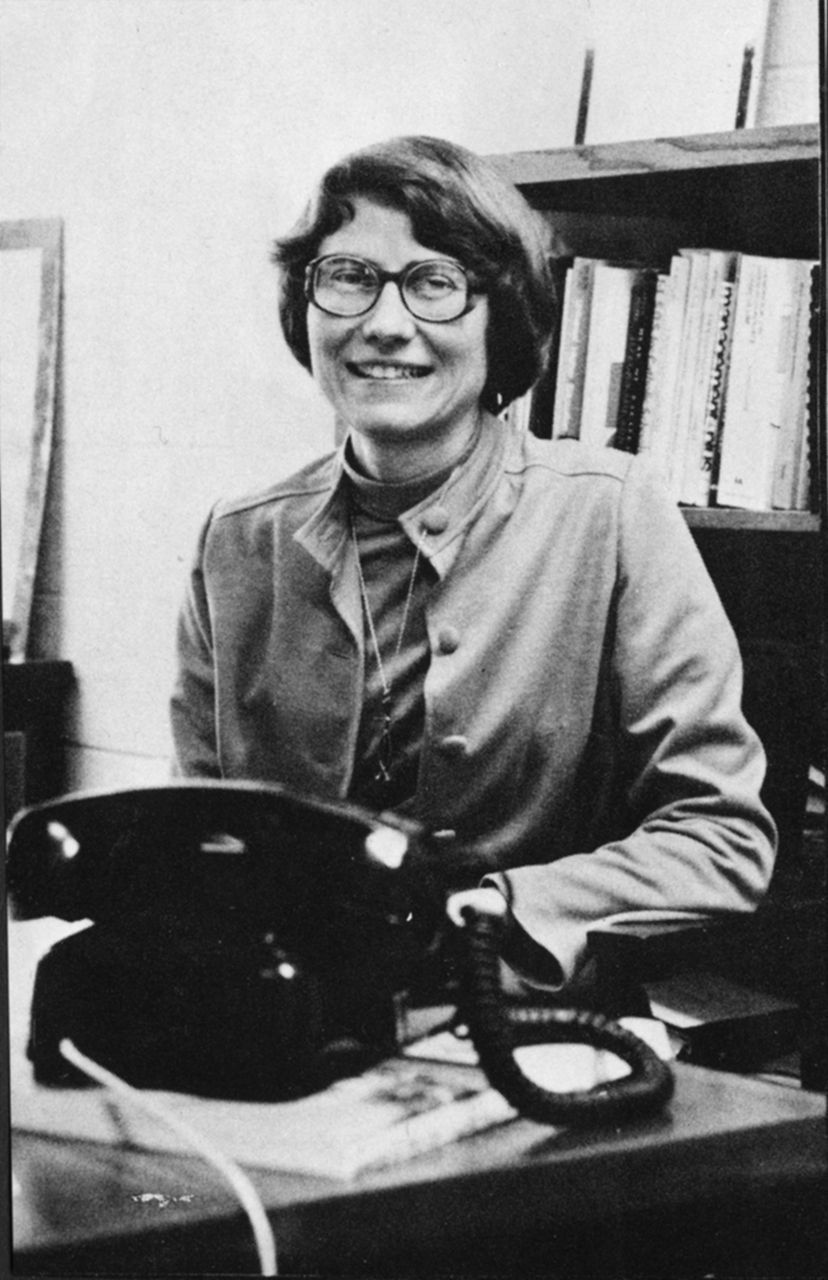 Sister Thomas Welder on her first day as University of Mary president in 1978.

Sister Thomas Welder, the longtime former leader of the University of Mary and a person considered to be one of the more influential female leaders in North Dakota history, has died.

Welder, 80, died at her monastery home south of Bismarck, the school announced Monday. She had recently been diagnosed with kidney cancer.

"It’s with heavy hearts that we share the news that Sister Thomas Welder passed into eternal life this morning," the Bismarck-based Roman Catholic school said in a statement posted to its social media accounts. "Sister Thomas’ impact on our campus community, and to everyone she met, is lasting and inspiring. We thank God for the great gift of her life."

Welder was born in Linton in 1940 and moved to Bismarck with her family at age 2. She attended Cathedral School and St. Mary's Central High School. She decided to become a nun when she 19 years old, she told the Tribune in 2008, and she became a member of the Benedictine Sisters of Annunciation Monastery.

“Sister Thomas lived her life for others,” Sister Nicole Kunze, prioress of the monastery, said in a statement Monday. “She was always giving to others, whether it was a smile, an encouraging word or a promise of prayer. She often said that the greatest gift you could give a person was the gift of your time, and she did that without fail."

She started her career at what was then Mary College in 1963, teaching music. She became the school's fifth president in 1978, and shepherded the college to university status in 1986. She retired in July 2009, continuing to serve the school in the area of mission advancement. During her tenure, the college grew from an enrollment of 1,000 to 2,862, and it also moved up a level in athletic competition to NCAA Division II.

Current President Monsignor James Shea said in a statement that Welder "was a rare person" and that her "leadership touched thousands of students’ lives as the university grew and expanded over her presidency."

"But perhaps even more than this, Sister Thomas was known for her attentiveness, her humility, her heart for service, and her love for her vocation as a Benedictine Sister of Annunciation Monastery," he said. "It was these qualities, too, which touched innumerable lives over the course of her life.”

Welder was an active participant on boards and in community organizations, including serving on the boards of CHI St. Alexius Health, MDU Resources Group Inc. and the Missouri Slope Areawide United Way.

Hoeven, now a U.S. senator, issued a statement Monday saying Welder "was a person of great faith who lived her life in service to her community."

"Sister Thomas did an incredible job leading the University of Mary and was beloved by both the students and faculty," said Hoeven, R-N.D. "As governor, I was honored to award Sister Thomas with the Rough Rider Award in recognition of her influence and leadership. (Wife) Mikey and I extend our deepest condolences to her loved ones and express our sincere appreciation for her lifetime of service and commitment to her community and God.”

Welder was inducted into the Scandinavian-American Hall of Fame in Minot in 2007 and received the Missouri Slope Areawide United Way’s 2007 Bismarck-Mandan Lifetime of Caring Award. The University of Mary library is named in her honor.

A celebration of Welder’s life will take place over two days.

A public visitation is planned from 1-7 p.m. on Sunday in Our Lady of the Annunciation Chapel in the Benedictine Center for Servant Leadership building on campus. A vigil service with evening prayer will follow at 7 p.m. A second public visitation is scheduled from 9-10 a.m. next Monday, with Welder's funeral following at 10 a.m.

The funeral is open to family and close friends. Others can watch via livestream at www.youtube.com/universityofmary/live.

Welder will then be immediately buried after Mass in the nearby Monastery Cemetery on the west bluff next to the Benedictine Center for Servant Leadership, overlooking the Missouri River.

Gov. Doug Burgum in a statement Monday said he worked with Welder in the late 1980s and early 1990s on Vision 2000, a statewide economic development initiative, and "I witnessed firsthand the tremendous power in her quiet, humble leadership style."

He added that "North Dakota is an immeasurably better place because of her extraordinary service and leadership. We are eternally grateful for the incredible legacy she leaves behind, spreading the light of knowledge and faith across our state, nation and world."

Both Burgum and Kunze, the prioress, said Welder had a talent for remembering the names and faces of almost everyone she met.

“Her attention to the details of daily lives and family members of those she met would be recalled in future encounters," Kunze said. "Students, faculty, staff, and guests of the monastery would marvel when she asked about people and situations in their lives that had been discussed months, even years, earlier. She had a ready laugh and gentle nature that made others comfortable in her presence.”

Welder was a member of the St. Mary's Hall of Fame and a founding member of the Light of Christ Catholic Schools Board of Directors, school system President Gerald Vetter said in a statement to officials, alumni and others.

"She was a true servant leader and devoted her life to faith and education," he said. "Our students and schools are stronger, better and eternally blessed by her leadership and prayers."

Benedictine Sister Kathleen Atkinson said Welder’s legacy will be her deep level of commitment to the Bismarck community.

“A person with that kind of gift and talent could leave Bismarck, you know? You climb to a higher university, you go to a bigger city,” Atkinson said. “She chose to stay here; she chose to be committed to the people of western North Dakota even though she had this broader reach, and that’s significant.”

Atkinson and Welder attended the same schools in their youth and became friends later in life. They both were Benedictine nuns in the same monastery. Atkinson went to the University of Mary in 1974, when Welder was the choir director. Atkinson later worked at the university for 20 years in various capacities under Welder’s helm.

“She was a phenomenal organist and choir director," Atkinson said. "Her voice was beautiful, too.”

Retired Catholic priest Marv Klemmer, of Bismarck, said he will cherish the final interaction he had with Welder last Wednesday, when the two visited briefly during a prayer service.

“When you were in her presence, she made you feel special,” he said. “Just a wonderful sister. Always giving of herself. Always there for you.”

Sister Thomas Welder, the longtime former leader of the University of Mary, has died, the school announced Monday.

The late Sister Thomas Welder, longtime former leader of the University of Mary, was honored in the U.S. Senate on Wednesday.

States with the largest tax burden

How PPP Rules for Small Businesses Have Changed This Time Around

How PPP Rules for Small Businesses Have Changed This Time Around 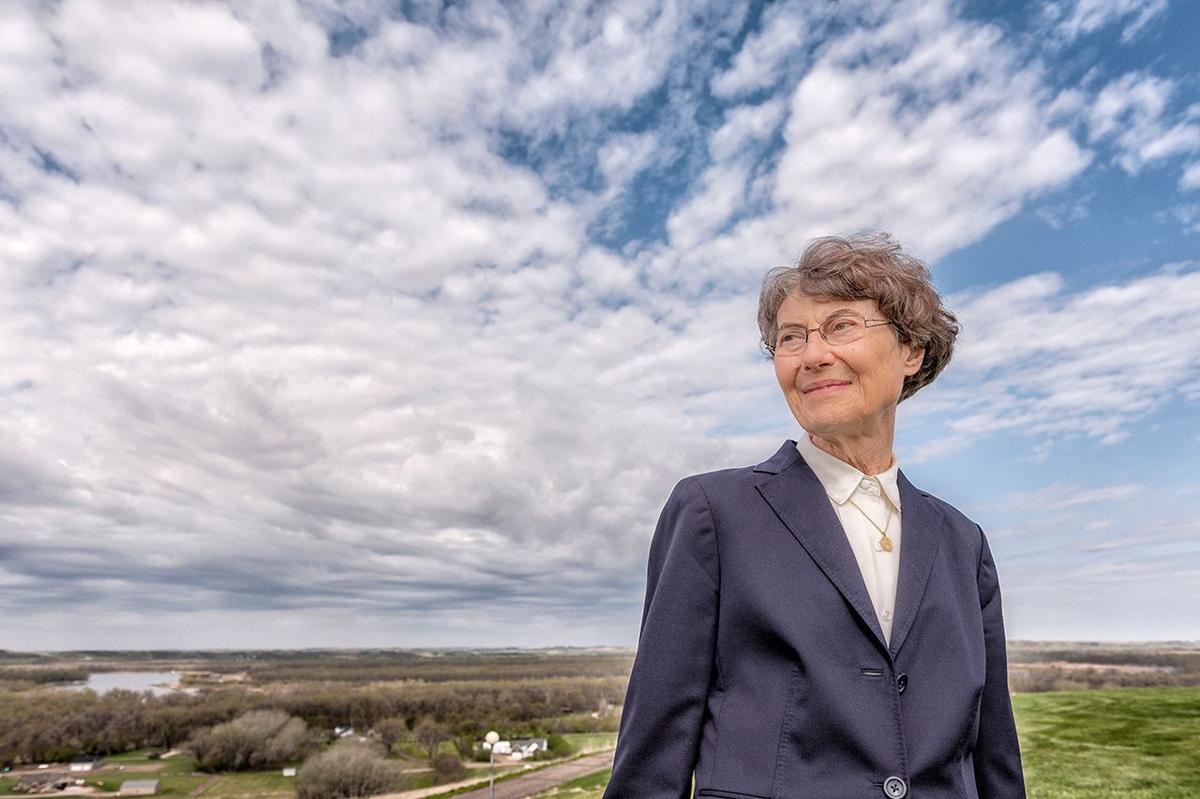 Sister Thomas Welder on her first day as University of Mary president in 1978. 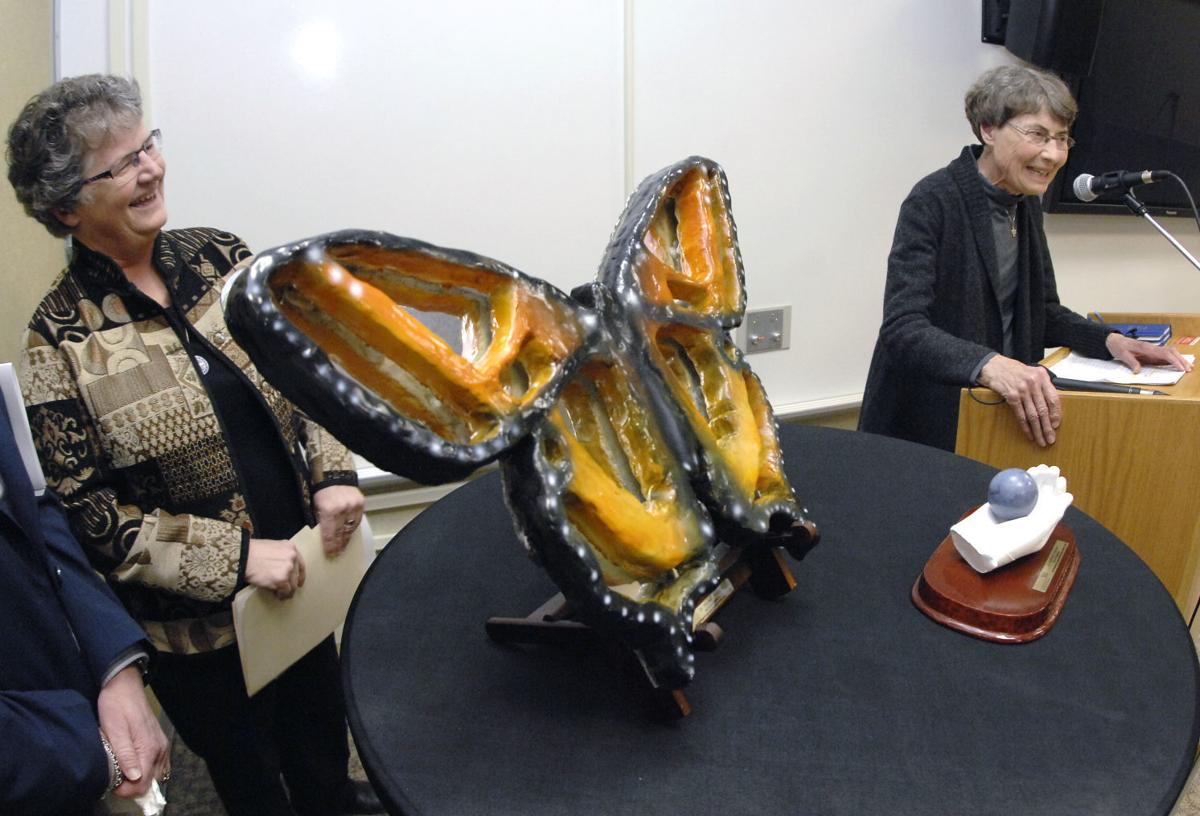 Sister Kathleen Atkinson, left, and Sister Thomas Welder were recognized in April 2016 by Charles Hall Youth Services for their lifelong service and compassion to the Bismarck-Mandan communities at a gathering to promote the organization’s 50 Acts of Kindness effort for the month of April. The sculptures given to Atkinson and Welder were made by the youth residents. 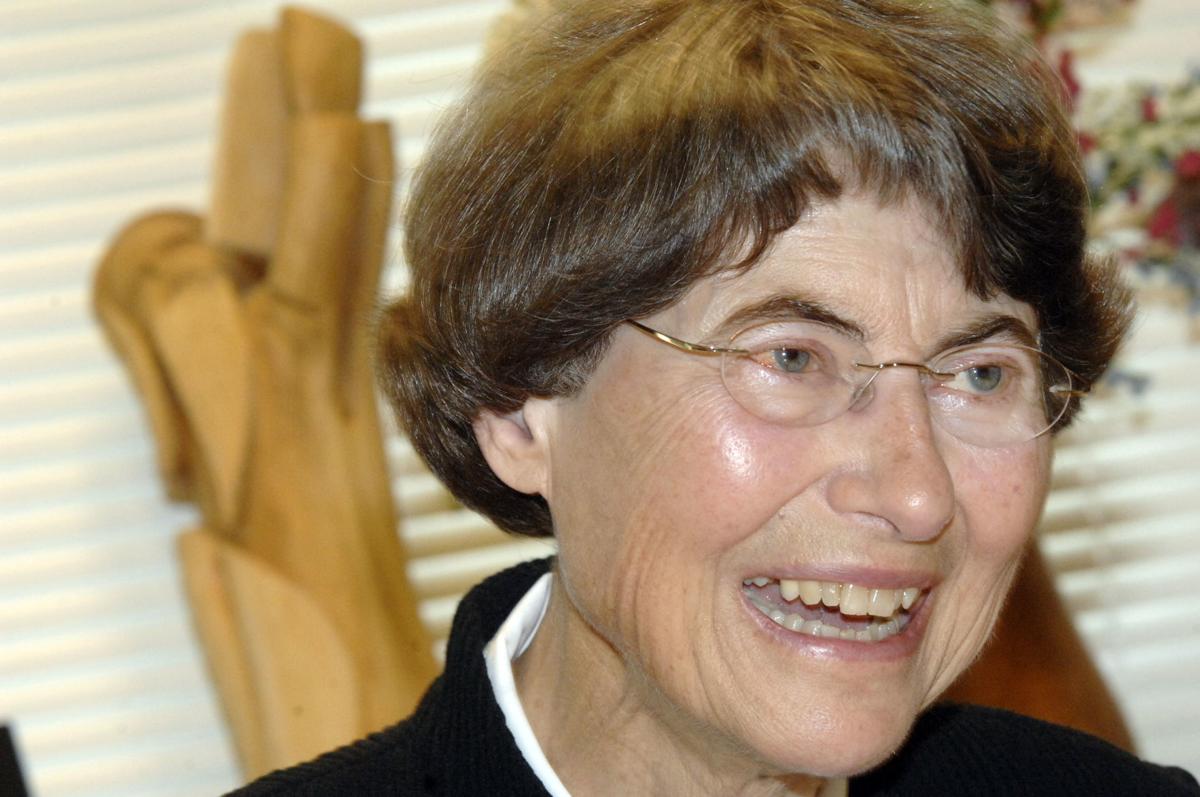 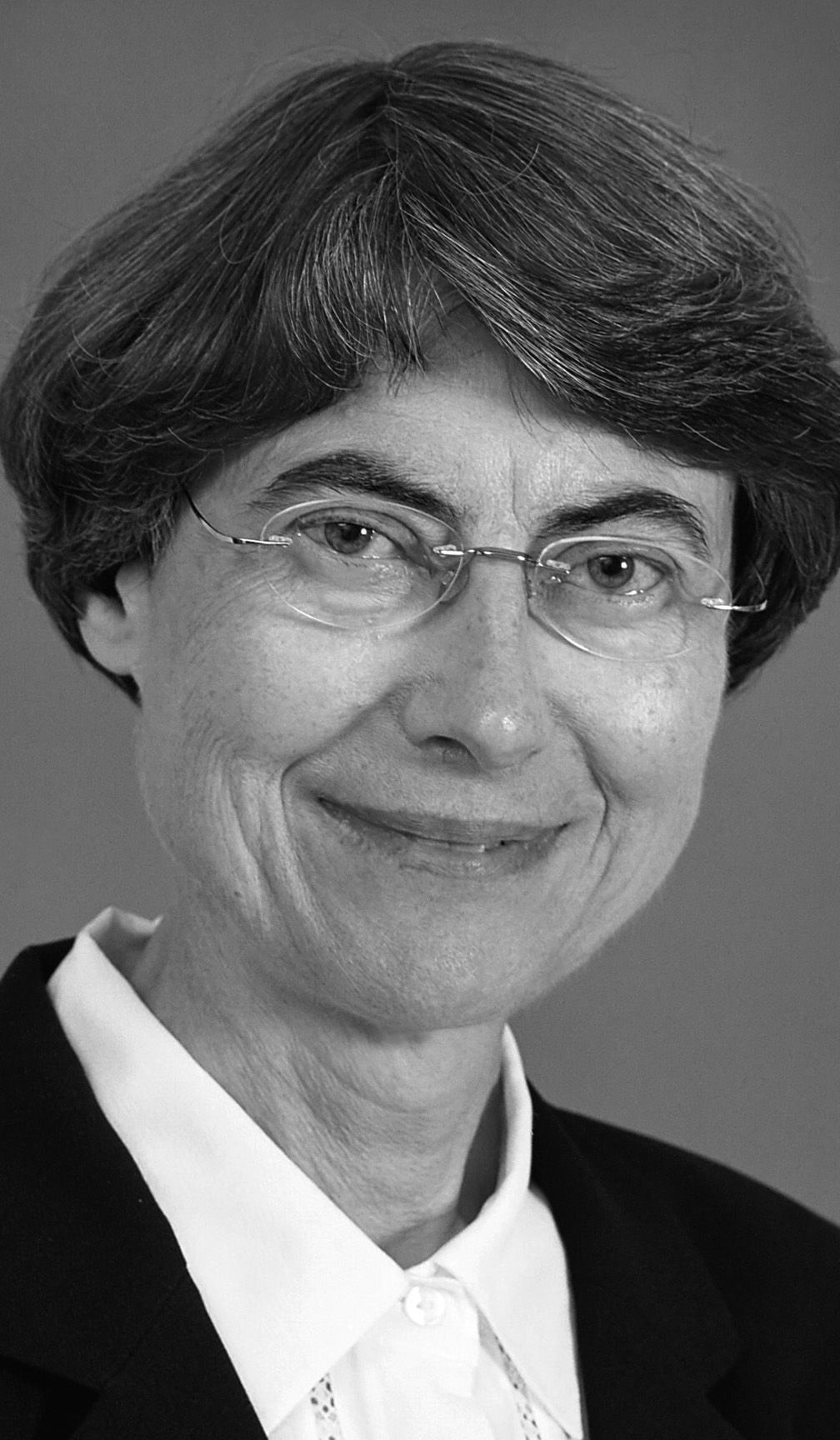