Read through the obituaries published today on bismarcktribune.com. 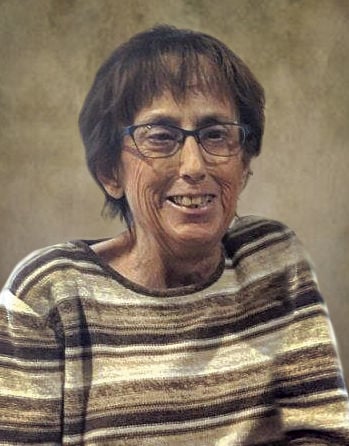 Mass of Christian burial will be held at 10:30 a.m. Wednesday, Sept. 11, at St. Joseph Catholic Church, Mandan, with the Rev. Patrick Ojedeji as celebrant. Burial will be at the North Dakota Veterans Cemetery in Mandan. Visitation will be from 5 to 8 p.m. Tuesday at Weigel Funeral Home, Mandan, with a rosary/parish vigil at 7 p.m. Visitation will continue at the church one hour prior to the service on Wednesday.

Karen’s greatest joy in life was becoming a grandmother and doting over her grandson, Jude. A close second was her love for the family pets.

She worked at Runnings of Bismarck but was well known by many of her friends and acquaintances from her previous employer Thrifty White Drug.

Karen was preceded in death by her father, John Morrell.

Memorial services will be held 10 a.m. Friday, Sept. 13, at Parkway Funeral Service, 2330 Tyler Parkway, Bismarck. Visitation will begin one hour prior to the service. Burial will take place at the North Dakota Veterans Cemetery, Mandan, at 1 p.m.

Danna was born March 15, 1952, in Garrison, to Harvey and Carol (Bergley) Albrecht. Danna graduated from Bismarck High School in 1970. She married Jerry Fiedler on July 20, 1972. They raised their two children in Bismarck, except three years when they lived in Cheyenne, Wyo., while Jerry went to school. After moving back to Bismarck in 1990, Danna got into property management of apartments and continued to do that for the next ten years. Danna’s first grandchild was born in 2007 and while helping fill in for daycare she decided she wanted to do “Grandma Care” full time. Over the next ten years she took care of her six grandchildren with Jerry’s full-time help after the fourth was born.

Danna enjoyed camping and fishing. She liked to plan, plant, and tend her garden each year. Most of all, Danna loved spending time with and caring for her grandkids. She enjoyed hearing about all their activities and celebrating with them.

She was preceded in death by her loving husband, Jerry; her father, Harvey Albrecht; and her in-laws, Herbert and Ruth Fiedler and Violet Fiedler. 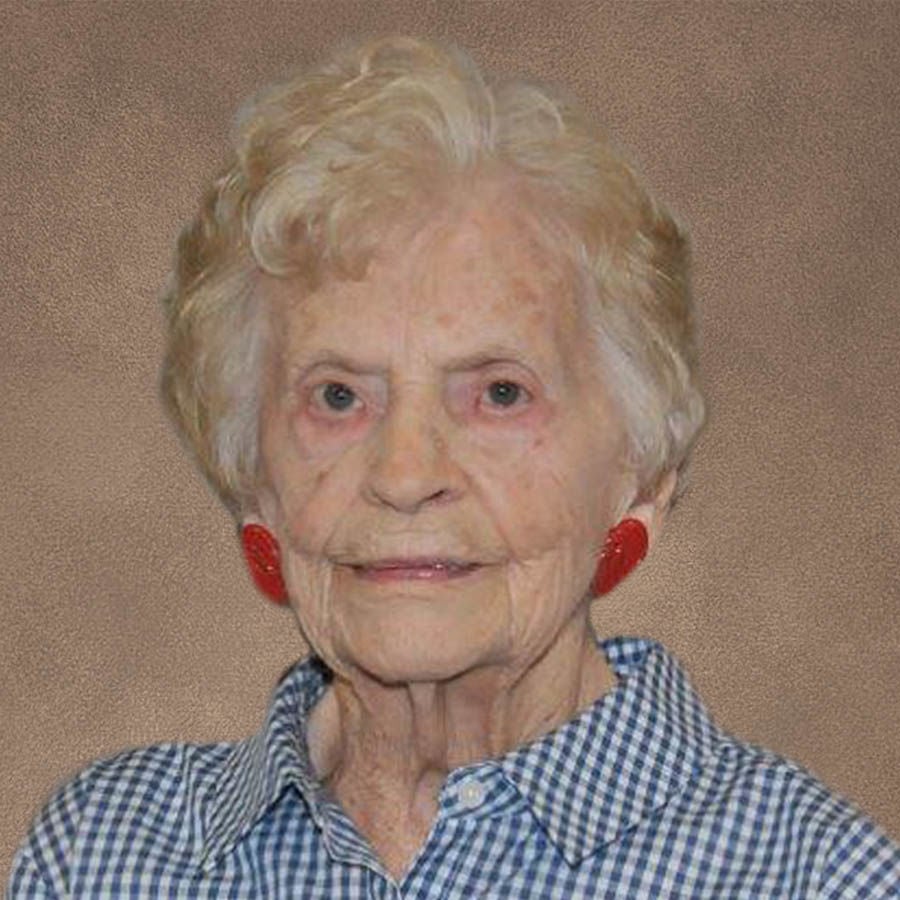 Funeral services will be at 10:30 a.m. Friday, Sept. 13, at St. John Lutheran Church, Dickinson, with Pastor Lisa Lewton officiating. Burial will take place in Halliday Cemetery. Visitation will be from 4 to 7 p.m. Thursday at Stevenson Funeral Home, Dickinson, with a prayer service being held at 6 p.m.

Ruby Neolin Paulson was born Oct. 23, 1922, at Halliday, to Reinart and Nikolina (Haaland) Nodland. She was baptized into Christ and confirmed in the faith at Marshall Lutheran Church, becoming a charter member of that congregation. She taught Sunday school and was involved with the American Lutheran Church Women (ALCW). She attended Big Flat School District in her elementary years and high school at Halliday, graduating in 1940 as salutatorian. Ruby's father, Reinart, served on the Big Flat school board and was instrumental in starting a horse-drawn school bus to bring all the country kids to school. Upon high school graduation, Ruby attended Dickinson State Teacher's College, (now DSU), for a nine-month term. She taught country school in Dunn County for two years.

Ruby married Paul E. Paulson on Jan. 23, 1943, in Glendive, Mont. (Baptized January 23, 1923!) They were blessed with five children - Gary, Dennis, Paulette, Sonja, and Nikki. They farmed and ranched south of Halliday until they moved to Dickinson in 1991. Ruby was a charter and honorary member of the North Dakota Cowbelles (now North Dakota CattleWomen) for 66 years, serving at the district level and also as State Secretary and Treasurer. She also was a volunteer for the American Cancer Society and was on the state board of the American Red Cross as Secretary for 10 years. After moving to Dickinson, Ruby and Paul became members of St. John's Lutheran church. Ruby served on the St. John’s Service League and became involved with her volunteer work at St. Luke's Nursing Home for 17 years. They moved to Park Avenue Villa (assisted living residence) in December of 2011, where she resided until June 2018, when she moved into St. Luke’s Nursing Home. She enjoyed many activities including devotion time, yoga, coffee with friends, bingo, musical entertainment and the Tuesday worship service. Paul passed away in 2017 at the age of 101.

She was well known in her day for her lefse and other Norwegian pastries to share with others and to complement the traditional family Christmas Eve Lutefisk meal. She baked, cooked, and worked tirelessly for family, hired men, and neighbors during her time as a busy mom and farm/ranch wife. Ruby, in good Norwegian tradition, always had a cup of coffee and a treat for everyone, but especially the grandkids. She enjoyed creating personal poems for special people in her life. She also enjoyed being fashionable with her clothing and hair styles even to old age. Ruby will be remembered as a loving wife, mother, grandmother and great-grandmother and for always giving humbly and selflessly for others. Even though the ruby gem is precious, she was more "precious than rubies" as embodied in the characteristics that describe a Christian woman according to Proverbs 31.

Remembrances and condolences may be shared with the family at www.stevensonfuneralhome.com. 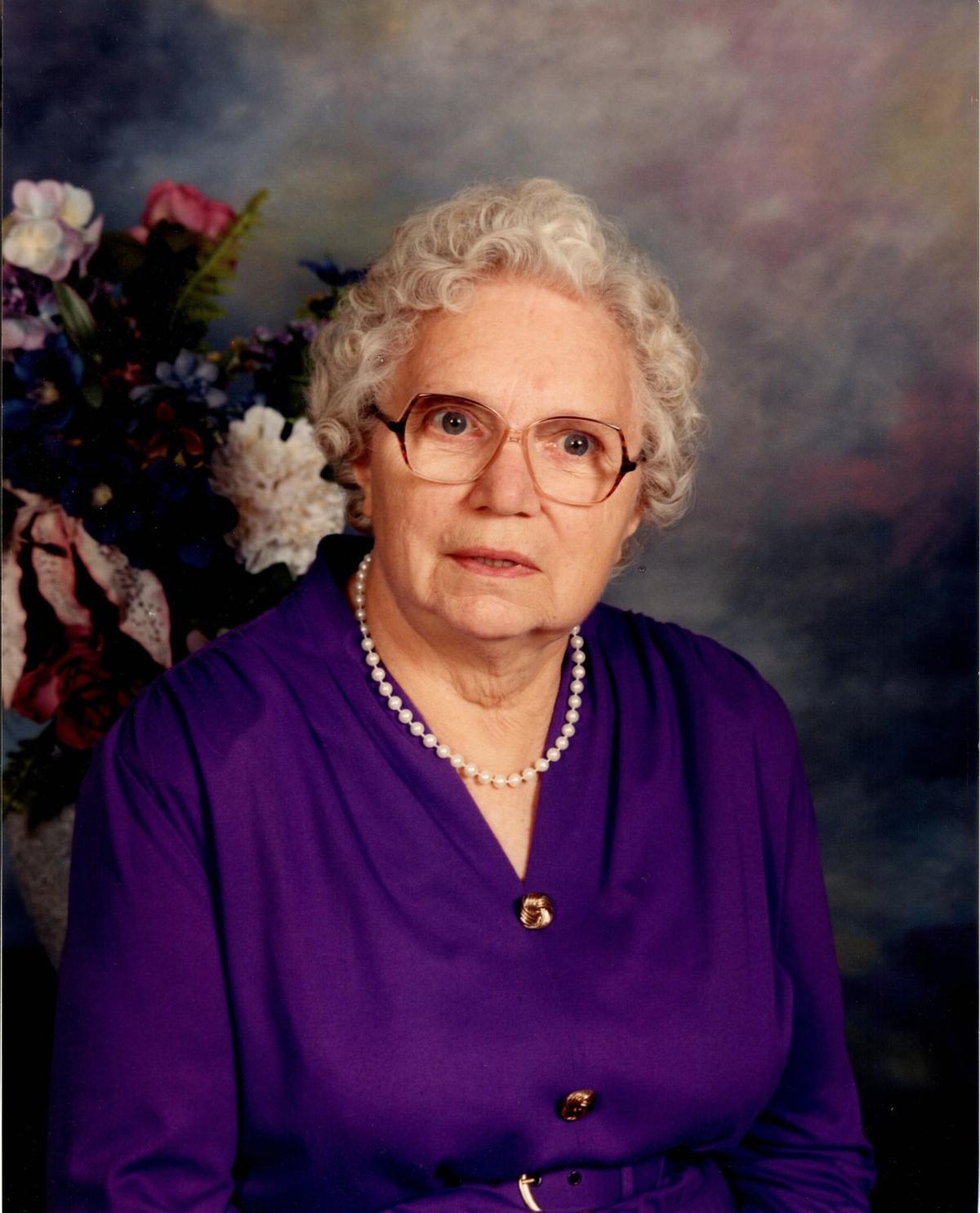 Funeral services will be held at 1 p.m. Thursday, Sept. 12, at Mandan United Methodist Church. Visitation will be held from 4 to 7 p.m. Wednesday at Buehler-Larson Funeral Home, Mandan, and the family will greet friends one hour prior to the service at the church on Thursday.

Please go to www.buehlerlarson.com for the full obit and to share memories of Althea.

Memorial services will be held at 11 a.m. Saturday, Sept. 14, at Money and King Funeral Home, 171 W. Maple Ave., Vienna, Va. Preceding the memorial service, friends and family will have an opportunity to visit from 10 to 11 a.m.

John retired from the U.S. Department of Labor in 2006 after over 30 years of service with the federal-state unemployment insurance system. At the time of his retirement, he was executive director of the Unemployment Insurance Information Technology Support Center. John grew up in Bismarck and was a graduate of Bismarck High and the University of North Dakota.

Memorial contributions may be made to the National Trust for Historic Preservation or the Animal Welfare League of Arlington Virginia.

Services will be held at 10 a.m. Friday, Sept. 13, at the North Dakota Veterans Cemetery, Mandan. 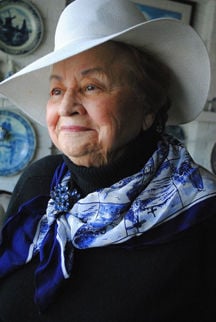 Mass of Christian burial will be at 10 a.m. Thursday, Sept. 12, at Church of Corpus Christi, 1919 N. 2nd St., Bismarck, with the Rev. Paul Becker officiating. Burial will be at North Dakota Veterans Cemetery, Mandan. Visitation will be from 5 to 8 p.m. Wednesday at Parkway Funeral Service, 2330 Tyler Parkway, Bismarck, where a rosary/vigil service will begin at 7 p.m.

Ella was born Jan. 30, 1921, the daughter of A.J. and Gertrude (deKoning) Bogers. She was raised and educated in Halliday. After graduating from high school she received her teacher’s certificate and taught rural school in Dunn County. Ella married Donald Beaton in 1945. Don suffered a stroke in 1983 and Ella spent much of her time visiting him at St. Vincent’s Nursing Home until his death in 1994. Don’s care was always her priority, and she faithfully brought him home for Sunday afternoons and took him to SMCHS football games. Ella retired as administrative assistant at St. Mary’s Central High School after 21 years.

Ella was very active in Girl Scouts, serving as camp director and Girl Scout leader at Riverdale, Wahpeton, and Bismarck. She was a member of Corpus Christi church where she served in various positions. She was a member of St. Thomas Guild, and American Legion Auxiliary. She discovered her love for the arts and her passion for watercolor, oil, and tole painting, which she displayed at Gallery 522 and many craft fairs. Her grandchildren loved sleepovers at Grandma’s and spending time in her studio creating things.

Her children and grandchildren were very important to her. She opened her home to many of her nieces, nephews, and grandchildren as they pursued their education or their work. Over the years, her home was a gathering place for backyard get-togethers and holidays for the Beaton, Bogers, and Runge families.

She was preceded in death by her husband, Donald; her parents; her brothers, Dingeman, John, Francis and Pete; and sisters, Catherine Hueske and Cory Brooks.

Funeral services will be at 10 a.m. Saturday, Sept. 14, at Zion Lutheran Church, Mobridge, S.D. Burial will be at Glenham Cemetery under the direction of Kesling Funeral Home, Mobridge. Visitation will start at 5 p.m. Friday at St. Jacobi Lutheran Church, Glenham, with a prayer service at 7 p.m.

Visitation will be held from 6 to 7 p.m. Wednesday at Weigel Funeral Home, Mandan, with a rosary/parish vigil at 6 p.m. Visitation will continue at the church one hour prior to the service on Thursday. 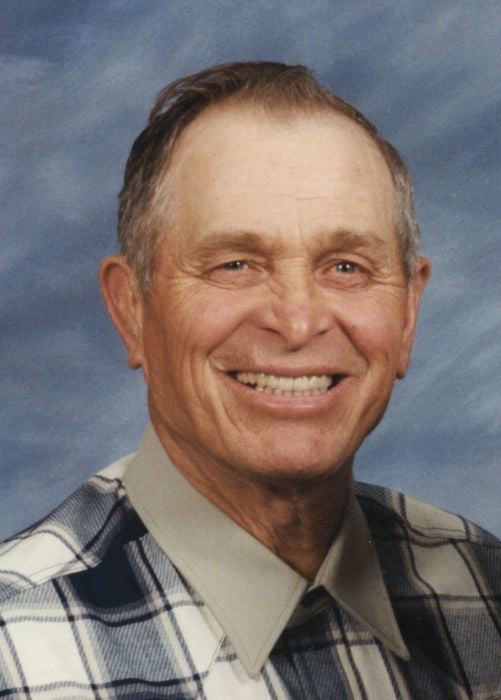 E.C. "Milo" Kalvoda died peacefully at his home surrounded by family on Friday, Sept. 6, 2019, after his three year battle with Parkinson’s.

A Mass of Christian Burial will be held at 10:30 a.m. CDT on Tuesday, Sept. 10, 2019, at Christ the King Catholic Church, Mandan, with Fr. Fred Harvey as celebrant. Burial will follow at the North Dakota Veterans Cemetery, Mandan.

Visitation will be held Monday, Sept. 9, 2019, from 5 to 8 p.m. at Weigel Funeral Home, Mandan, with a Parish Vigil at 7 p.m. Visitation will continue at the church one hour prior to the service on Tuesday.

Milo was born Nov. 4, 1938, in Mandan, the youngest son of John and Marie (Kadlec) Kalvoda. He was raised on a farm 6 miles southwest of Mandan. It was the place where he loved and learned farming and ranching with this parents, siblings, uncles, and cousins. He attended country grade school by horse and buggy, then graduated from Mandan High in 1956.

He was the second son to join the Marine Corp. and served 1958-1961, where he was a trained machine gunner and squad leader. After basic training, he was stationed in Yuma, Ariz., at an airbase. He did not re-enlist and returned to help on the farm when his brother, Benny, got sick and later died.

On June 3, 1963, he married Lois Thompson. They resided on the family farm where they raised their family until 1974 and moved half a mile away to start their homestead.

Milo had lots of hobbies including driving his John Deere’s, working the land, checking his cattle, keeping all the kitties fed and taking the dog for a ride in his red Ford pickup. He enjoyed going to Ohm’s Café, the Kist Livestock Auction barn and finding friends to enjoy coffee, pie and conversation and maybe a joke or two. He had a love for dancing the polka, playing cards, cracking jokes, and making people laugh.

Please always remember Milo with a smile on his face, a memory you may have, a joke he has shared, and his contagious laugh before he got the punchline.

He will be missed by his wife of 56 years, Lois; daughters, Corina (Marc) Larson, of Bismarck, and Lisa (Greg) Ripplinger, of Mandan; son, Dan (Colleen) Kalvoda, of Beulah; grandchildren, Payton Larson, of South Korea, Parker Larson, of Grand Forks, Heather Ripplinger and Phaden Marcellais, of Mandan, and Madison Ripplinger, of Fargo; and several nieces, nephews, family, and friends.

Super Sunday -- Test yourself with our Big Game Trivia Quiz!

Get exclusive local and national political news in your inbox.