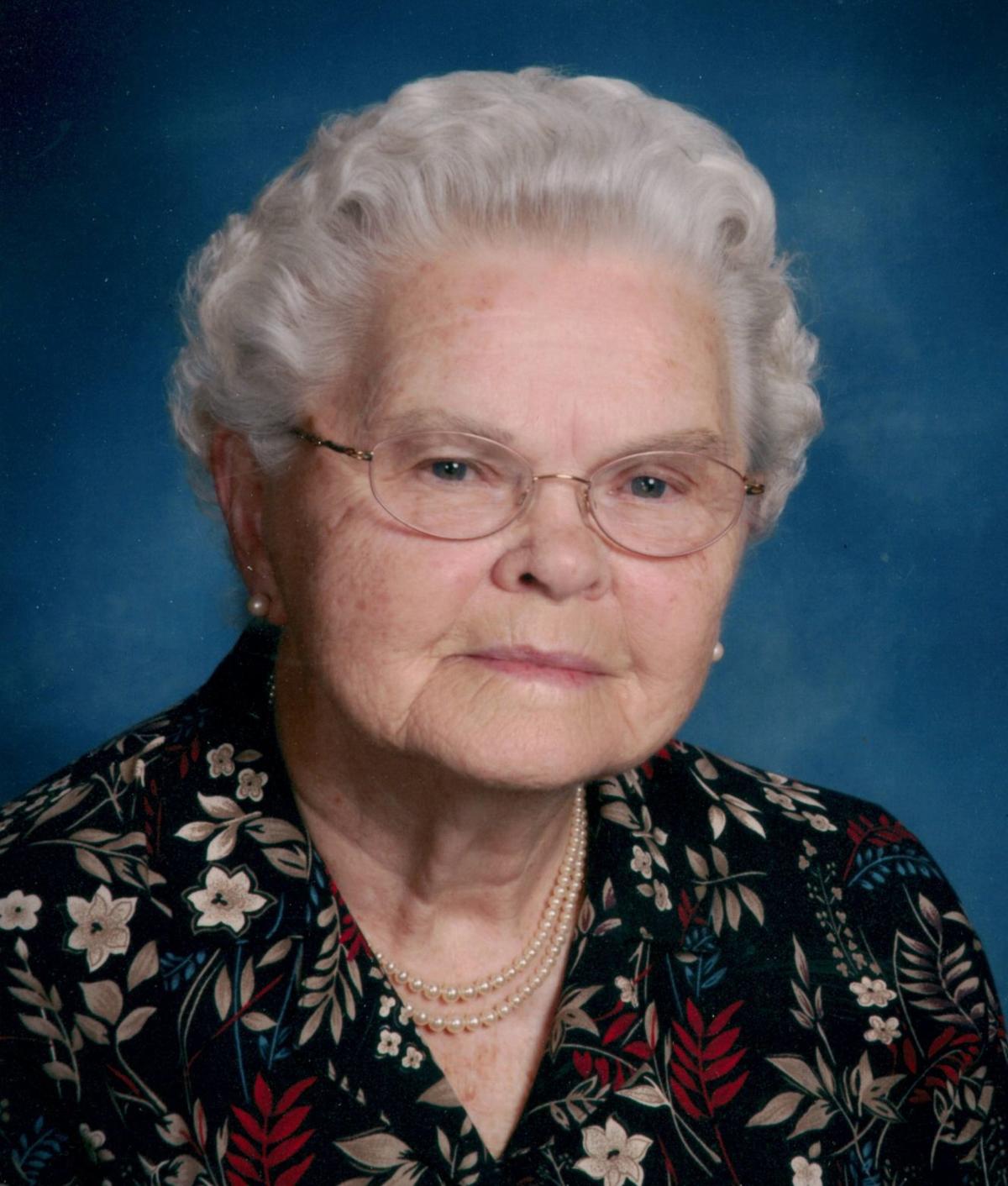 Mass of Christian Burial will be at 10:30 am on Monday, Feb. 17 at St. Anthony's Catholic Church, Linton.

Visitation will be from 4-7 p.m. with a prayer service at 7 p.m. on Sunday at Myers Funeral Home, Linton.

Cecilia was born on Sept. 19, 1926, to Zacheus and Amalia (Schreiner) Braun. She grew up on a farm SW of Strasburg and attended country school. She graduated from Linton High School in 1945. She then taught country school for two years before attending business college in Bismarck. She worked for an attorney in Linton and later at the Emmons County Record.

On Dec. 30, 1958, Cecilia and Jack Wagner were united in marriage at St. Anthony Catholic Church. The couple made their home in Linton where they raised their two children. Cecilia worked in the district juvenile court at the courthouse in Linton for over 30 years.

Cecilia enjoyed gardening and loved flowers. She liked to crochet, cross stitch and do cross word puzzles. She was an excellent cook and loved to bake.

Cecilia lived at the Strasburg Care Center for a short time before moving to the Prairie Rose apartments in Linton. In October 2018 she moved to St. Vincent's in Bismarck.

A special thank-you to the staff at St. Vincent's for the wonderful loving care given during this time. 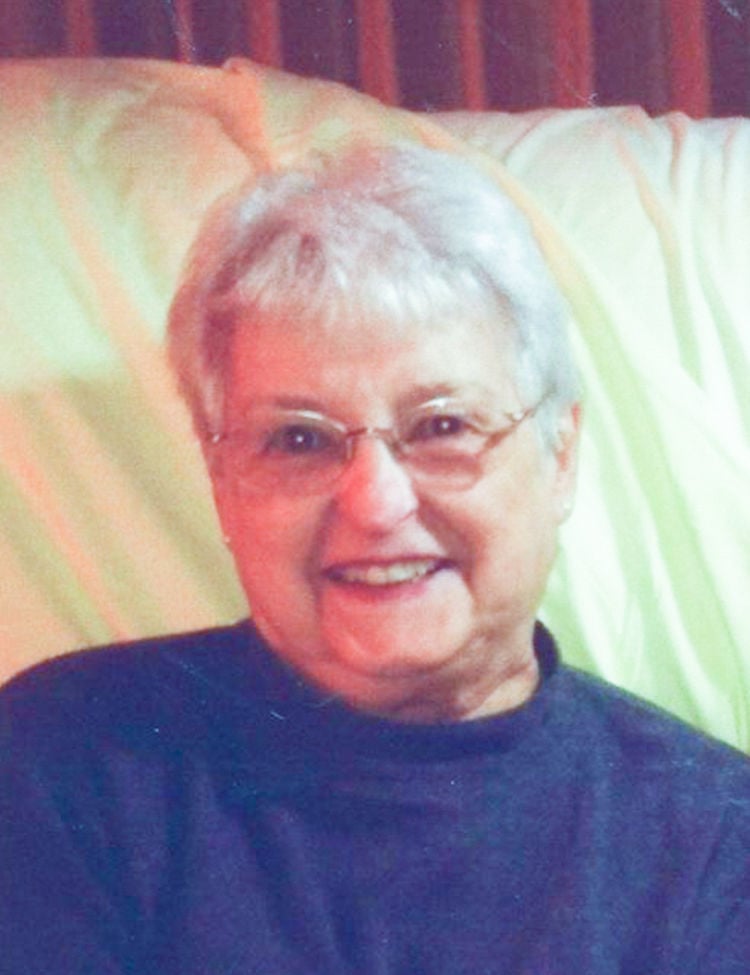 Elizabeth Fuhrman, 88, Bismarck, passed away peacefully Feb. 10, 2020, at her residence surrounded by her family. A Celebration of Life will be held at a later date with burial in the North Dakota Veterans Cemetery. There will be no visitation, as cremation has taken place.

Elizabeth was born Dec. 1, 1931, near Linton to Anton and Barbara (Mosset) Werner. She was raised and educated in Bismarck. She worked at St. Alexius Medical Center in Bismarck for most of her life. She enjoyed fishing with family and playing cards and spending time with family.

Elizabeth was preceded in death by her parents; husband, Thomas; sister Cecelia; and brothers, Glen and Tony.

Elaine Levi Bauer, 92, previously of Bismarck, passed away peacefully under the care of hospice on Feb. 6, 2020, at Lilac Homes in Moorhead, Minnesota.

Elaine was born on a farm in McIntosh County near the town of Venturia on Aug. 5, 1927. Her parents were Fred and Christine Levi, formerly of Greenway, South Dakota. Elaine graduated from Zeeland High School at age 16. Upon completion of high school, she entered the Bismarck School of Nursing, graduating with her RN degree. She worked as a registered nurse in Bismarck, Fargo and Fort Collins, Colo., supporting her family while her husband, Armand, obtained his doctorate from Colorado State University. Elaine was an active member of Immanuel Lutheran Church in Fargo and Zion Lutheran Church in Bismarck. She was engaged with her neighbors, and a believer in frequent and big hugs. She made a loving home for her husband and children. She was also quite active in genealogical research, and with her husband, was one of the founders of the Germans from Russia Heritage Society in Bismarck. Elaine was a skilled bridge player, playing in multiple bridge groups, and enjoyed domestic and international travel with her husband. Travel highlights for her were trips to the Panama Canal, Germany, and Australia.

Arrangements have been entrusted to the care of Boulger Funeral Home and Celebration of Life Center in Fargo. To sign the online guest book, please visit our website at www.boulgerfuneralhome.com. 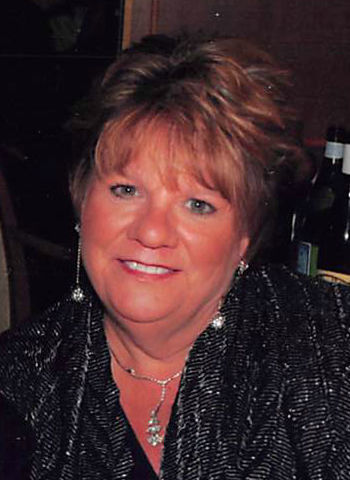 Family will greet visitors from 5 to 6 p.m. Sunday, Feb. 23, at Parkway Funeral Service, 2330 Tyler Parkway, Bismarck, where a prayer service will begin at 6 p.m.

Candy was born in Devils Lake on July 4, 1956, to Duane and Van Sauter. The family moved to Bismarck in 1958 and Candy graduated from Bismarck High School in 1974. During her high school years, she enjoyed being a cheerleader and a majorette.

After graduation, Candy enlisted in the Army Reserves where she served until April 1977 and received a nursing degree. Shortly after her first honorable discharge she re-enlisted and spent another three years as an Army recruiter until she received her second honorable discharge. Candy always had a deep love for all service men and women and was very proud to be a lifetime member of the Bismarck Amvets Club.

On Feb. 18, 1978, Candy married her true soulmate Robert “Bob” Douglas Eckert. Candy and Bob spent 42 amazing years together. Together, they worked in the business they started (Bob Eckert Painting Inc.) for over 20 years.

Candy and Bob were blessed with two children, Robb (born in 1981) and Amber (born in 1979). During the time their children were growing up, Bob and Candy went to all their kids' sporting events regardless of the distance they had to drive.

Friendship was very important to Candy. She truly believed the more friends you had, the better life would be. Many of these friends have expressed that “to know Candy, was to love Candy.” She looked forward to her monthly book club meetings as she knew they would be filled with plenty of laughs, food, drinks, and if there were any time left ... books!

Candy loved many in this life, but nothing came close to the love she had for her grandkids (Andrew, Emmy, Bobby, Gabe). She cherished each of them and treasured the moments she spent with them. 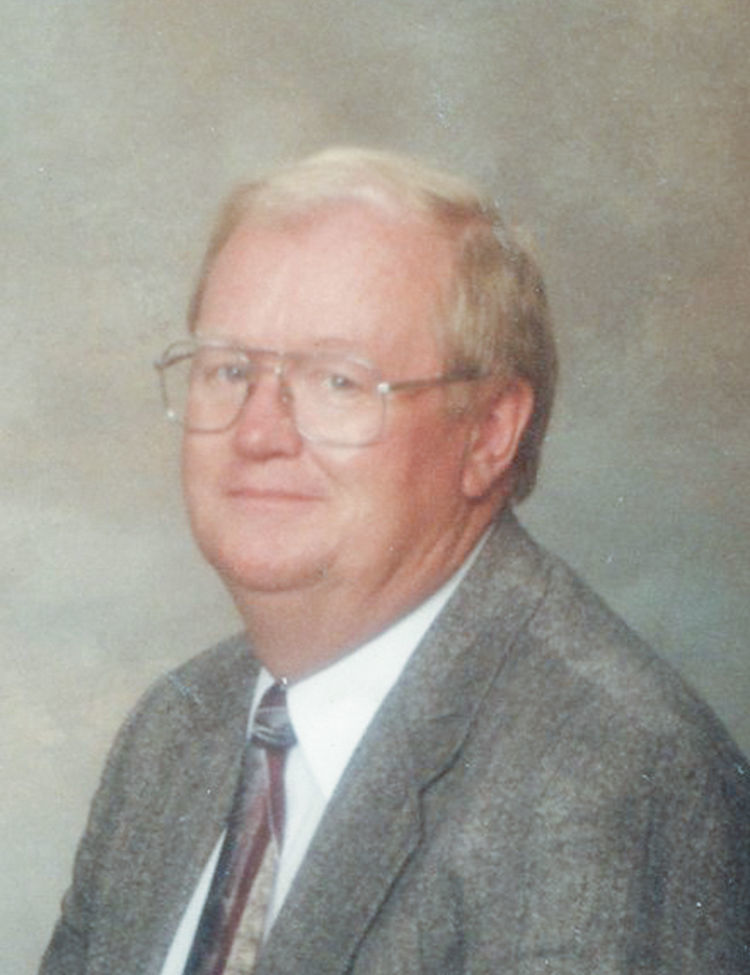 Bill was born June 6, 1948, in Beach, the younger son of Hollis and Esther (Halvorsen) Dietz. He had a happy childhood growing up in Beach. Bill graduated from Beach High School with the class of 1966, Dickinson State College in 1970, and the University of Montana in 1972. Bill spent his life in education teaching mathematics and coaching. After 18 years as a classroom teacher he continued leading as an athletic director, principal and superintendent for schools in Wisconsin, Montana and North Dakota.

Bill's life changed when on June 8, 1974, he married Carol Hughes in Fall River, Wisconsin. Throughout their 46 years together Carol provided a loving, stable home for their family as they traveled through life together. Bill cherished his time with Carol and their children and grandchildren.

Over the years the companionship of numerous pets and hunting dogs provided great comfort to Bill. He looks forward to the time reunited with them as they snuggle together after roaming the outdoors. Bill will spend forever with those spirits of family members, fishing and hunting partners, friends and former students and colleagues that have passed on. “Try to do the best you can each day.”

Bill was preceded in death by his parents, grandparents and son-in-law Donnie Ray Birdine Jr. 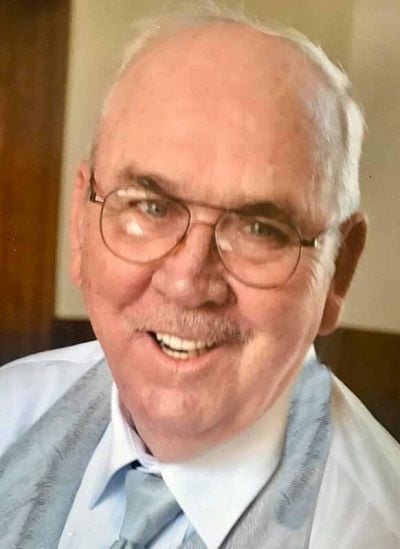 Arthur Forrest Varty was born in the family home in Douglas on June 4, 1936, and passed away at home on Feb. 8, 2020, surrounded by his family. Art spent his last years in Bismarck close to his family.

A celebration of his life will be held 2 p.m. Saturday, Feb. 22, at Shepard of the Valley Church, 801 E. Denver Ave., Bismarck. Burial will be held 11 a.m. Monday at the North Dakota Veterans Cemetery with full military honors.

Art was the fourth child born to Forrest and Florence (Wolcott) Varty. He spent a majority of his childhood trapping and hunting small game animals around the town of Douglas. He graduated from Douglas High School.

Art enlisted in the United States Army on Oct. 18, 1955. He proudly served his country and was stationed in Germany. He was honorably discharged in 1961. Upon leaving the military, he started his career as a police officer and later the sheriff of Nelson County. Art will be remembered for the wonderful stories that he enjoyed sharing with each person he came across.

Please visit www.eastgatefuneral.com to share your condolences and memories of Arthur.

Harley D. Kienzle, 73, Ft. Morgan, Colo., died Feb. 3, 2020, at his home in Colorado. Cremation has taken place, a memorial service will be held in Steele in the spring.

Please visit www.goetzfuneralhomes.com to view the complete obituary and sign the online guestbook of Harley with his family.

Please visit www.goetzfuneralhomes.com to view the complete obituary and to share memories of Sandy with her family.

Visitation will be from 4 to 7 p.m. with a prayer service at 7 p.m. Sunday at Myers Funeral Home, Linton.

Visitation will be held from 5 to 7 p.m. Tuesday at Parkway Funeral Service, 2330 Tyler Parkway, Bismarck, where a prayer service will begin at 7 p.m. 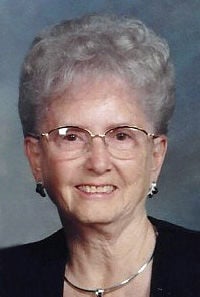 Visitation will be held from 5 to 7 p.m. Tuesday at the Bismarck Funeral Home with rosary and vigil beginning at 7 p.m.

Cecelia was born on March 25, 1930 in Mandan, the daughter of Luigi and Rose (Swindling) Ciavarella. She was raised and educated in Mandan, receiving her diploma from Mandan High School.

On Oct. 17, 1950 she married the love of her life, Herman Dosch in Mandan. Cecelia met Herman at Capital Laundry Company in March 1949, where they both worked. They dated 1 ½ years before they got married and the rest is history. They were blessed with five children. They would have been married 70 years this October.

She enjoyed camping, fishing, playing pinochle, dancing and gatherings with family and friends. Cecelia and Herman entered many waltz and polka contests and have many first place trophies to prove it. They did a lot of traveling until they found their winter home in Mission, Texas. They wintered at Mission Bell Resort and then later moved to Fiesta Village until selling their place in 2017 due to her health. At family gatherings she would always make by request her famous homemade rigatonis and meatballs.

She is also survived by her brother, Joseph Ciaveralla. 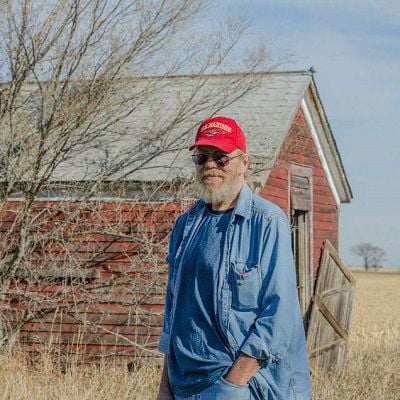 There will be no visitation, cremation has taken place.

Peter was born on Dec. 5, 1954, in Turtle Lake to Lillian and Marvin Reiser. Peter graduated from Washburn High School, attended Bismarck State College, and received his associate's degree in electronics.

He went on to join the Marines in 1973. Peter experienced many new things at this young age of 19, being a Marine jarhead. He traveled to many countries, saw many different cultures, and even had some time to run some hot rods!

In June of 1976 Peter, an E4, had his team on a training expedition and a horrible tragedy happened. The helicopter went down, killing eight out of 10 men. Peter was the last remaining survivor. Pete received several awards, one for National Defense Service, another for the Medal of Good Conduct, he also got a Sharpshooter Rifle Badge. And if you knew Pete, he loved to drive those amphibious tanks around!

In 1984, Pete married Cynthia Baier. They shared 35 wonderful years together and in that time, raised three children.

Pete and Cindi were happiest when doing recreational things like camping, fishing, or traveling. Or just being together raising their family. Peter worked at the gasification plant in Beulah for over 18 years. For recreation, he would sneak in a demolition derby and raise a little dust of his own. Pete would say, “Work smarter, not harder.”

Pete is survived by his wife, Cynthia and their children, Jon Lynn, Michael, and Nicole; two sisters, Margy Johnson, Mandan, and Carol and her husband Martin Boganowski, Washburn. Each having children, nieces and nephews that meant the world to Peter.

He was preceded in death by his parents, Marvin and Lillian Reiser and he lost his sister, Lois, to cancer many years ago. May you all rest in Peace.

QUIZ: How well can you spell?

Get the latest important news alerts delivered to your inbox.