The Bismarck Tribune was not made aware of service cancellations as of press time. Due to the recommendations regarding coronavirus, funerals may be limited to family only. 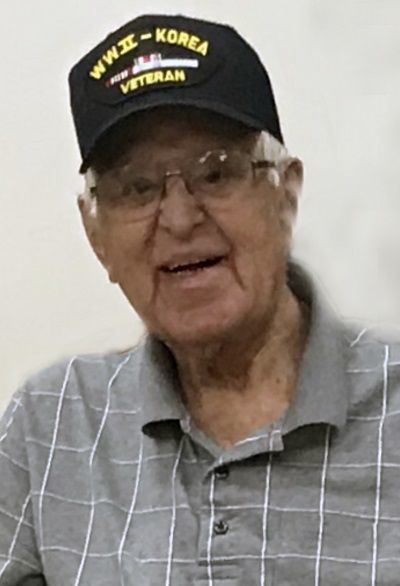 Boyd Gilchrist, 92, Mandan, died March 20, 2020 at Edgewood, Mandan. A private funeral service will be held at First Presbyterian Church, Mandan, with Rev. Deanna Reikow officiating. Burial will be at the ND Veterans Cemetery.

Boyd was born Feb. 16, 1928 in Cloquet, Minn., to Harlan and Margaret (Cartwright) Gilchrist. At age 16, Boyd left high school and enlisted in the U.S. Navy. He served as a pipefitter in WWII and the Korean War aboard the USS Delta AR-9. He was honorably discharged in 1953 and began working in Mandan as a pipefitter with the Local 300. He later worked as the mechanical superintendent for major mechanical companies around the U.S. He met Lorraine Dockter in Minnesota and they were married on Oct. 5, 1949 in Maryland where Boyd was based. In 1957 they moved to Mandan where they made their home and raised their family. Boyd held a license to pilot a single engine airplane and loved golfing. He was an active member of the Mandan Masons, Indian Shriners, a lifetime member of the American Legion, and was a Deacon and Elder at First Presbyterian Church of Mandan. Last October, he and Lorraine celebrated 70 years of marriage. Lorraine passed away in December 2019. Blessed to have shared in his life is one son, Gary (Jan) Gilchrist, Bismarck; two daughters, Jackie Gilchrist, St. Louis Park, Minn., and Sandy Westerlind (Daryl Delzer), Bismarck; four grandchildren, Ryan (Erin) Gilchrist, Missy Gilchrist, Shanna (Josh) Jury, and Nicki (JP) Maddock; seven great-grandchildren; and two brothers, Brian (Karen) Gilchrist, Fla., and Bruce (Brenda) Gilchrist, Carlton, Minn.

A special thank you to Edgewood Mandan for their wonderful care of Boyd.

In lieu of flowers memorials are preferred to First Presbyterian Church of Mandan.

Please go to www.BuehlerLarson.com to share memories of Boyd and to view the recorded funeral service. 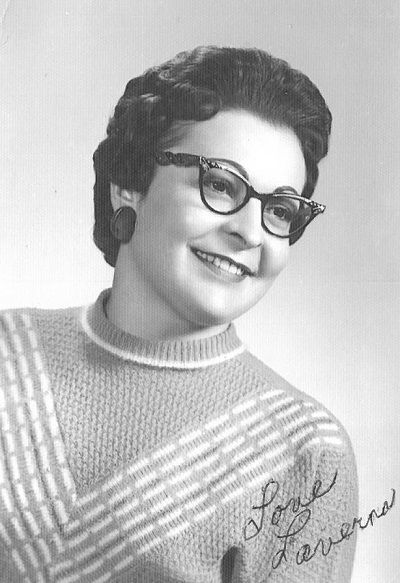 LaVerna was born May 13, 1931 to Adolph and Lydia (Schaeffer) Helm, the eighth of ten children. She attended country grade school near McClusky and graduated from South Center High School in Bismarck. She then graduated from Bismarck State College with a clerical and associate's degree in applied science.

She was employed as a dental assistant at Drs. Krause, Lauer, Lauer, Lee and Anstrom, where she assisted Dr. Warren Lee. On Dec. 7, 1962 she married Richard A. “Dick” Knapp, formerly from Cedar Rapids, Iowa. He passed away Feb. 17, 1996.

Elda Adams, 87, passed away on March 22, 2020, at the Sunset Drive – a Prospera Community in Mandan. A private family burial will be held. To read Elda's full obituary and to sign the online guestbook, go to www.eastgatefuneral.com. 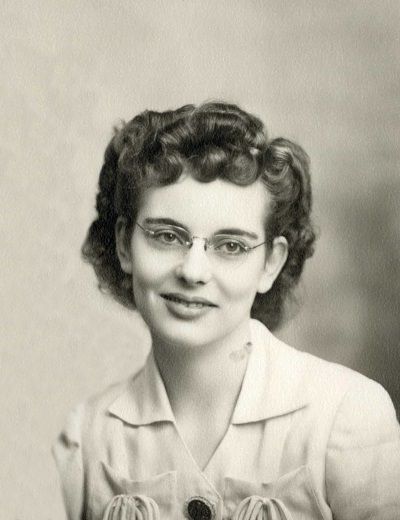 Memorial service in remembrance of Marie Mische Rehm, 96, Glen Ullin, will be held at a later date.

Marie Mische Rehm was born on Dec. 15, 1923 in Hebron, the daughter of William and Margaret (Treiber) Mische. She grew up, attended rural country grade school and graduated from Hebron High School in 1941. On Jan. 23, 1945, Marie was united in marriage to Harry “Jim” C. Rehm Jr. in Hebron. In 1946 they started a trucking business which they operated until 1971.

To this union, four children were born, Jonathan, Joel, Jeanne, and daughter Joyce, who was stillborn. Brett and Bart joined the family in adoption and were loved as their own. They resided in Hebron. Through the years, Marie was a bookkeeper for Urbans Inc., in Hebron, a clerk in the Hebron Post Office, a bookkeeper for Rehm Trucking Service, bookkeeper for Peavy Lumber in Glen Ullin, and the activity director for Marian Manor Nursing Home in Glen Ullin. She served her community for a time by being on the Hebron School board.

After retiring they traveled and helped out their children when needed with many, many projects. She and Harry also gave generously of their time with their grandchildren which they appreciated so much. Their investment in their children and grandchildren with time, love, play and work will always be cherished. They enjoyed their winters in the south and doing some mission work at a children's home in Mission, Texas. In September of 1979, Marie and Harry moved to Dickinson. In 2000, they moved to Glen Ullin to be closer to family and in 2008, she entered Marian Manor Health Care Center.

She loved music and prior to marriage she played clarinet in a band with her brother, sister, uncle and cousin called the “Victory V” (five) from 1942-45. Most all of their music was played by ear with no written music. She taught her daughter and several other children in the community to play the piano always stressing “COUNT, COUNT!” Marie loved to laugh and her infectious laugh always brought others to laugh with her. She used her humor and love for the Lord in leading the youth of the United Church of Christ for 25 years. Many youth from the community came to learn, love the Lord and play, in addition to the children from the church at these youth meetings. She taught Sunday school and Bible school for 20 years and held many home Bible studies.

Other interests were board and card games, embroidery, flower and vegetable gardening, jigsaw and crossword puzzles, reading and baking with many AWESOME caramel rolls and cookies given to many friends and family.

She also began painting in her middle years and became quite accomplished as a painter. She memorized some of the Psalms when in her 80s to “keep the mind going.” After her eyesight began to go, she learned how to play some games on her Ipad (large print) to help her pass the time. She always said she never got bored. Her faith and love for her Savior, Jesus, was always her foundation for her life and she prayed for each family member and many others to come to know Jesus as their personal friend and Lord of their life.

Remembrances and condolences may be shared with the family at

The Bismarck Tribune was not made aware of service cancellations as of press time. Due to the recommendations regarding coronavirus, funerals may be limited to family only. 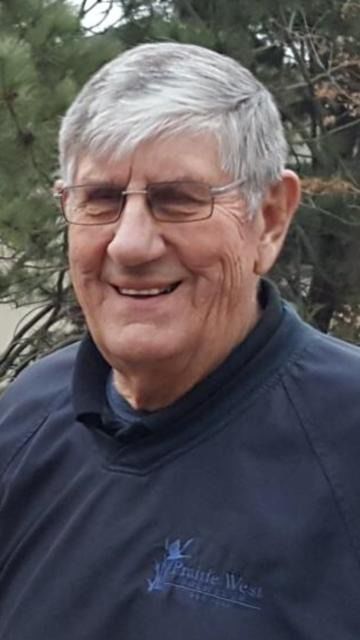 Dennis was born on Jan. 3, 1935 in Rolette. He graduated from Rolette High School in 1952. Following high school he pursued a career in education and received his teaching diploma from Minot State University. He also attended St. John's University in Collegeville, Minn. After graduating from college, he married Carol Jean (Myrum) Mongeon in Anaheim, Calif. on June 8, 1963. Dennis and Carol then moved to Mandan where he began his teaching career with the Mandan Public School District where he dedicated 28 years to teaching students at Mandan High School and Mandan Junior High.

Dennis was an avid sports fan and coached numerous sports throughout his career, including golf where he was the head boys and girls coach for numerous years. He also was an assistant for football, basketball, wrestling and cross country. Dennis had a positive impact on many of his students and athletes throughout his career. He also officiated many basketball and football games around the state. Dennis' impact carried far beyond retirement, and when his former students and athletes saw him in the community they regularly stopped to share his impact on their lives as a teacher or a coach.

During his teaching career Dennis also worked summers as a crop hail adjuster and after retirement continued this work for many years and enjoyed meeting people from all over the state, whom he always remembered. When mentioning a last name, Dennis could identify where they were from down to the mile marker and landmark to where their farm was.

Dennis loved his family. He was a great husband, father, brother, grandpa and great grandpa. He did whatever he could to make sure he could attend as many sporting events as possible of all his kids and grandkids. His brownies were a major hit for all the grandkids. He would often just randomly drop off plates of them for all the grandkids to come home and discover on the doorstep. He was also an avid golfer and became a pillar around the Mandan Golf courses. He even stepped in for a brief period to manage the Municipal Golf Course. He was able to golf all the way through the summer of his 84th birthday. In addition to his love for golf, Dennis enjoyed the outdoors fishing and hunting. He was also a die-hard Minnesota everything fan: Twins, Vikings, Gophers, North Stars and Wild. Whether he was at home, on the golf course, out fishing, or anywhere away from home, he had to have the Twins on. He was a Minnesota faithful and they lost a great fan.

Dennis also spent a great amount of time with many of his lifelong friends and family at the local gathering spots to have coffee, play cards, go fishing, or just stopping by for a visit.

Dennis was a kind and generous man, always putting others' needs before his. Dennis' faith was important to him and he passed that on to his family.

Due to the current pandemic crisis, a celebration of Dennis' life will be announced and held at a later date.

Please go to www.weigelfuneral.com to leave your condolences and share memories with his family. 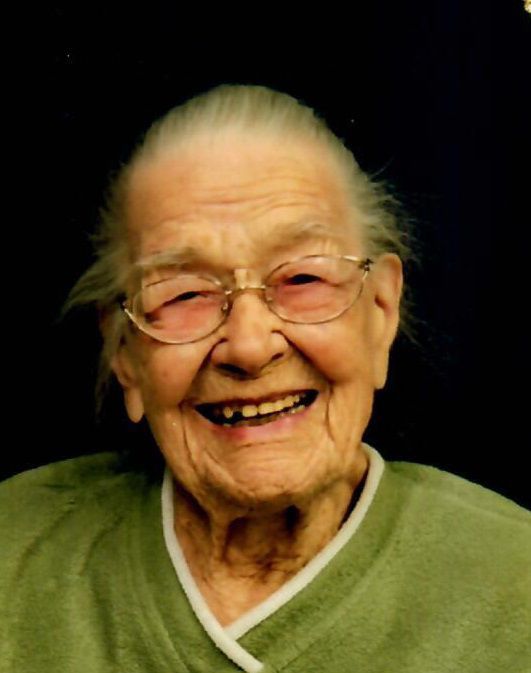 Mary Elizabeth Hansen, 99, passed away peacefully on March 21, 20202 surrounded by her sons at the Garrison Benedictine Living Center. Private funeral services will be held on Monday, March 23 at 10:30 a.m. at St. Nicholas Catholic Church in Garrison. Burial will be at the church cemetery.

Mary was born on March 30, 1920 in the Emmet community, to John and Myrtle Kovarik. She married Clem Hansen in 1940 and raised five sons in Garrison.

Together with Clem they built a custom harvesting business that encompassed five states for 41 years until Clem passed. She then continued with the harvesting business with her two youngest sons until 1995. She loved the harvest tempo and had made many friends from Texas to North Dakota. At age 85 she could still be found in the bed of a farm truck shoveling grain or jumping on a trampoline with grandchildren. She loved to fish and garden, but most of all she loved to chat with her friends over coffee or bridge games.

Get breaking news and news alerts sent to your inbox as they happen! Sign up: