Western North Dakota landowners lined up Friday to testify against an energy bill they called an “offensive” taking of private property rights, while supporters said there’s a misunderstanding of the bill’s intention.

Sponsors of Senate Bill 2344 say it seeks to clarify issues related to pore space, or the cavity or void in an underground formation.

“The formations below the surface have tiny pockets of space,” Johnson told members of the House Energy and Natural Resources Committee. “It is empty, but it is a container that belongs to me and, as the owner of that container, it should be up to me whether I am going to allow someone to use it.”

Ownership of pore space belongs to the surface owner, not the mineral owner.

The bill would change the definition of land to say it means the solid material of the earth, but excludes pore space.

That change in definition was one aspect of the bill that prompted strong opposition from farmers and ranchers who drove to Bismarck for the committee hearing.

“Nothing could be more offensive to the landowners of this state,” said Troy Coons, chairman of the Northwest Landowners Association, which represents more than 500 farmers, ranchers and property owners in the state.

Opponents also objected to language in the bill that states a landowner is not entitled to prohibit or demand payment for the use of pore space.

Attorneys who represent landowners cautioned that, if the state takes away landowners’ rights related to pore space, it would be a violation of the constitution and open the state to lawsuits.

“If the state takes private property, it must pay for it,” Johnson said.

Sen. Jessica Unruh, R-Beulah, the primary sponsor of the bill, said her intention is to protect landowners by providing clarification where currently there is confusion and uncertainty.

“I have been a proponent of landowner issues my entire time in the Legislature and would not stand in front of this committee in a different position,” Unruh testified.

Lynn Helms, director of the Department of Mineral Resources, testified in support of the bill, which he said provides the necessary clarity for industry to proceed with storing gas in underground formations while the industry develops gas capture infrastructure.

Helms said the North Dakota Industrial Commission supports the bill to differentiate between the use of pore space and damages. Helms said the bill does not remove the responsibility of an operator to pay for damaging or disrupting the surface of the land.

“It makes it clear that the use of pore space is not damage,” Helms said.

Agriculture Commissioner Doug Goehring testified in support of the bill, which he said protects farmers and ranchers.

“I believe this bill addresses my concerns for the surface owner recovering damages because of activities on the land while defining pore space in formations below,” Goehring said in prepared testimony.

The case, Mosser v. Denbury Resources, upheld that the company had to pay the ranchers for injecting waste into pore space under their land.

The bill received no opposition in the first half of the legislative session and passed unanimously in the Senate with little discussion. Landowners who testified Friday said they weren’t aware of the bill when it was considered by the Senate.

“People are upset that this has been done without even reaching out to the landowner community to discuss it,” Coons said.

Rep. Todd Porter, R-Mandan, chairman of the legislative committee and a co-sponsor of the bill, assigned a subcommittee to work on the bill.

Some urged lawmakers to consider a more in-depth study of the issue rather than proceed with the bill as proposed.

“I agree that there are issues,” testified Bismarck attorney Derrick Braaten. “But they are complex, dicey issues that require slow and careful thought to figure them out.”

Attorneys who represent landowners are raising concerns about an energy bill that sailed through the North Dakota Senate, with one calling it …

A controversial energy bill passed the North Dakota House Thursday, but a landowner group plans to continue raising concerns as the legislatio…

North Dakota lawmakers have approved a complex energy bill related to “pore space,” but some who opposed the property rights legislation say i…

Gov. Doug Burgum signed a complex energy bill on Thursday that clarifies issues related to pore space, or the void or cavity in underground ro…

A landowners group on Monday sued the state over a new law related to compensation for the use of cavities in underground rock formations, cal… 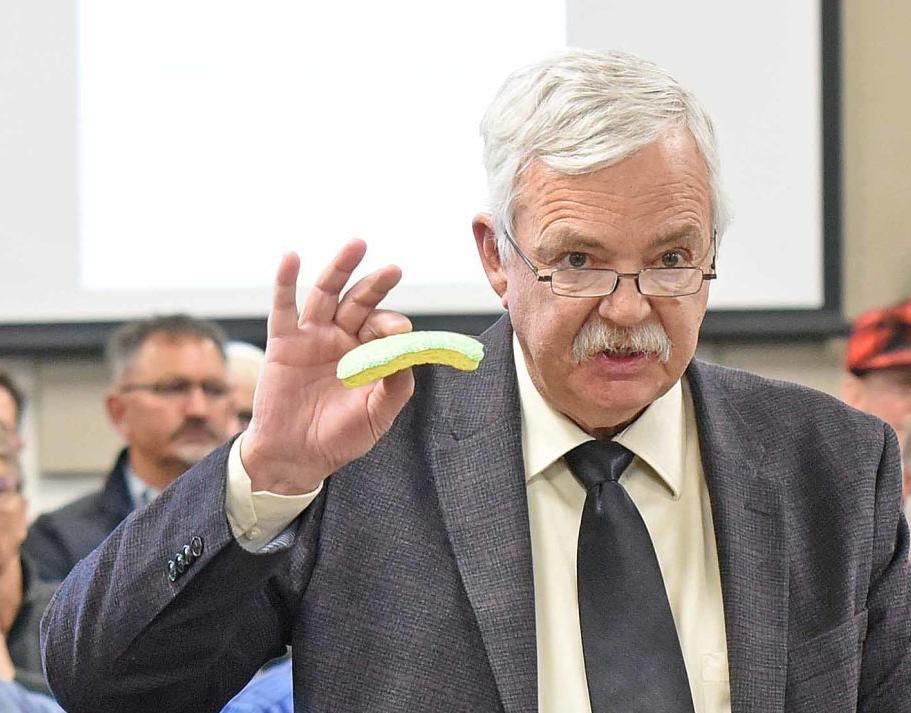 Attorney Dennis Johnson, of Watford City, uses a sponge to illustrate his testimony in opposition to a bill that relates to the use of pore space, the cavity or void in an underground formation, which belongs to the surface owner. 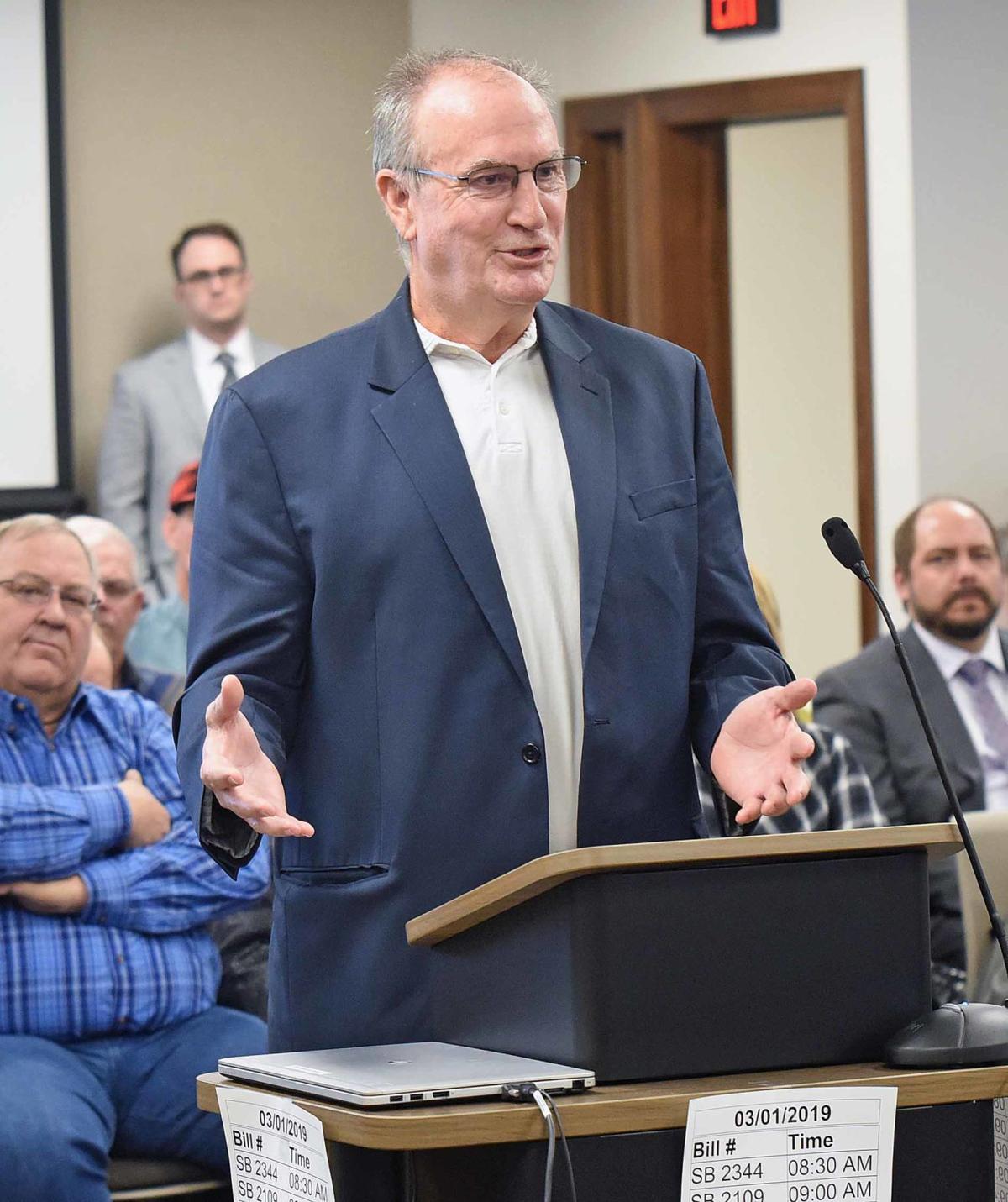 Jim Arthaud, a Billings County landowner, testifies Friday in support of a bill before the House Energy and Natural Resources Committee.