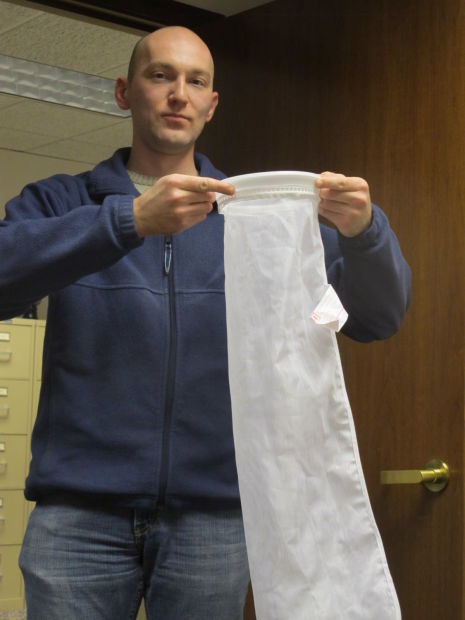 Derek Hall, with the state Health Department’s hazardous waste program, holds up a filter sock, typically used at disposal wells in the oil patch and potentially coated with radioactive waste after use. 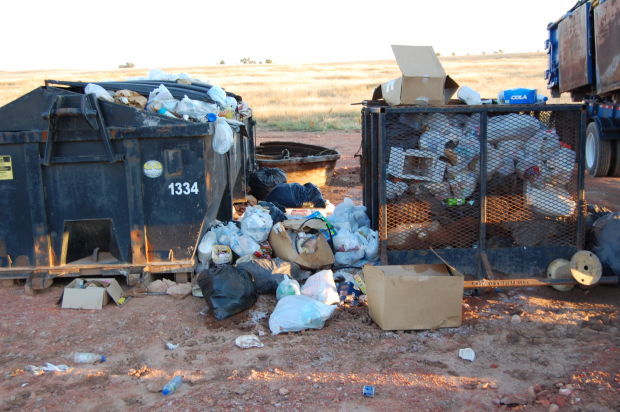 A Next Generation Solutions container for potentially radioactive waste is inundated with other types of garbage at this site in North Dakota’s oil patch. 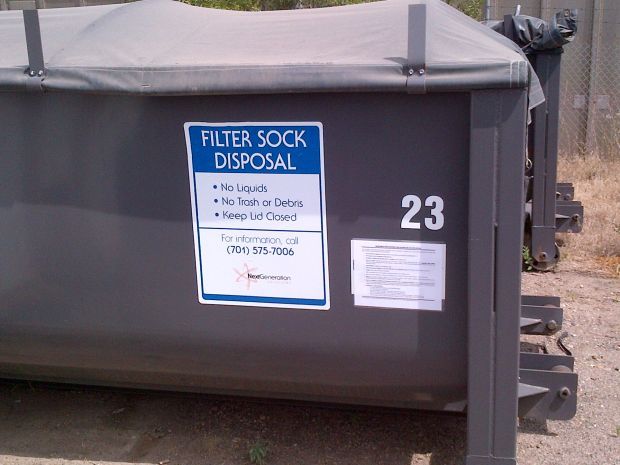 Next General Solutions provides these lined and covered containers for potentially radioactive waste to some sites in the oil patch. The company says only 20 percent of the waste that’s generated, primarily from filters on saltwater injection wells, is properly handled. Where the rest goes is anyone’s guess. 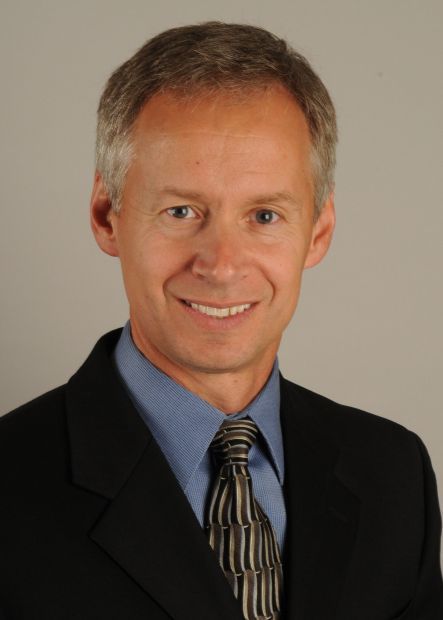 Kurt Rhea is the chief executive officer for Next Generation Solutions. 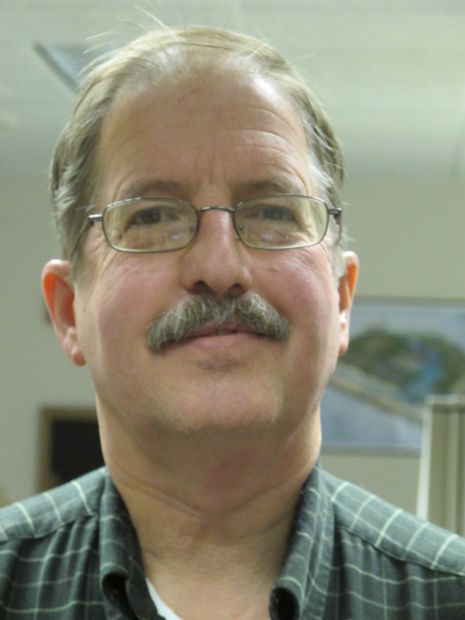 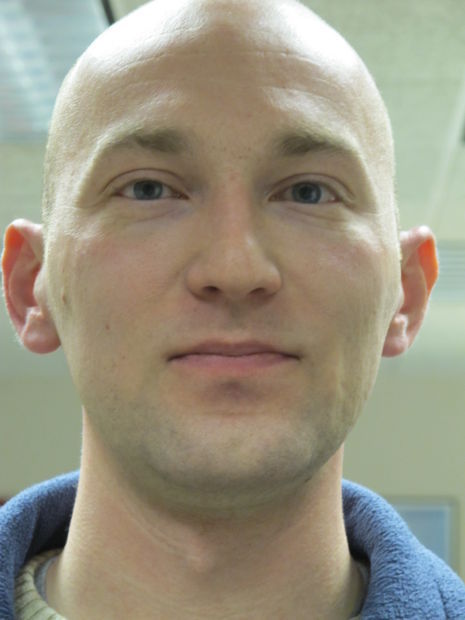 Derek Hall is with the North Dakota Department of Health's hazardous waste program.

Rick Schrieber says radioactive waste from the oil patch does not belong in his landfill. And if a trucker tries to sneak it in, he’s going to wish he hadn’t.

Schrieber is the manager of the McKenzie County solid waste landfill near Watford City. He recently wrote $110,000 in fines to truckers who brought in fabric filter socks that are banned from landfills because they’re potentially coated with radioactive waste.

The filters — about the size of a long butterfly net — are used to strain the toxic saltwater and hydraulic fracture water that comes from oil wells while it’s being injected into deep disposal wells.

Not all saltwater is “hot,” but radioactive particles will accumulate on the filters if they’re used long enough, or in certain areas of the Bakken.

There are some 511 injection wells out in the oil patch and filters can be changed multiple times every day, meaning there are potentially thousands generated every week.

A serious problem of poorly managed radioactive waste is only going to get worse, said Steve Tillotson, assistant director of the state’s solid waste management program.

Kurt Rhea is chief executive officer for Next Generation Solutions, a Colorado company that collects some radioactive waste in the Bakken and transports it to approved disposal sites in other states.

He said it isn’t handling nearly as much as it should be, leaving him to wonder where most of it is going.

“Everything we’ve tested in the Bakken, it all exceeds 5 pCi per gram, virtually every sample,” he said. The number is the state’s minimum threshold for radioactivity and stands for Picocuries, a unit of measurement for elements like radium and uranium.

Rhea said if even low-level radioactive waste is buried in a typical solid waste landfill, “You’ve got a problem that doesn’t go away.”

Exposure, depending on duration and intensity, can cause radiation poisoning, nausea and vomiting, up to cancer-causing cell changes or birth defects in humans and wildlife.

Basic precautions, like not eating or smoking around the material and wearing gloves, are advisable.

“The average oil field worker with even basic safety precautions is not at risk,” Rhea said. But everyone, over the course of a lifetime, should keep radioactivity exposure as low as possible, he said.

Radioactive waste might be the most potent, but it’s not the only problem at oil patch landfills, which are taking on enormous volumes of waste.

Landfills by their nature aren’t pretty, but what’s happening in the oil patch landfills is downright dangerous.

The Williston landfill started on fire 16 times this year. Some operators have gotten sick from or burned by chemicals and complain of eye and lung irritation.

Some landfills will only work with cooperative haulers and have banned others, Tillotson said.

Schrieber said one trucking company took a $63,000 hit two weeks ago when the driver brought in 250 filter socks that had been dropped into a container box near New Town.

“We’re plumb serious about it and to get out the message, we’ve got to hit them in the pocketbook,” he said. “I absolutely cannot have that here.”

Truckers can be fined for even trying to bring outlawed radioactive waste to the landfill.

If the operators reject the load, they report it to the state Health Department and email the truck name and number to other solid waste landfill operators in the oil patch.

“We’re hyper vigilant to catch this stuff before it goes into the ground,” Schrieber said. “We’re all talking to each other.”

The Health Department told landfill operators not to take filter socks and to report all rejected loads about a year ago, when some loads started setting off Geiger-type meters at the landfill gates.

A total of 99 loads have been rejected since reporting started in April. Of those, 33 loads had radioactive materials. Others had oil well pit liners, which should go to a special waste landfill. Some had hazardous waste.

There are special waste landfills in the oil patch and five new sites in the application stages. They can handle industrial waste, like pit liners, but not if it’s radioactive or hazardous.

Some truckers say they had no idea the filter socks had been ditched or hidden in garbage they picked up from a man camp. Clueless, or not, “that’s not my problem,” Schrieber said.

After it’s rejected, the state does not have a tracking system for where it goes, Tillotson said. Where it ends up is anyone’s guess.

Where the waste should go, if it is radioactive, is to an approved waste disposal facility — and there are none in North Dakota, Tillotson said. The closest are in Colorado, Utah and Idaho.

Next General Solutions has about 30 sites where it has set up lined and sealed containers to collect such materials as filter socks that are then transported to approved facilities. Most of those sites are at saltwater disposal wells.

Rhea figures maybe 20 percent of the radioactive waste is being handled the way it should be by conscientious companies.

That other 80 percent? Good question, he said.

Tillotson said the department knows some radioactive waste is properly handled. “Where the rest of it is going, we have no idea,” he said.

Rhea said it costs a company about $8,000 per container to have waste transported to an approved facility. His company provides a certificate of disposal.

“They get proof that it went where we said it would go,” he said.

It isn’t cheap, he acknowledges, “but the bigger issue is them trying to sneak it into the landfill.”

Tillotson said if it seems like the department isn’t going far enough or fast enough with radioactive waste, that’s partly because the problem is still so new.

Derek Hall, who’s with the department’s hazardous waste program, said he’s sent fair warning to every company that shows up on the rejected load report. Some are big transport companies and show up over and over again.

Repeat violators are being sent registered letters of apparent violation that could lead to enforcement action, Tillotson said.

State officials estimate a shutdown of the Dakota Access Pipeline could result in Bakken crude losing value and cause some in the oil industry to flee North Dakota.

North Dakota regulators on Wednesday decided not to impose any production cuts on the oil industry amid the coronavirus pandemic.

The operator of the Dakota Access Pipeline estimates it will take three months to empty the pipe of oil and take steps to preserve it for future use.

State officials on Tuesday reported a saltwater spill at a well site in in McKenzie County.

A trucking company accused of illegal dumping in the North Dakota oil patch could be facing up to $2 million in fines, according to an adminis…

Work is slated to begin July 16 to plug the first of North Dakota’s abandoned oilfield wells under a new program approved by regulators.

Derek Hall, with the state Health Department’s hazardous waste program, holds up a filter sock, typically used at disposal wells in the oil patch and potentially coated with radioactive waste after use.

A Next Generation Solutions container for potentially radioactive waste is inundated with other types of garbage at this site in North Dakota’s oil patch.

Next General Solutions provides these lined and covered containers for potentially radioactive waste to some sites in the oil patch. The company says only 20 percent of the waste that’s generated, primarily from filters on saltwater injection wells, is properly handled. Where the rest goes is anyone’s guess.

Kurt Rhea is the chief executive officer for Next Generation Solutions.

Derek Hall is with the North Dakota Department of Health's hazardous waste program.