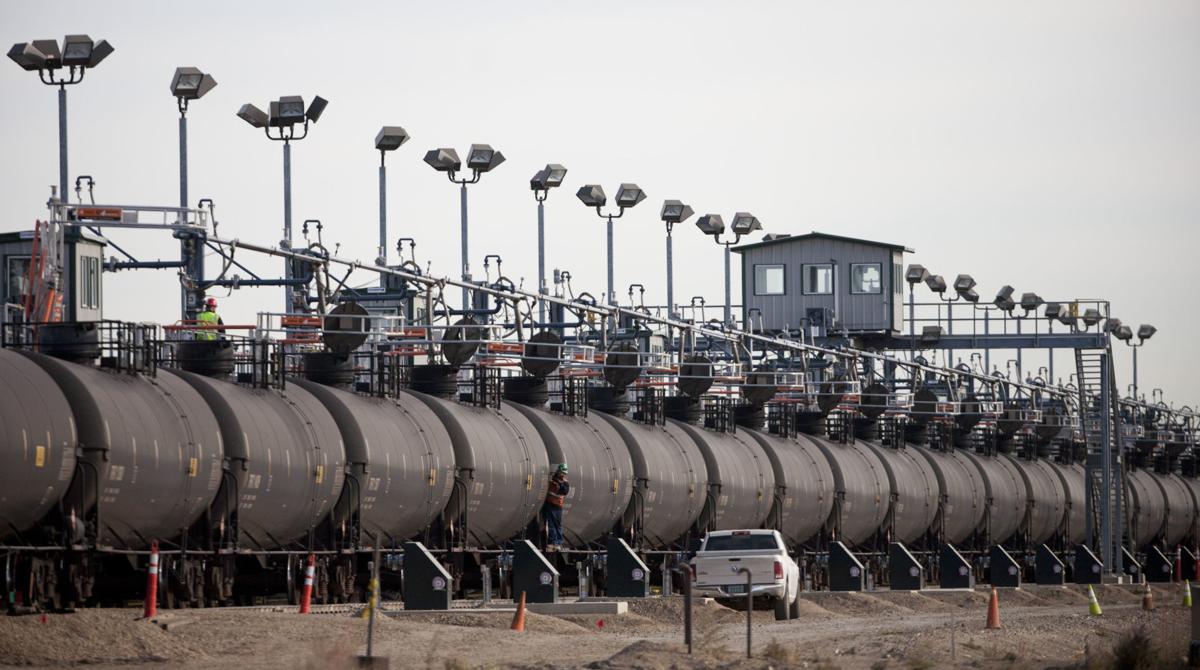 Oil tanker cars are lined up at a crude oil loading terminal in Tioga in 2016.

Legislators in Washington state are considering new regulations to reduce the volatility of Bakken crude oil shipped by rail.

But North Dakota’s top oil regulator says the proposal is not backed by science and he’s requested state dollars to sue the state of Washington if the legislation advances.

The Washington Senate voted last month to require a lower vapor pressure limit for Bakken crude shipped through the state by rail, a measure aimed at protecting communities from fiery derailments.

North Dakota regulations that took effect in 2015 require companies to remove the most volatile gases from Bakken crude oil to ensure the vapor pressure doesn’t exceed 13.7 pounds per square inch.

North Dakota officials set that threshold based on a national standard for stable crude oil, which is 14.7 psi, and taking into account a margin of error of 1 psi for sampling and measuring, said Lynn Helms, director of the Department of Mineral Resources.

Under the bill in the Washington Legislature, a facility may not store or offload crude oil produced from the Bakken unless the oil has a vapor pressure of less than 9 psi.

Helms said removing the light hydrocarbons from Bakken crude to achieve that vapor pressure would “devalue the crude oil immensely.”

“If this becomes law, crude oil will no longer come there from North Dakota. It will find another home because it would be devalued,” Helms told members of the North Dakota Industrial Commission last week.

Helms traveled to Washington last month to testify against the bill now being considered by a House committee.

“I assured them that if that study says something different than what North Dakota has adopted, we would look at making changes,” Helms said.

Refineries in Washington are the top destination for Bakken crude-by-rail deliveries, with an average of 200,000 barrels traveling to the state per day, according to the North Dakota Pipeline Authority. That is the equivalent of about 20 trains per week.

Rail transportation of Bakken crude peaked in 2014 at more than 800,000 barrels per day, but rail volumes decreased as the state developed more pipeline capacity.

Helms cautioned that, if Washington were to effectively ban North Dakota crude oil, the refineries there would likely instead import oil from West Africa that would travel on large crude oil carriers through Puget Sound.

Billig, the primary sponsor of the legislation, was not available for an interview on Friday. The House committee is expected to take action on the bill this week.

In a press release about the legislation, Washington Senate Democrats cited derailments of Bakken crude oil, including the Lac-Megantic derailment that killed 47 people in 2013.

They also highlighted a 2016 derailment and fire in the Columbia River Gorge in Mosier, Ore., that burned for 14 hours and required the evacuation of much of the town. The Federal Railroad Administration said the Bakken oil on that train had a vapor pressure of 9.2 pounds per square inch.

Previously, a petition led by the attorney general of New York pushed federal authorities to require a Reid Vapor Pressure limit of less than 9 psi. However, the Reid Vapor Pressure is a different method of measurement than what North Dakota uses in its regulations. The Washington legislation does not specify the method of measuring vapor pressure.

Scott Skokos, president of the Dakota Resource Council, also advocated for a lower vapor pressure limit for North Dakota when the state recently considered changes to its oil conditioning rules.

“The 9.0 standard is something many people are thinking about,” Skokos said.

Kari Cutting, vice president of the North Dakota Petroleum Council, said there is no evidence that a vapor pressure of 9 psi improves safety. She said federal rules adopted in 2015 by the Pipeline and Hazardous Materials Safety Administration have made crude by rail transportation safer.

“You cannot make crude oil a non-flammable liquid,” Cutting said. “You have to make sure it’s in a robust rail car, that there’s speed restrictions, track maintenance and track inspections.” 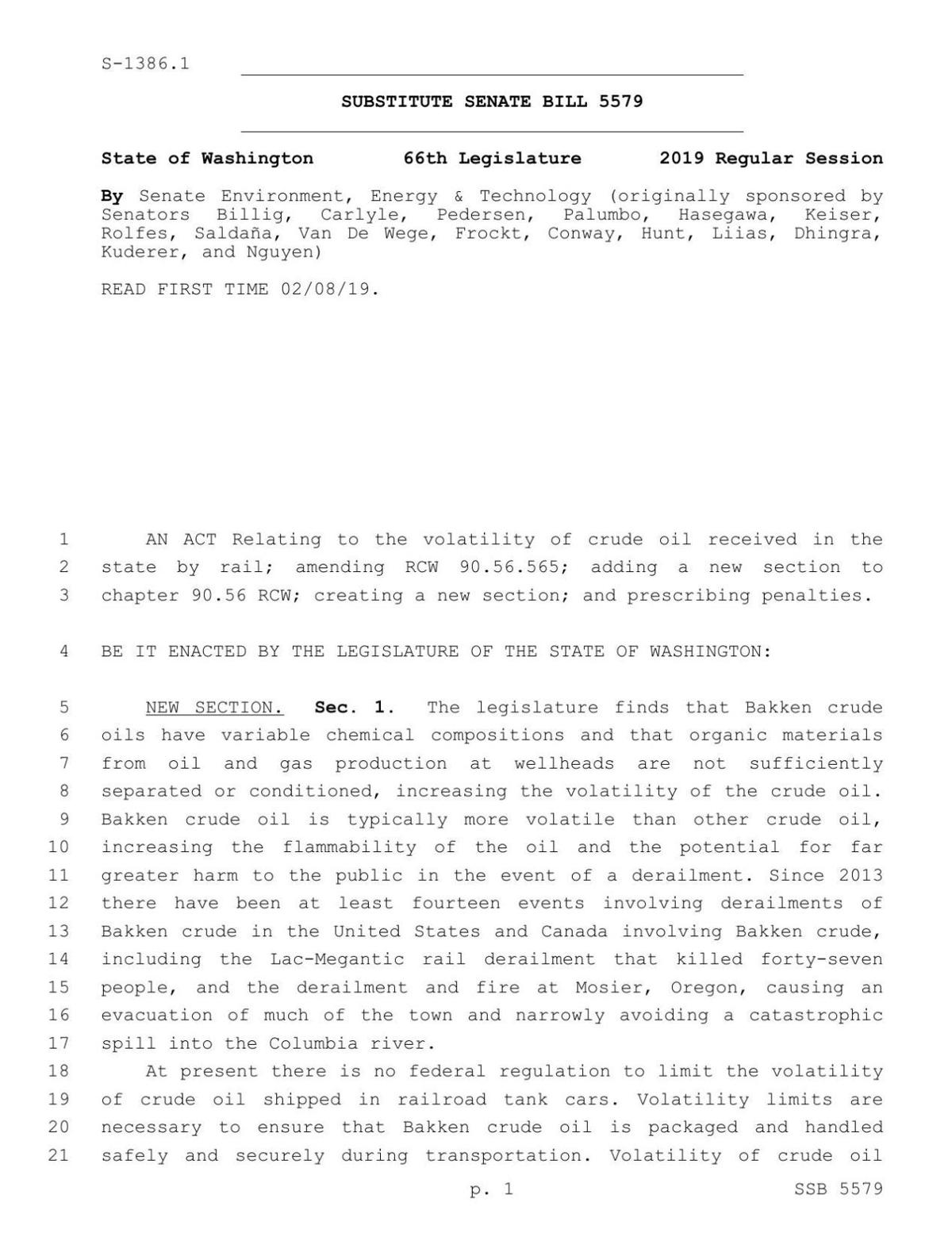 The governor of Washington state signed a bill Thursday with new requirements for Bakken crude oil shipped by rail, setting up a likely legal …

Oil tanker cars are lined up at a crude oil loading terminal in Tioga in 2016.