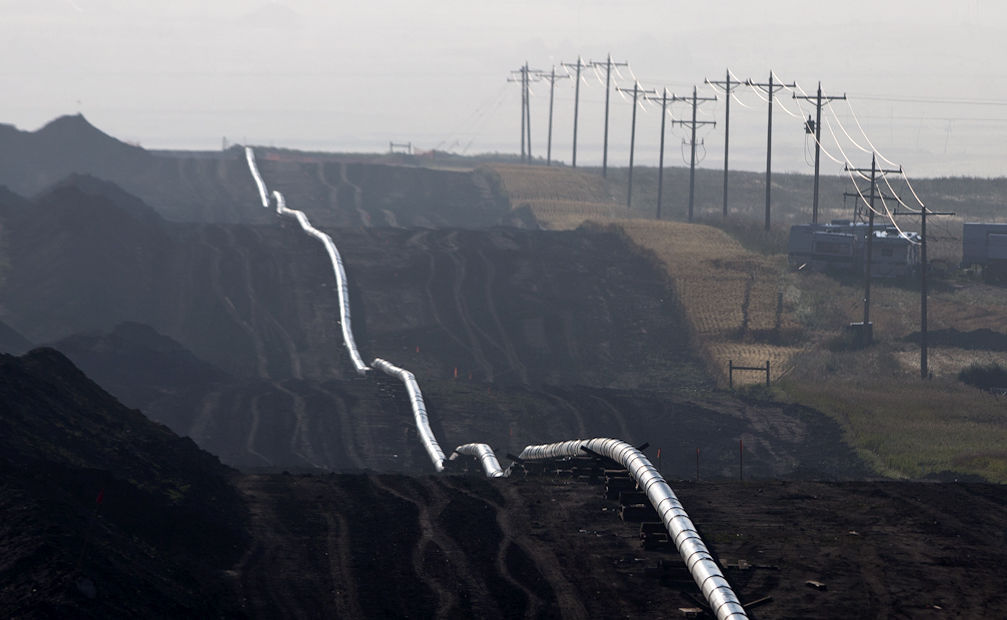 The Dakota Access Pipeline will carry oil from the Bakken to Patoka, Ill. 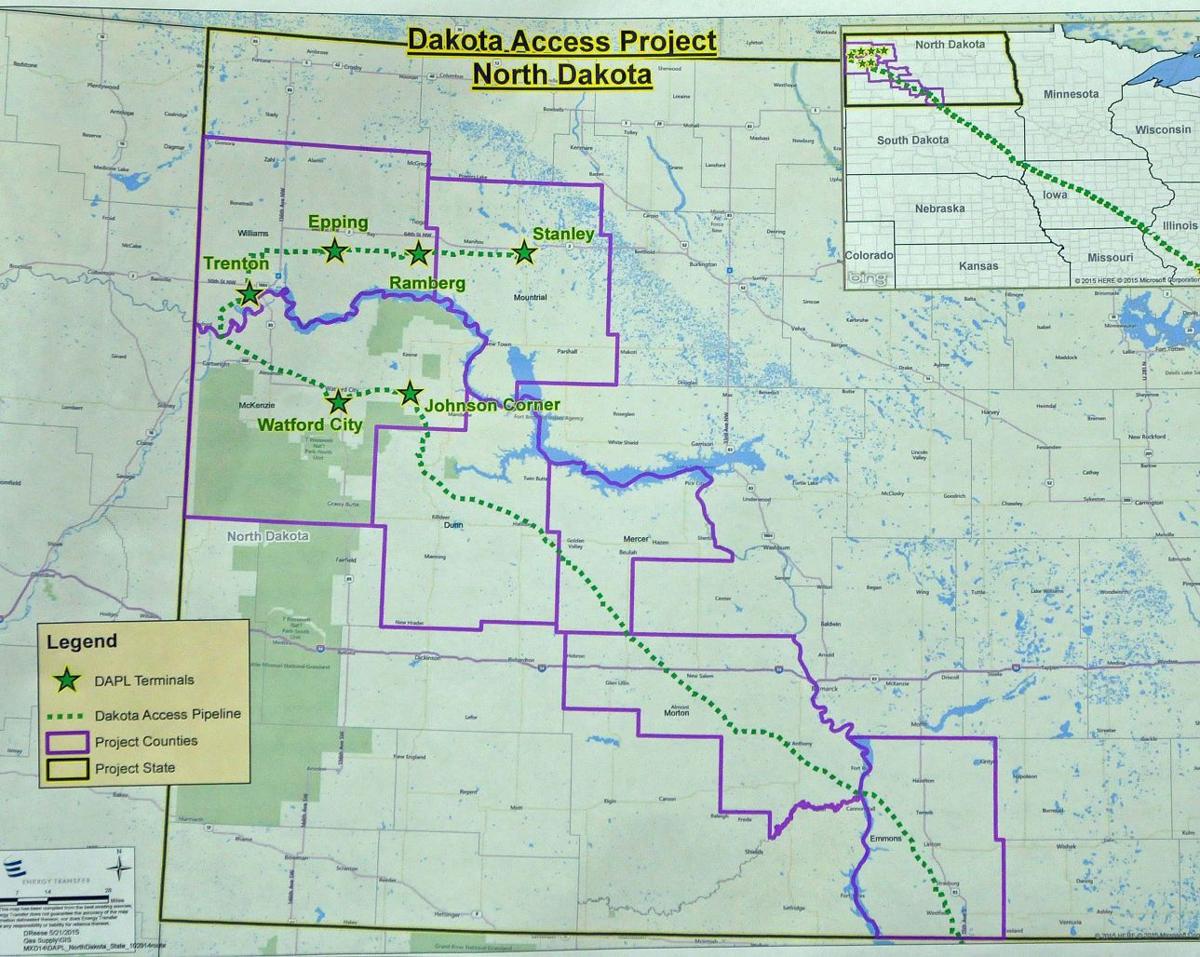 The proposed route of the Dakota Access Pipeline project begins near Stanley and ends near Patoka, Ill.

A federal judge will rule by Sept. 9 on the injunction filed by the Standing Rock Sioux tribe to stop construction of the Dakota Access Pipeline, according to attorneys representing the tribe.

U.S. District Court Judge James Boasberg in Washington, D.C., decided Wednesday to take a couple of weeks to rule on whether to halt the pipeline's construction while the tribe pursues its lawsuit against the U.S. Army Corps of Engineers, alleging violation of the National Historic Preservation Act during the pipeline permitting process.

Stephanie Tsosie of Earthjustice, co-counsel for the case, said Boasberg stated he wanted more time to look at the issues.

In the meantime, Dakota Access Pipeline developer Energy Transfer Partners discontinued work at the site of tribal protests of the project in advance of this week's hearing. However, pipeline construction is continuing at other locations in North and South Dakota, Iowa and Illinois, and the project is still expected to be completed by the end of the year.

According to court documents filed Aug. 18 by Dakota Access Pipeline, the project is about 45 percent complete.

“A temporary injunction would have devastating short- and long-term impacts to the DAPL project,” the company argued. “Construction of the entire project would cease and the project itself would be jeopardized. Hundreds of deviations from the construction schedule would occur costing as much as $540,000 per occurrence. The aggregate direct impact of these changes would exceed $100 million.”

Adding an estimated $913 million of lost revenue in 2017, as well as costs of renewing permits and other contracts, the company put the cost of an injunction at $1.4 billion in the first year.

In its arguments, Tsosie said Earthjustice focused on the fact that the tribe wants to be better consulted before a portion of the 1,168-mile crude oil pipeline is drilled beneath the Missouri River north of the Standing Rock Sioux Reservation. The tribe has expressed concerns that, should the pipeline leak, the tribal water supply would be affected.

"Whatever the final outcome in court, I believe we have already established an important principle — that is, tribes will be heard on important matters that affect our vital interests," said Archambault, adding that he believes a foundation for the future has been set in terms of tribal unity.

"We have seen the power of tribes coming together in unity and prayer and we will continue to pray for the protection of water, mother earth and her creation, as well as all past and future generations," he said.

Eileen Williamson, a spokeswoman for the corps, said the corps does not make comments on ongoing litigation per agency policy. In court documents, the agency countered it had hundreds of communications with the tribe.

“Rather than constructively participating in the process that has been going on for the last three years, plaintiff has waited until this critical juncture to invoke the jurisdiction of the court,” Dakota Access argued in court documents.

Tsosie said Archambault was on hand for the Wednesday court hearing, as well as several members of the tribal council, the tribe’s historic preservation officer and many general tribal members.

“It highlighted how important this is to the tribe. This is not a small issue to them,” Tsosie said.

The company did not respond to requests for further comment.

An ACLU lawyer will represent a protester being sued by Dakota Access, A11

The Dakota Access Pipeline will carry oil from the Bakken to Patoka, Ill.

The proposed route of the Dakota Access Pipeline project begins near Stanley and ends near Patoka, Ill.